Ever since Harley-Davidson ushered in its Project Rushmore changes to touring models in 2014, fans of the battle between Harley and Indian Motorcycle have observed that the latter brand has come up short in the infotainment stakes. 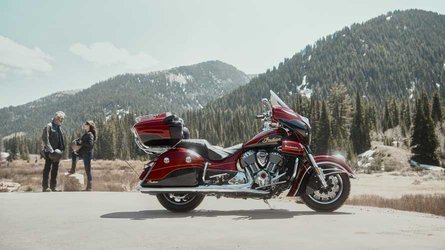 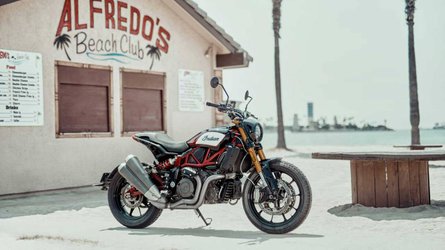 Now Indian has finally fired back. The Polaris-owned company has announced that it is now offering the largest touchscreen and infotainment system on two wheels – called Ride Command. 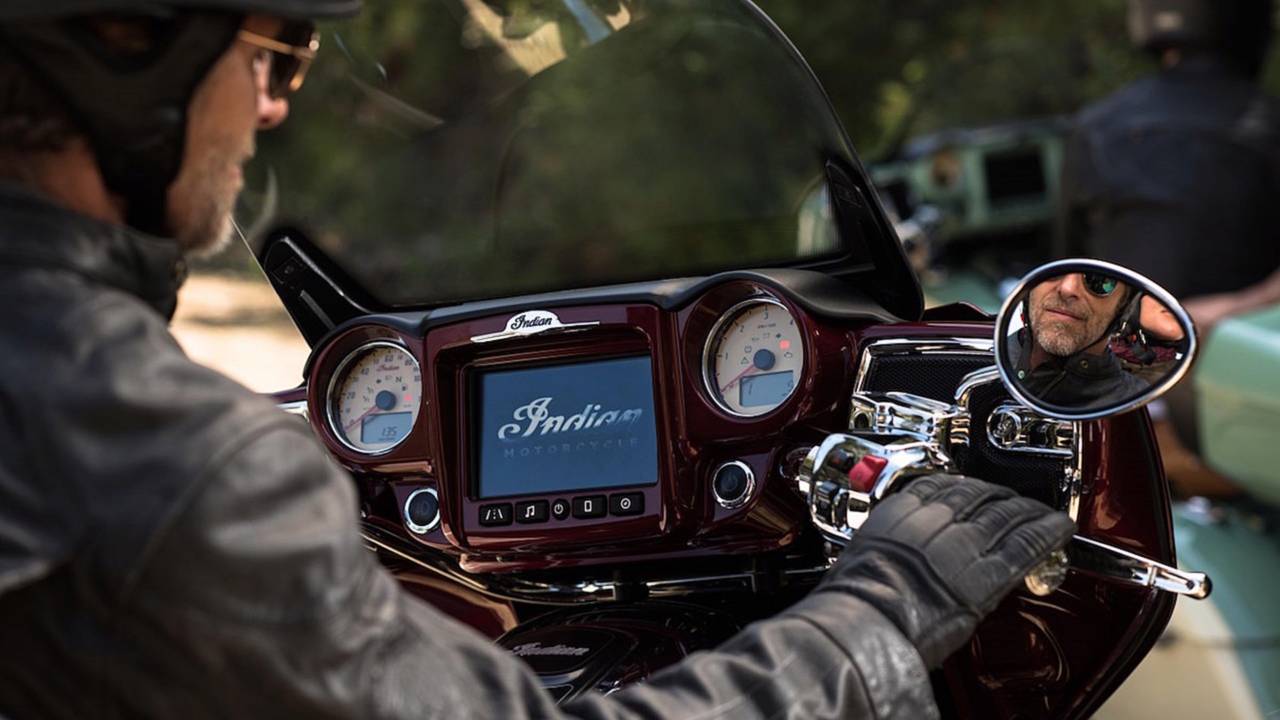 Integrated into the dash of the 2017 Roadmaster and Chieftain models as standard, the system offers, according to Indian, “the best display in the industry.”

“We’ve put considerable time and effort into developing this touchscreen system and we know that riders are going to be seriously impressed by the way they can customize screens with the information that’s important to them,” said Indian Motorcycle Marketing Director Reid Wilson. “Not only will they be able to get to where they want more safely and with more confidence, they’ll be able to do this while making the most of Ride Command’s ability to link up to their smartphone to listen to music or take a call.” 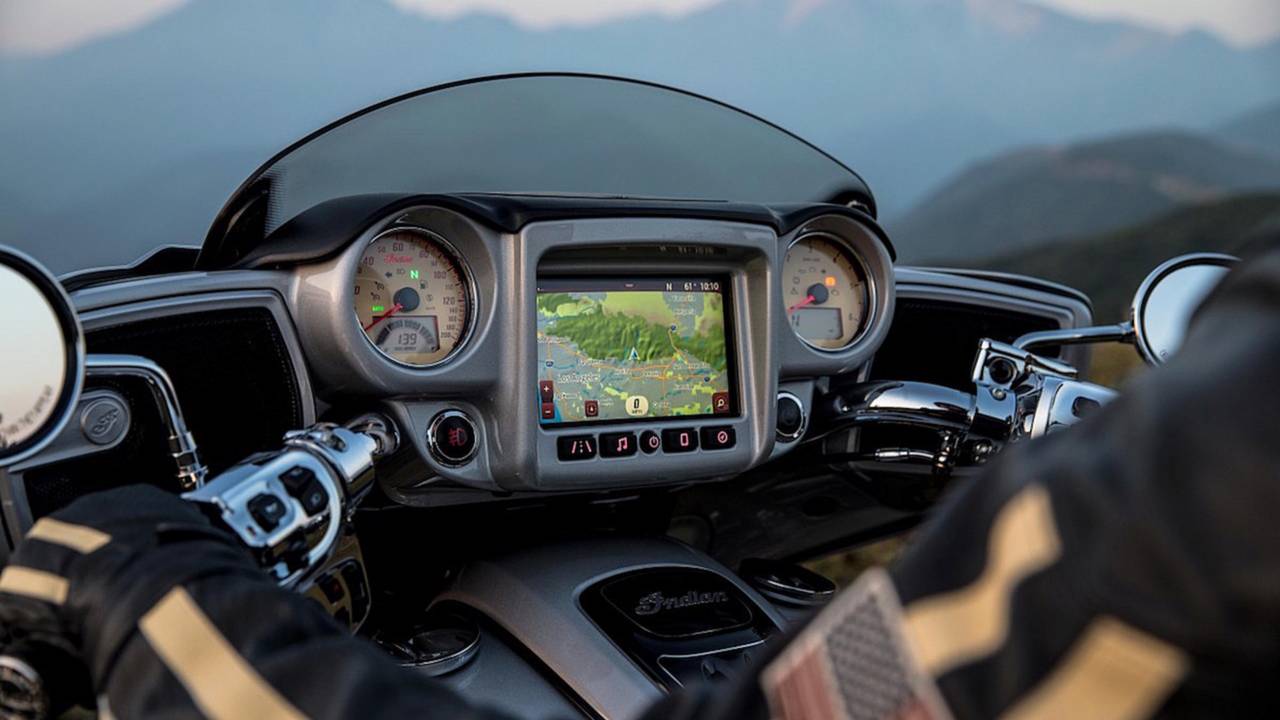 With a 7-inch screen, Ride Command beats Harley-Davidson’s system by a whopping half inch. Indian says its system also offers the highest resolution (800 x 480 pixels) and brightest screen in the industry, along with the fastest response time.

The touchscreen has two-finger touch capabilities featuring a glove-accepting, pinch-to-zoom capability like a smart phone. The system integrates with Bluetooth-capable phones or headsets and the presence of good old-fashioned buttons means riders don’t have to worry about a fussy touchscreen. 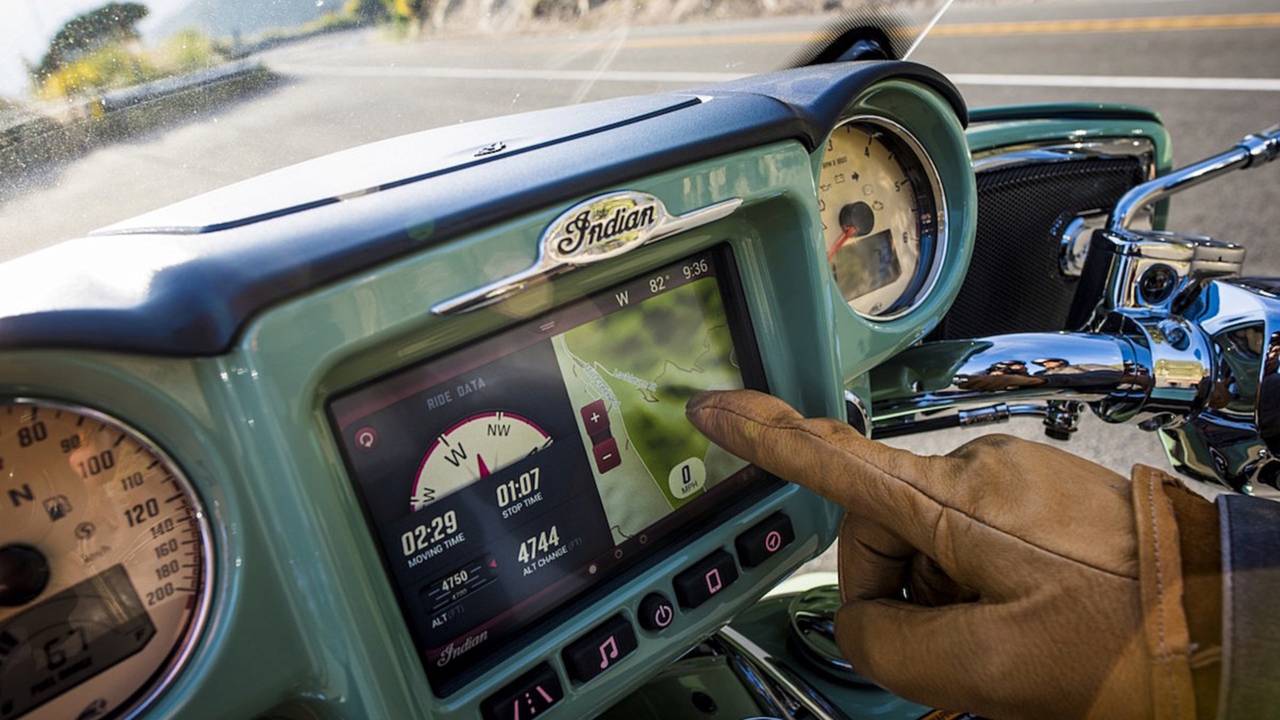 Ride Command can be customised to show eight different screen options that can be used in any combination:

The feature was unveiled as part of the 2017 model year lineup, which will be available to demo next week at the Sturgis Motorcycle Rally.