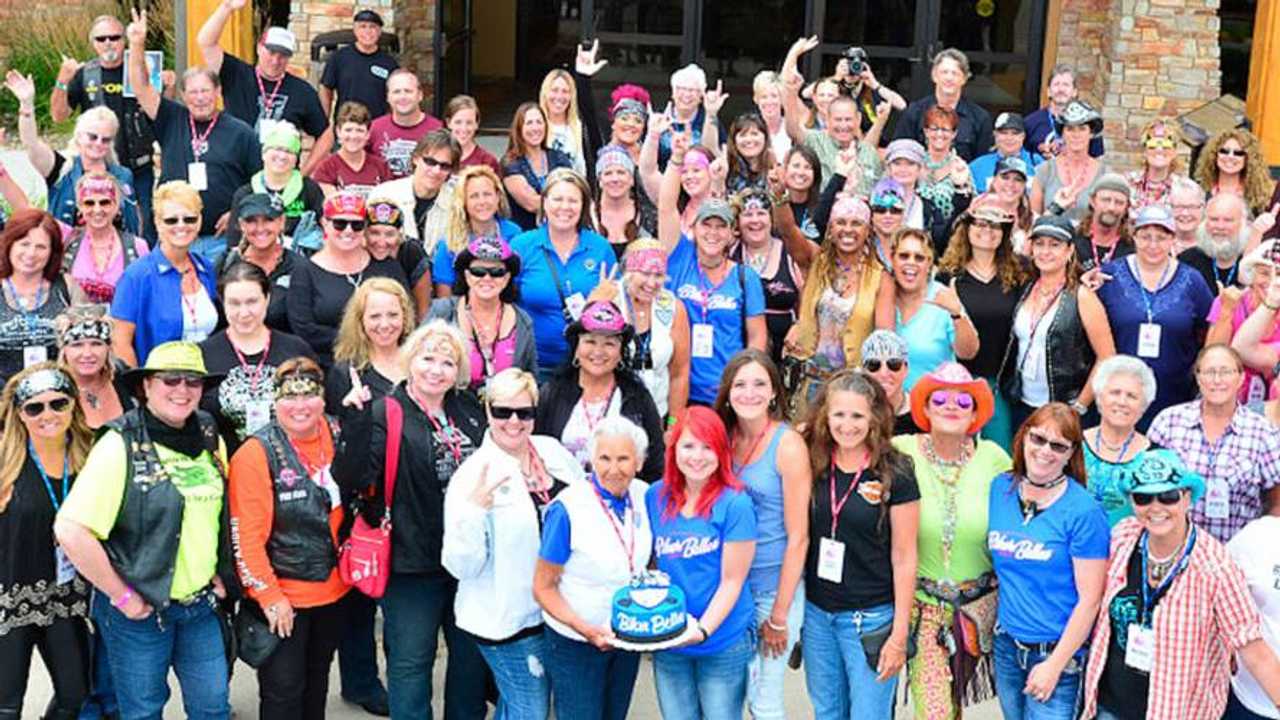 Biker Belles Celebrate Female Motorcyclists at SturgisFor most of the year, Sturgis, South Dakota, would fit into a corner of the Harley-Davidson...

For most of the year, Sturgis, South Dakota, would fit into a corner of the Harley-Davidson plant in Milwaukee. But each year in August, the rustic hamlet in the Black Hills (population 7,000) becomes the cruiser capital of the Midwest, with a rolling citizenship of some 700,000 souls. Most of whom have ridden in from the far reaches of the country.

The City of Sturgis government offices are at 1040 Harley-Davidson Way. But things have changed in recent years. Milwaukee can no longer claim nearly total domination of the cruiser/bagger/custom/chopper/bobber markets. Of course the Japanese have claimed at least a minor share for years, but now you see sizable components from Victory, Triumph, Indian and BMW. Even Ducati is in the game!

And Sturgis isn't the massed collective bromance of bearded, beer-drinking rowdies that it once was. Nay, these days the female contingent has moved in with the Biker Belles Symposium at the Buffalo Chip Campground. The conference will be led by a panel of prominent women riders in the industry; journalist Marilyn Stemp of Iron Trader News is the moderator, joined by Iron Lilies co-founder Leticia Cline, BMW's National Marketing Manager Sarah Schilke, Jody Perewitz of Cycle Fab and land-speed record holder Karlee Cobb.

In terms of public recognition, these are some of the leading ladies of American motorcycling.

"I look forward to participating in this unique event alongside such notable industry veterans,” said Schilke.  “It's an honor to represent BMW for its ongoing commitment to women and motorcycling."

Following a ride through the beautiful Black Hills of South Dakota, the panel will discuss the theme “Two-Wheeled Transformation” while guests enjoy a catered lunch at The Lodge at Deadwood. The event was created to raise awareness of the passion, diversity and spirit of women in motorcycling and to raise funds for local worthy charities.

The Biker Belles activities are scheduled for Tuesday, August 9. Participants are asked to make a $60 contribution to join the festivities, 100 percent of which directly benefits two South Dakota charities for women-related causes: Helping with Horsepower, and the Sturgis Motorcycle Museum & Hall of Fame.