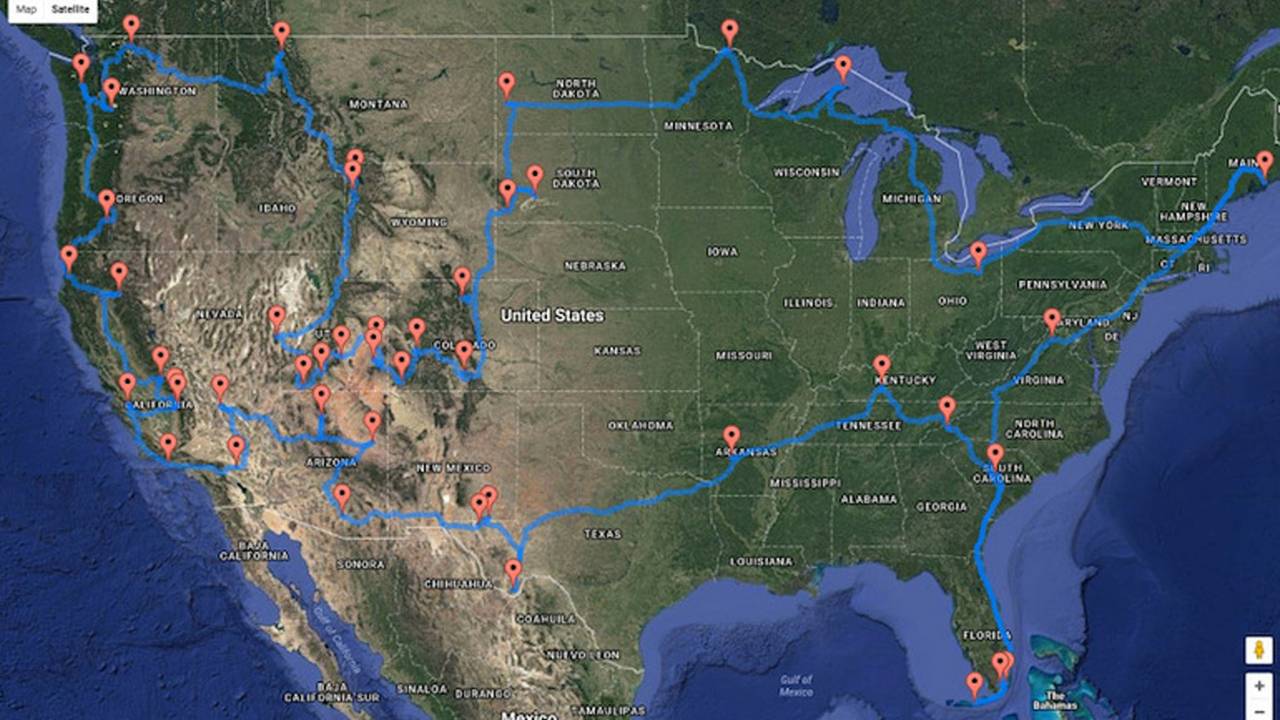 Looking to take the ultimate road trip this summer?

Dr. Randal Olson, data scientist at the University of Pennsylvania, decided to celebrate the 100th anniversary of the U.S. National Parks Service by creating a map for the shortest possible road trip while stopping at all 47 national parks in the lower 48 states.

Olson has developed what he calls the optimal route for visiting the parks in sequence.

“In total, this road trip spans 14,498 miles (23,333 km) and will take roughly two months to fully enjoy, depending on your pace," he said. "I’ve designed this road trip to form a circle around the U.S., so you can hop on at any point and proceed whatever direction you like. Just make sure to follow the agenda from that point on if you want to follow the optimal route.”

Here are all the stops in order. Just pick the one closest to you and start there.