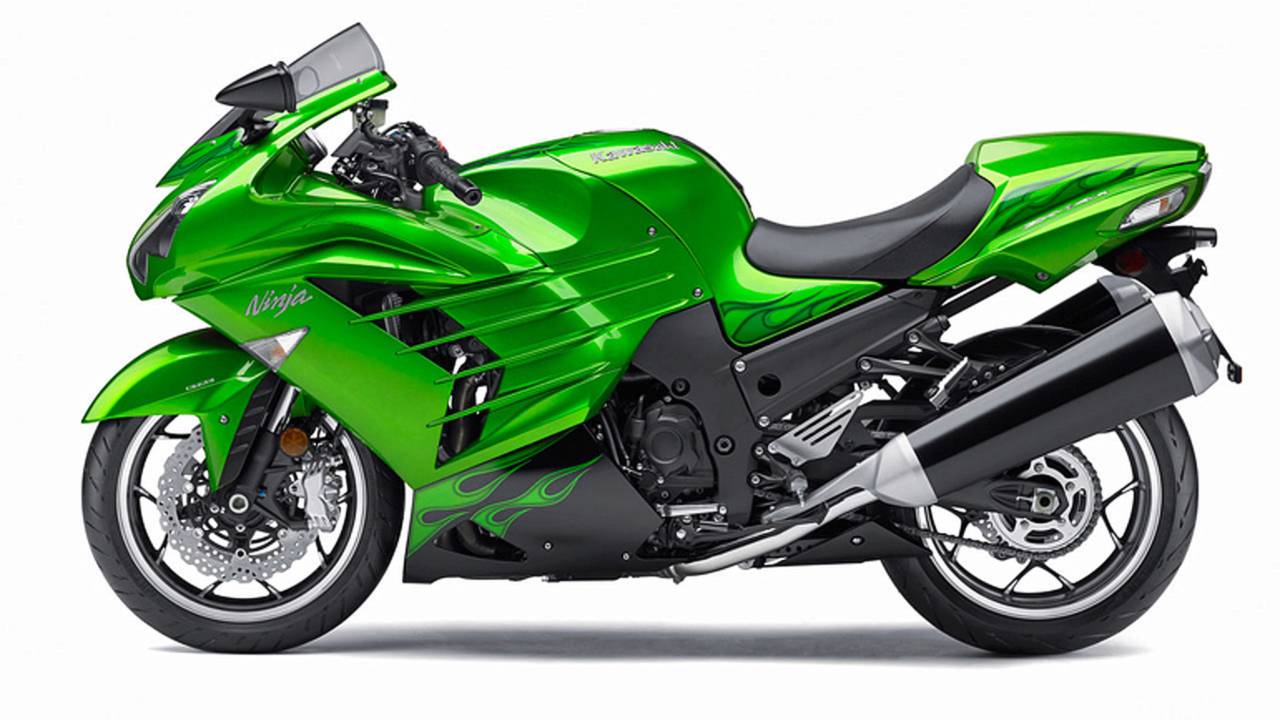 As the year of Kawasaki’s 50th USA Anniversary winds down, the celebration gets bolder. “Audaciousness. It must be in our blood, because in every decade for 50 years, Kawasaki has blasted the powersports industry wide open with a new kind of product that, to borrow from a certain famous TV series, “boldly goes where no man (or woman!) has gone before.”

Check out the magazine ad for the Kawasaki Mach III. Notice the safety gear necessary to ride the world's fastest production bik has changed a little in recent years.

But this century saw the biggest green dog of all, the 1352cc ZX-14. Its 11,000-rpm DOHC engine howled beneath an aluminum monocoque frame, and it sported the beefiest rear tire – 190/50ZR17 – ever fitted to a production Kawasaki sportbike. And was it quick? You might say that. The motorcycle media was eager to put the Ninja ZX-14 to the test. Soon after the launch, editors began hitting the local test tracks, with Rider Magazine stating the Ninja had “unmatched power,” and Motorcycle-USA.com saying “the ZX-14 is definitely a rocketship.” You can watch our new Managing Editor riding the ZX-14 at Las Vegas Motor Speedway a few years back in the video below.

After its launch in 2006, the Ninja ZX-14 received various minor improvements until 2012, when the NinjaZX-14R got a significant displacement boost to 1,441cc, three rider-selectable power modes and traction control, Cycle World noted, “The 14’s power dominates like King Kong in a parakeet cage,” they wrote “Everything else is officially slow.”