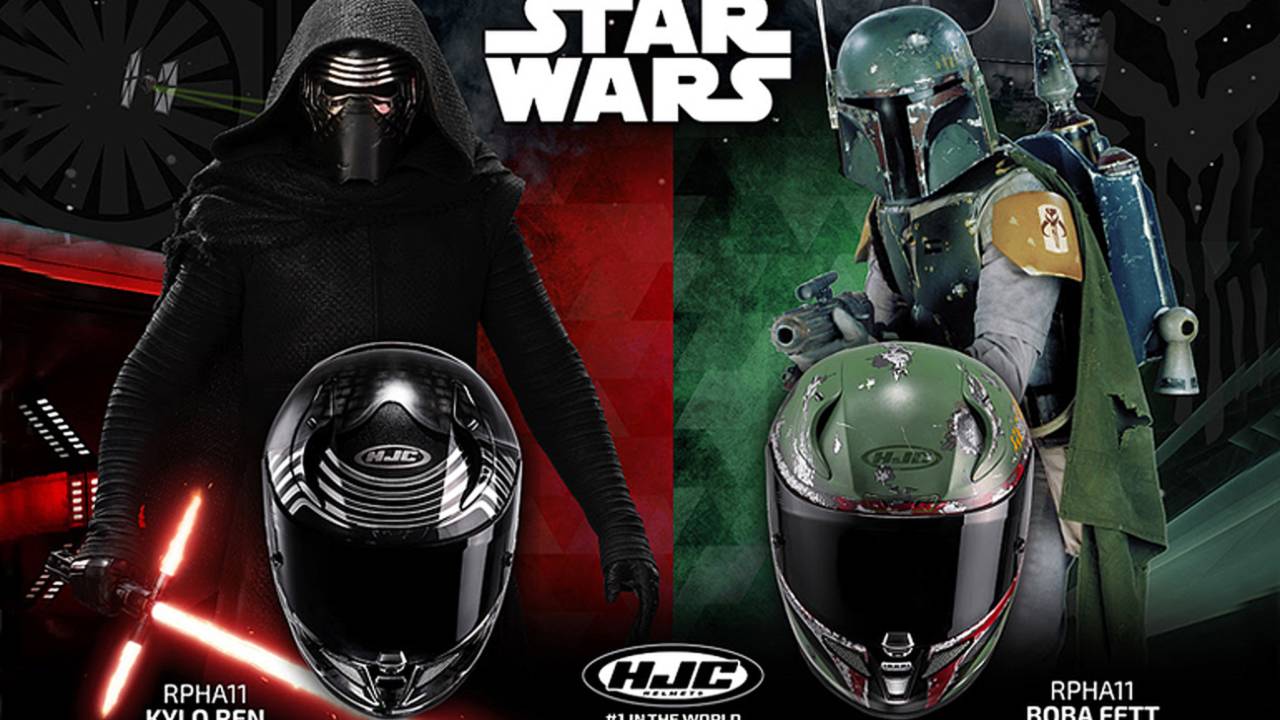 HJC Helmets is celebrating its 45th anniversary with the release of Star Wars branded helmets for 2017. Lucas film claimed the #1 film of all time at the North American box office last year, with “Star Wars: The Force Awakens.” Now riders can now express their devotion with Star Wars thmed helmets while they ride.

Three Star Wars graphics will be released in early 2017. Kylo Ren, every fan's favorite new character on the dark side, will be represented on HJC's premium helmet model, the RPHA 11. Another villainous favorite, Boba Fett, was also simulated on the RPHA 11 helmet. The Death Trooper is an adversary from the upcoming film: “Rogue One: A Star Wars Story,” and will appear on the FG-17 fiberglass, full face helmet.

"We are thrilled to be working with the awe-inspiring brand that Lucasfilm has created,” said George Hong, President of HJC America. “We anticipate great response around the world to the character graphics. In particular, riders and fans of Star Wars will love the RPHA 11 Kylo Ren's special chrome and flat finish graphic design and the uniquely distressed graphic of the RPHA 11 Boba Fett.”

Kylo Ren, Boba Fett and the Death Trooper are just the first three “Star Wars” graphics to be launched. HJC plans on producing additional graphics from the space saga to bring the excitement and memorable visuals of the brand to the quality and performance of HJC Helmets. Apparently HJC is holding off on revealing the Death Trooper lid until the actual release so hang in there, it's coming.

While HJC has yet to ask for public suggestions on which characters to feature on upcoming helmets, Papa has submitted two of his favorites – Jaba the Hutt and Jar Jar Binks.