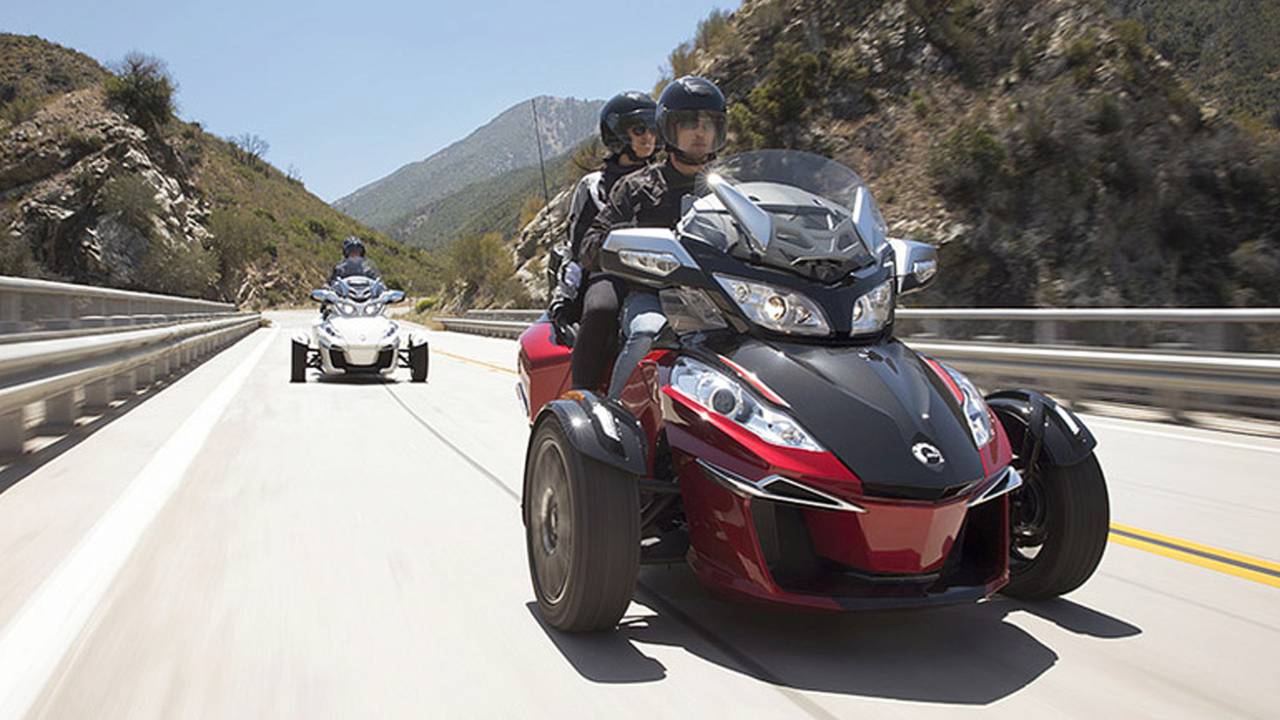 As reported in The Canadian Press, Bombardier Recreational Products (BRP), the parent company to Can-Am, is considering a re-entry in the motorcycle market – as in, motorcycles of the two-wheeled variety.

Apparently the manufacturer of the Spyder trike is taking a look at two-wheelers as a component of its growth plans.

"We are in an ongoing process of evaluating the market, looking at different possibilities, trends," BRP spokesman Sylvain Morissette said. "Motorcycles could be an option as we've done in the past."

BRP, formerly Bombardier, built a series of off-road and motocross two-strokes in the 1970s. Former 500cc World Motocross Champion Jeff Smith was instrumental in their development. When he brought the new 175cc Can-Am to CycleNews for a test ride, we found it the equal of most 250s. (Papa Wealey was a long-time member of the CycleNews team –Ed.)

BRP offered no specifics on possible motorcycle production, saying the current emphasis was on the new Can-Am Maverick X3 side-by-side vehicle and a Can-Am Spyder F3 Limited. The Quebec-based company plans to expand the product line every six months through 2020, and expects earnings to grow by 9 percent annually to reach $6 billion by fiscal 2021.

While BRP’s extensive dealership system (4,200 dealers in 100 countries) is well-suited to add motorcycles to the product line, some express caution on entering an already crowded market. Andy Galliher of Freedom Cycle in Concord, New Hampshire, said sales growth is very low aside from dirt bikes. He thinks BRP would have a challenge entering the market given the struggles faced by other manufacturers.

"I think it's a tough market to come into with a brand-new product, against a lot of guys with a lot of years of experience under their belts," he said.