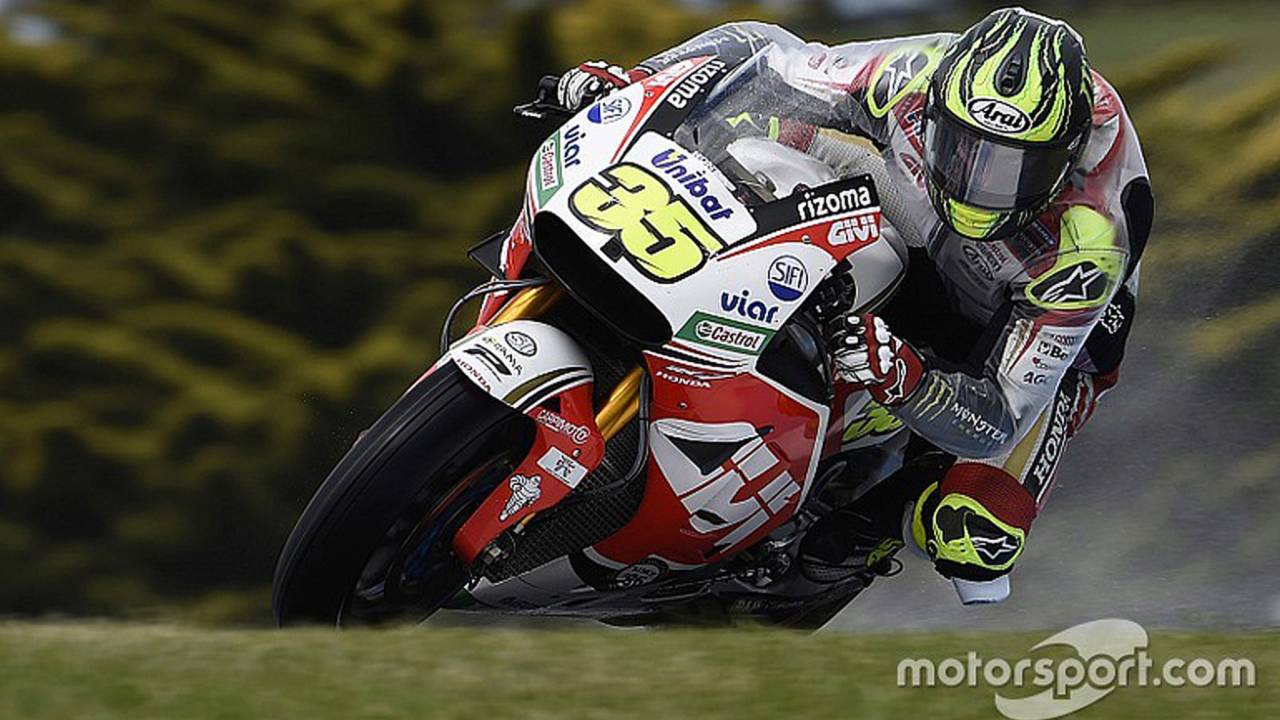 Check out some great photos from the MotoGP race at Phillip Island.

LCR Honda’s Cal Crutchlow won his second race of the 2016 MotoGP season with an epic ride at the famed Phillip Island Circuit in Australia. He had a little help when recently crowned 2016 MotoGP champion, Marc Marquez crashed out of the lead on the seventh lap, (Check out that link for the crash sequence photos). Crutchlow went on to run a lonely race out front while Yamaha’s Valentino Rossi and Suzuki’s Maverick Vinales battled their way through the pack into second and third place respectively.

American Nicky Hayden was called up from his job racing World Superbikes to replace the injured Dani Pedrosa on the Factory Repsol Honda squad. He had a great race going and was battling for seventh place with Jack Miller, Scott Redding and Brad Smith on the final lap. That was the point when Miller decided it was time to cram his non-factory Honda inside Hayden at full-lean, causing Nick to crash out just a few turns from the end. Was Hayden happy afterwards? Not really.

You can read the full 2016 Phillip Island MotoGP Race Report on our sister site where they have great photo galleries, post-race interviews and follow up articles from the past weekend.

Repsol Honda's Marc Marquez crashes out of the lead during the 2016 Phillip Island MotoGP race.

I’m really pleased for the LCR Honda Team, they have done a great job this weekend. I was confident I could have won even with Marquez in the race, but Honda have done a really good job with our bike, there’s no doubt about that. - Cal Crutchlow Race Winner 2016 Phillip Island MotoGP

When I saw Marquez crash I thought I might be able to win and tried but unfortunately Cal was too fast. - Valentino Rossi - Yamaha MotoGP. This image is from qualifying in the rain on Saturday.

This podium has a very good taste to it, the weekend had been very hard this morning, but finally I was happy when I woke up today and saw the sun. - Maverick Vinales Suzuki MotoGP

Nicky Hayden would be crashed out of the Phillip Island race on the final lap by Ja ck Miller. He had this to say afterwards: He came and said sorry. It’s racing, that can happen. I don’t want to go and give him a kiss, but you know… it’s what happens - Nicky Hayden