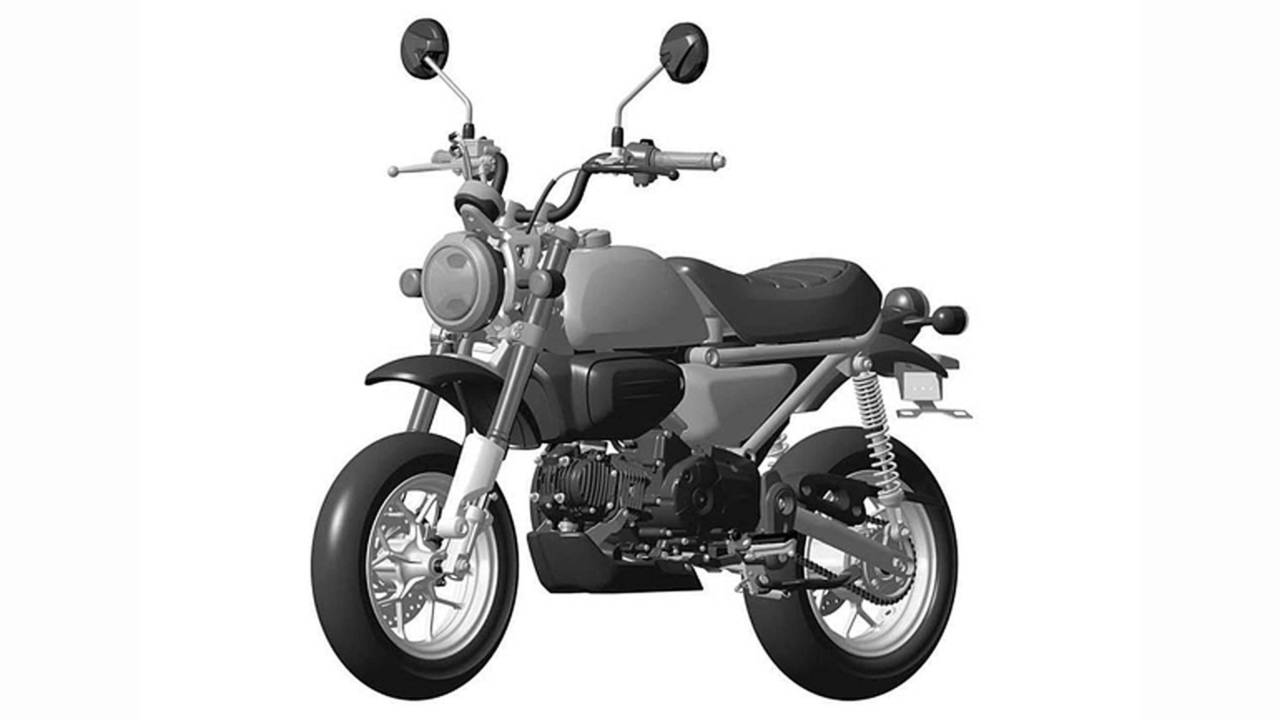 Replicating the original Z50 Honda Monkey Bike a, it seems like the New 125 Monkey Bike has potential to be a huge success.

Honda’s venerable Z50 Monkey bike was arguably the world’s most popular entry to motorcycling for youngsters in the 60s, and likely the most widely used pit bike in history.

Now, following the huge success of the 125cc Grom, Honda appears poised to launch a big brother to the Monkey with the same engine. Mechanically, the Gromlin (not the official name, but it should be) owes more to the Grom than the original Monkey bike, but the Z50 styling is spot-on and the engine is already certified for use in major markets worldwide. The frame, wheels, brakes and suspension are straight from the Grom, while the new Monkey’s subframe accommodates the traditional twin shocks. Look close and you will see the tubular new swingarm also replicates the original Z50 layout.

The patent drawings show some variations on the original concept shown in Thailand and Japan back in 2015, suggesting this is truly the evolution of a production model. Despite the familiar Monkey profile, the Gromlin is obviously a larger machine, given the engine size and 12-inch wheels. So, it won’t likely slide easily into the back of your Datsun 510 Wagon, but will into the rear of, say, a Honda Ridgeline.

The high exhaust pipe is another styling nod to the original Monkey, but now the skid plate hides something big, which we must assume is the catalytic converter. The fuel injection system hides behind the air filter housing on the right, with a similar cover on the left.

Since these renderings provide details like the lights, mirrors, and license plate bracket, we’re calling the Gromlin more than just another concept exercise. And whatever the model name turns out to be, we expect to see it the showrooms sometime next year. As more information is made available we’ll be sure to pass it on. Until then enjoy poring over the pictures and let us know what you think of this little guy.

Honda took note of the retro-cool theme and showed off its Grom Concept One at the Tokyo Motor Show back in 2015 and now, a year later there’s another version on the horizon.