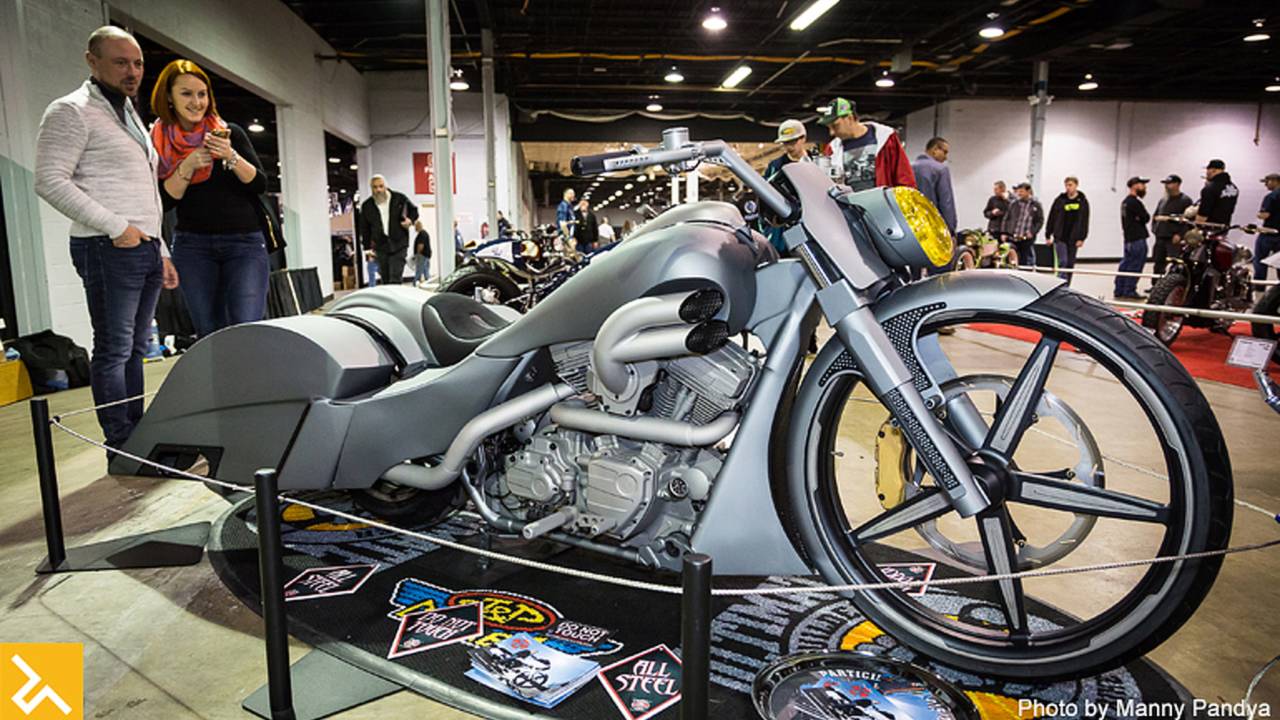 The show hosts four classes: Freestyle, Modified HarleyDavidson, Modified Custom and Modified Retro. Judging will be conducted by the competitors themselves, with the top builders in each class receiving cash and prizes, along with special category awards for "Originality," "People's Choice" and "Show Dog." Two new categories have been added for 2017, "Best Paint" and "Best Overall Design."

2016 King of the Builders Freestyle Class winning machine was built by Jeremy Cupp.

Each class winner at all the IMS cities will be invited to join the final Round at IMS Chicago on February 10-12, 2017, awarding a total of $50,000 in cash and prizes. This highly anticipated annual competition is proudly sponsored by J and P Cycles, who will be returning as the title sponsor of this elite-level competition and supporting the "People's Choice" award along with Bell Helmets, as well as Harley-Davidson, who have returned as the Presenting Sponsor of the Modified Harley-Davidson class.

King of the Builders is considered the largest traveling motorcycle builder competition in the U.S. featuring the largest tour in the nation that attracted nearly 400 custom motorcycles from coast-to-coast.

"J and P Cycles is proud to present the eighth year of the Ultimate Builder Custom Bike Show and support the community of motorcycle builders,” said Zach Parham, GM J and P Cycles: We're inspired and humbled by the vision and self-expression of the hundreds of bikes entered each year. And we look forward to celebrating and recognizing the winners this year."

2016 King of the Builders Modified Retro Class winner was built by Steve Iacona.

Entry space for the competition in each city is limited. Interested custom builders should log on to motorcycleshows.com for more information. Full contest rules and prizes available on request.