A collaborative partnership between Piaggio Group and (RED) has created (VESPA 946) RED – an all-red version of the classic scooter, sales of which go towards initiatives fighting AIDS, tuberculosis and malaria. The (VESPA 946) RED has been designed with elegance and style in order to show sensitivity to this serious problem. It symbolizes the chance to join the battle against some of the most difficult illnesses humankind has to face.

Founded in 2006 by Bono and Bobby Shriver, (RED) has donated $360 million to the Global Fund to Fight AIDS, Tuberculosis and Malaria. This money has gone to Ghana, Kenya, Lesotho, Rwanda, South Africa, Swaziland, Tanzania and Zambia; 100% of its resources have been invested in Africa to fund initiatives aimed at combating HIV/AIDS. (RED)'s donations to the Global Fund have had an impact on over 70 million people and been used to provide preventive measures, treatments, counseling, HIV tests and assistance services.

For each (VESPA 946) RED sold, $150 will be donated to the Global Fund and the fight against AIDS. This valuable and substantial donation will enable (RED) to guarantee over 500 days' worth of life-saving medical treatments for HIV and help prevent mothers infected with the virus from passing it on to their unborn children. Piaggio had previously launched "Vespa for Children,” a healthcare program for young patients affected by rare diseases at the pediatric hospital of Hanoi (Vietnam). 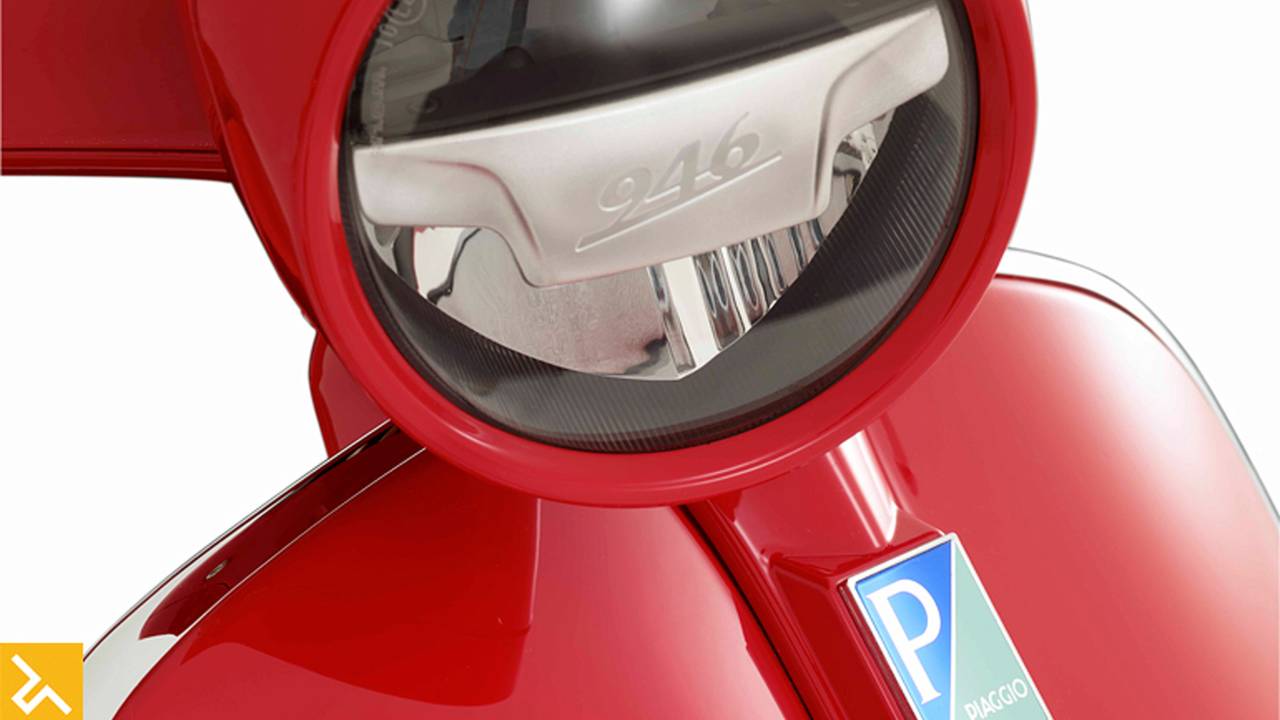 Vespa is now joining forces with (RED) to create a world in which no child is born with HIV. The (VESPA 946) RED is the 2017 version of the Vespa 946, a highly exclusive model dedicated to aesthetic and technological perfection whose name commemorates the year in which the Vespa – the ultimate symbol of Italian elegance – was born: 1946. The 946 is equipped with ABS and innovative ASR traction control, an advanced electronic system that prevents the rear wheel from skidding.

This technological refinement, exclusive to the Piaggio Group, prevents loss of grip and ensures superior traction at all times. Power is delivered by a 155cc single-cylinder four-stroke engine with three valves, which is air-cooled and has an electronic injection system. This ultra-modern engine consumes minimal fuel, makes very little noise and boasts exceptionally low emissions levels. The injection system is state of the art in terms of functionality and usability. The 3D curves for injection advance, quantity and timing are managed by a control unit of the latest generation.