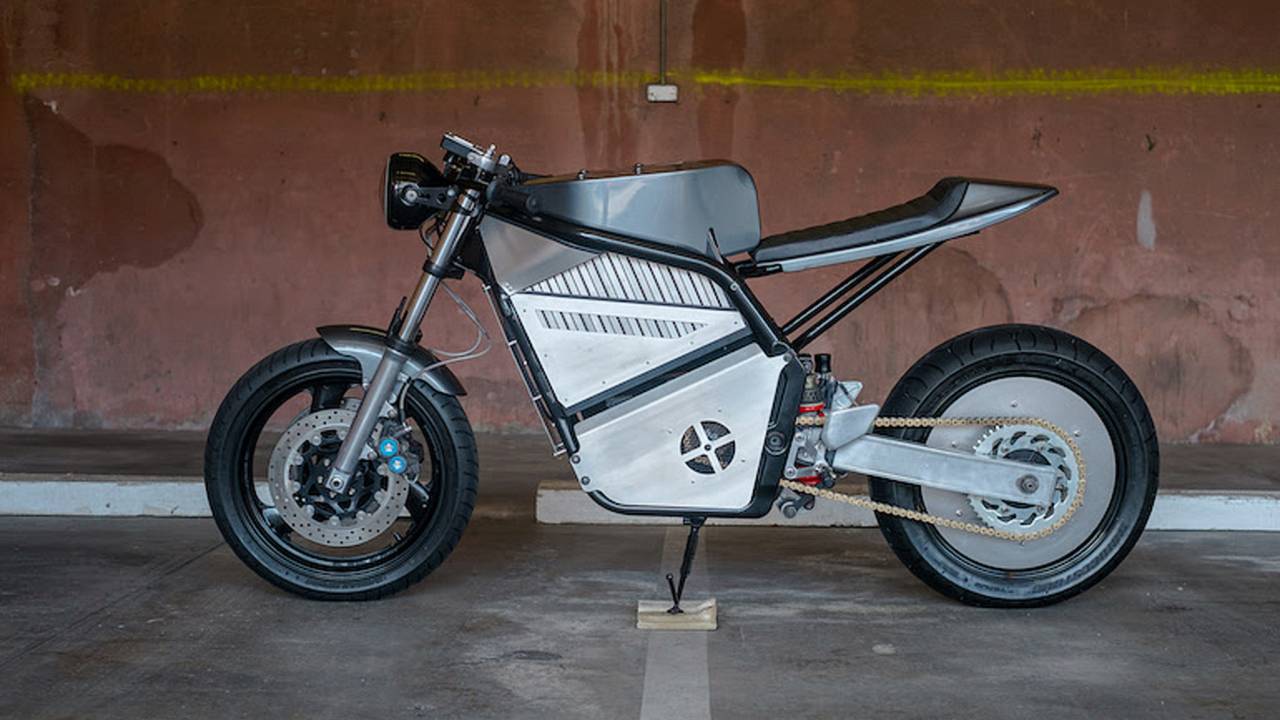 Yet another company has thrown its hat into the electric motorcycle ring.

The Phaser Type 1 prototype has received awards from driveEV Magazine and Innovate 2016. The Phaser is not scheduled for production, but will be built to customers’ orders at about $21,000.

Stephen Brown of driveEV wrote, “The Phaser Type 1 is Brighton (-based Union Motion’s first prototype of an all-electric performance motorcycle. The bike had its first official showing at the recent Electraa Show in Malvern, Worcestershire.”

The Phaser’s electric air-cooled motor develops 48kW, equivalent to 64 bhp. The chassis is provided by a Yamaha FZS 600 Fazer. “Energy for the machine is stored in a stack of lithium ion cells, which appear to be taken from a Nissan LEAF and holds over 6kWh of power.”

Designed by Dominic Warman Roup, the Phaser embodies his perception of transportation needs of the future.

“There is a growing need to engage people with electric vehicles on an emotional and practical level,” he said. “This is essential if we are to make a successful transition to cleaner forms of transport – and motorcycles are an ideal way of doing it. We want to challenge the trope of nostalgic and aesthetically led custom motorcycles by encouraging others to experiment with the awesome possibilities offered by electric powertrains. As well as building our own creations for clients, we also supply electric vehicle components and know-how to other niche vehicle builders.

“The 6 kWh battery pack found a home above the motor and controller, snug between the two top frame loops, keeping the center of gravity of its 120-pound weight nice and low. The pack sits on a set of rails that allow it to be easily removed from the rear of the bike. This means a fresh pack can be installed in under five minutes, giving another 60 miles of riding.

“CNC milled sheet aluminium bodywork keeps things clean and minimal to allow easy access to the controller and airflow over the motor. The tank has been reduced to the bare essentials, keeping the profile of the bike low while retaining the original ergonomics, allowing you to grip the machine around corners. Finishing touches include our own programmable instrument, an Akira-inspired disc wheel and a super-bright halo running light.”