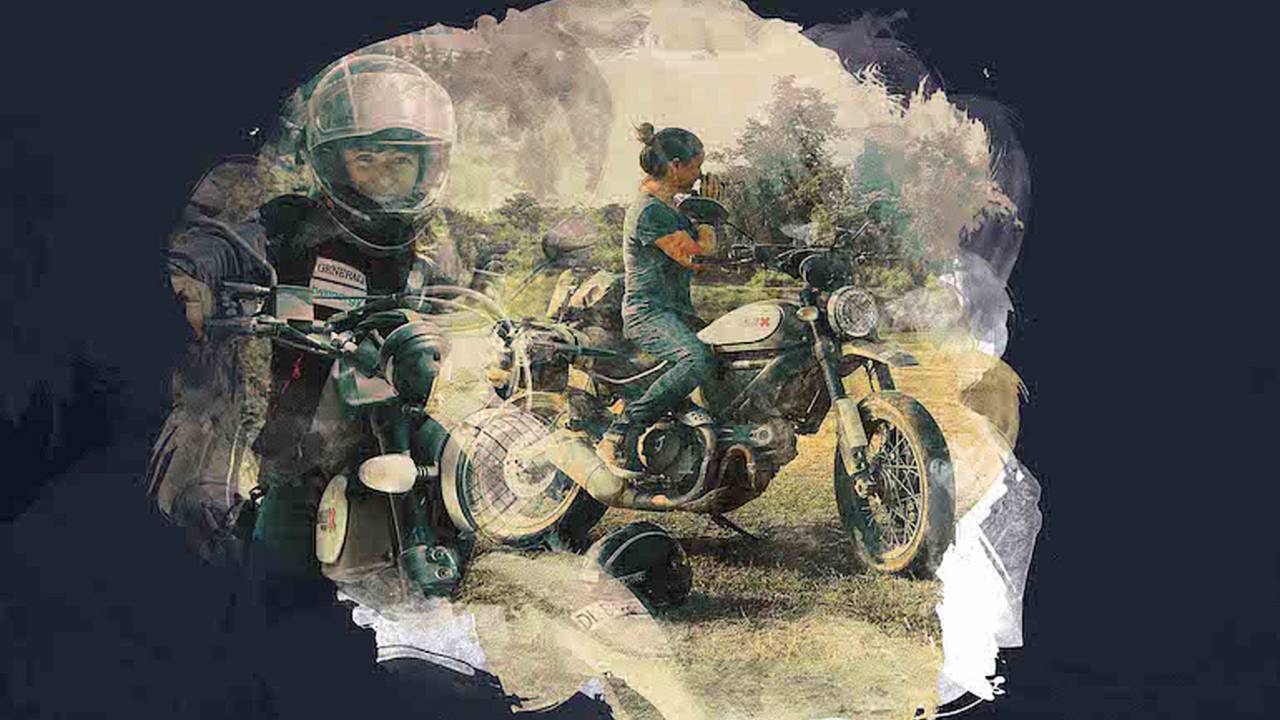 Tire company Metzeler says it has decided to celebrate the talent and passion transmitted by women riders with its 2017 Metzeler calendar, titled, "Natural Born Lady Rider."

The calendar year opens with Vaune Phan, a blogger from Singapore, as the January star, followed by the blonde queen of the road races, Maria Costello, a professional rider who has achieved three podiums at the legendary Isle of Man TT Races. British motoblogger Joanna Benz (aka JoJo), who is particularly active on Instagram graces the March page.

April goes around the world with Lea Rieck, a German biker who rode around the planet on a Triumph Tiger 800 XCA named Cleo. Italy triumphs in May with Sara Trentini, six-time Italian Trial Champion and 2012 European Champion. The summer opens up with Alicia Sornosa, the first Spanish woman to have ridden five continents riding a two-wheeler.

Three American women, a mother and two daughters, are portrayed in the month of July. Laura Klock, Erika, and Karlee Cobb are the first mother-daughter-daughter trio to simultaneously hold land speed records. France is represented by the motorcyclist Lydia Truglio Beaumont (August) and Sarah Lezito, a 24-year-old stuntwoman among the most followed on various social networks (September), while the page dedicated to October features Jody Perewitz, who holds 15 speed records, as well as being the first woman to have reached 200+ mph on a V-Twin.

The Dakar Rally is the setting for November page, starring Tina Meier, a German rider. To close the year, the calendar returns to Asia and the Land of the Rising Sun, where Japanese journalist Yuka Izutani shares a deep passion for motorcycling.