A motorcycle stuntman is planning to jump a pit of rattlesnakes at Sturgis this year.

Here's an actual thing that will actually be happening this year at Sturgis: channeling the spirits of Evel Knievel and the Fonz, stuntman Doug Danger plans to leap Evel’s old 1972 Harley XR750 some 120 feet across a pit of 2,000 rattlesnakes at the Sturgis Buffalo Chip Amphitheater on August 10.

You read that right. In the year 2017 a dude in a white leather jumpsuit is going to jump a motorcycle over a pit of rattlesnakes. God bless America, y'all.

“Doug is a professional who’s completed some incredible jumps, but this one is truly over the top,” said Rod Woodruff, president of Sturgis Buffalo Chip. “He’s either the most courageous man I’ve ever met, or he’s got a genuine lack of fear. While we are doing all we can to ensure the safety of everyone in the amphitheater, including Doug, the threat to his life is real. These poisonous vipers will kill him nearly instantly should he fail.”

According to a Buffalo Chip news release “Prairie rattlers are known as one of the world’s deadliest snakes. One bite of a rattlesnake can kill a healthy man in the matter of a few minutes. It is reported that anti-venom can cost as much as $50,000 per injection, and an affected person may require several in order to survive, but only if administered in time."

Buffalo Chip says the snakes will be secured in holding tanks in an area designed to ensure the safety of spectators. So it will be just Doug who is in... ah... danger.

We here at RideApart have to admit a certain amount of skepticism about all this. According to South Dakota's Game Fish and Parks agency: "When frightened, cornered, or attacked,  will stand their ground and may attempt to strike at or even bite their intruder." But we still suspect that chucking a 530-pound motorcycle at them might be a good way to make them scatter. 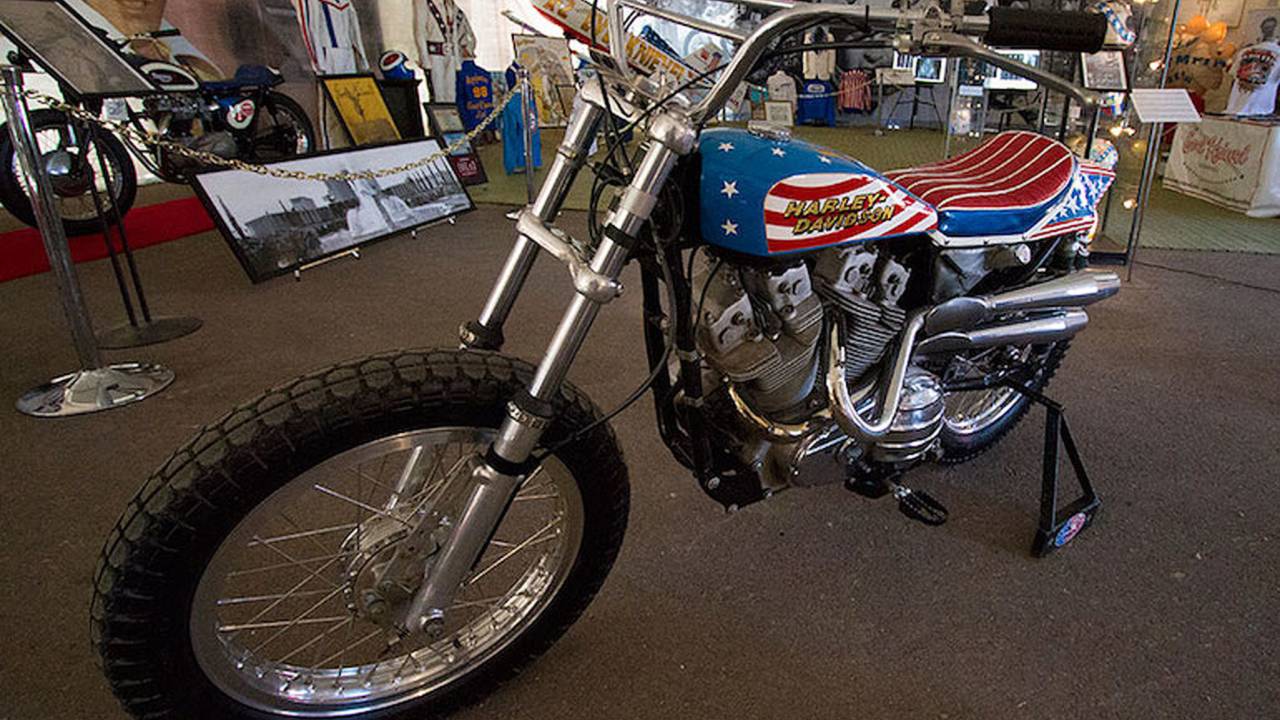 Meanwhile, the Buffalo Chip news release points out that “the 1972 Harley-Davidson XR750 was not engineered to leave the ground, nor was it manufactured to ensure a safe landing after doing so.” (Some of Evel’s landings prove the point.) “But Danger has had a burning desire to jump this bike ever since seeing his hero, Evel Knievel, attempt both successful and not-so-successful stunts with the same bike.”