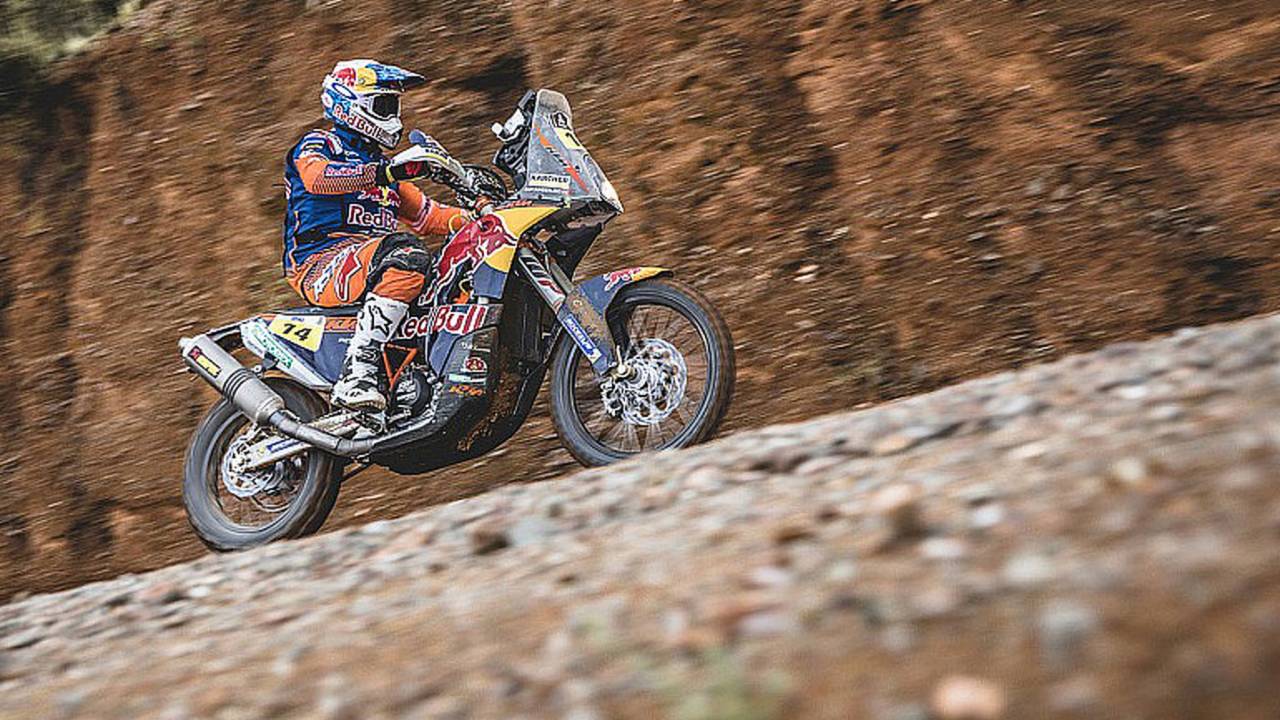 Stage 4, Stage d and Stage 6 of the 2017 Dakar were a pain in the butt for everyone with penalties, bad weather and tough navigation shaking up the overall.

Stages 4, 5 and 6 of the 2017 Dakar are in the history books and while we were eating, drinking and sleeping our weekend away, the race was still going strong. The big news in the bike category is the one hour time penalty levels against the Monster Energy Honda Team including previous race leader Joan Baredda, American Ricky Brabec and four others for taking fuel at a non-sanctioned location. Honda claims it was an oversight, but rules are rules.

Sam Sunderland (GBR KTM) - Race Leader - “It was a tough day, you know. Even though the second part was cancelled, we still had three hundred kilometres in the rain and the cold. I'll be happy to get cleaned up and have a rest. It was a good day. I started off with a good feeling this morning and feeling fast. I tried to really focus on the navigation. There were one or two really tricky places. Sometimes it works out ok and sometimes you have problems. Today it worked out ok for me. We've got a long way to go. Yesterday I was really down and annoyed because I'd made a mistake and now I'm really happy, so now I need to try and stay calm and keep focused because it's only day five."

Mother Nature didn’t take kindly to the decision and has unleashed rain on the course which has forced officials to change the route on both Stage 5 and 6 to avoid rising rivers and treacherous washes. The resulting chaos has caused confusion and without a doubt changed the outcome of the Dakar for many participants along the way. But that is the nature of this race: Ever changing and always more difficult than anticipated. This is the nature of the Dakar. Day seven was a Rest Day for the racers so we’ve included video recaps of the Bivouac and other fun, but non-racing related features provided by the Dakar video crews.