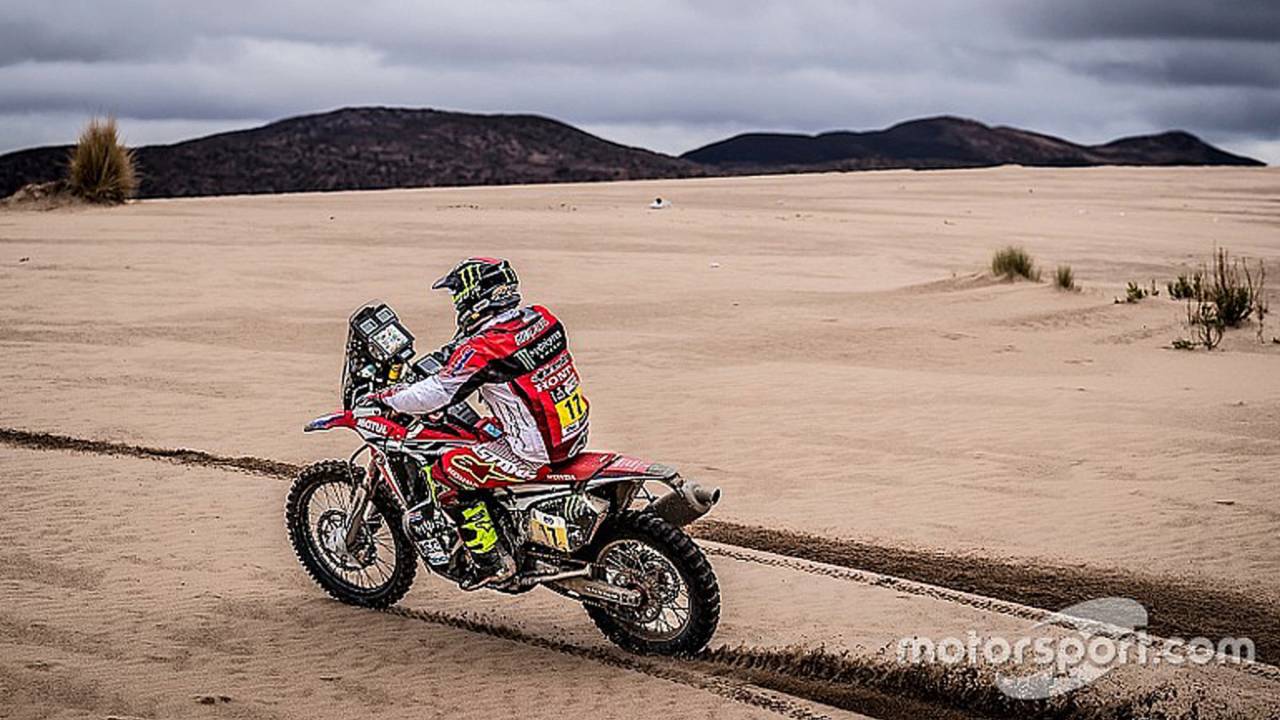 The penultimate round of the 2017 Dakar saw Honda's Joan Barreda Bort take his forth stage win. Despite the effort, Sam Sunderland still leads by 30-minutes

The penultimate stage of the 2017 Dakar was a 471-mile (759km) stretch from San Juan to Rio Cuarto that saw Monster Honda’s Joan Barreda win his bittersweet fourth win of the race. Despite his excellent effort to close out the Dakar with the best time in the 178-mile (288km) Special, his bid will come up short as RedBull KTM’s Sam Sunderland is 30-minutes ahead of his teammate, Mathias Walkner in the overall rankings with only the final token 39-mile (64km) Special stage.

Joan Barreda (Honda) – Stage 11 Winner - “The stage was complicated at the start and it was difficult to get going because there were lots of changes in direction in the middle of a lot of river beds that were full of rocks and stones. Avoiding any navigation mistakes was vital. I wasn't doing too badly until one moment when things became very complicated, but then I caught up with Michael (Metge) and with him we followed the right directions on portions that were more or less off-piste. After that, the quick part was a little bit like the style of the Baja California. In the end, it was a nice stage.”

Sam Sunderland (KTM) – Overall Leader - “Today actually was a lot more relaxed. I knew from the road-book last night that there wasn't so much navigation today and it wasn't going to be like yesterday. On the first part there were sand whoops and I feel pretty much at home on the sand. It was really physical but I felt strong and caught a few guys in front of me. Then the last part was all in farm-lands and was kind of left, right, left, right in the woods a little bit. I just took it steady. I didn't want to take any risks. There were a lot of ruts from the rain. So we're here, we're safe and we have just one more day of the Dakar. I think the gap is around thirty minutes. I'd like it to be three hours, but it's better than thirty seconds, so we'll keep focused and see how we go.”