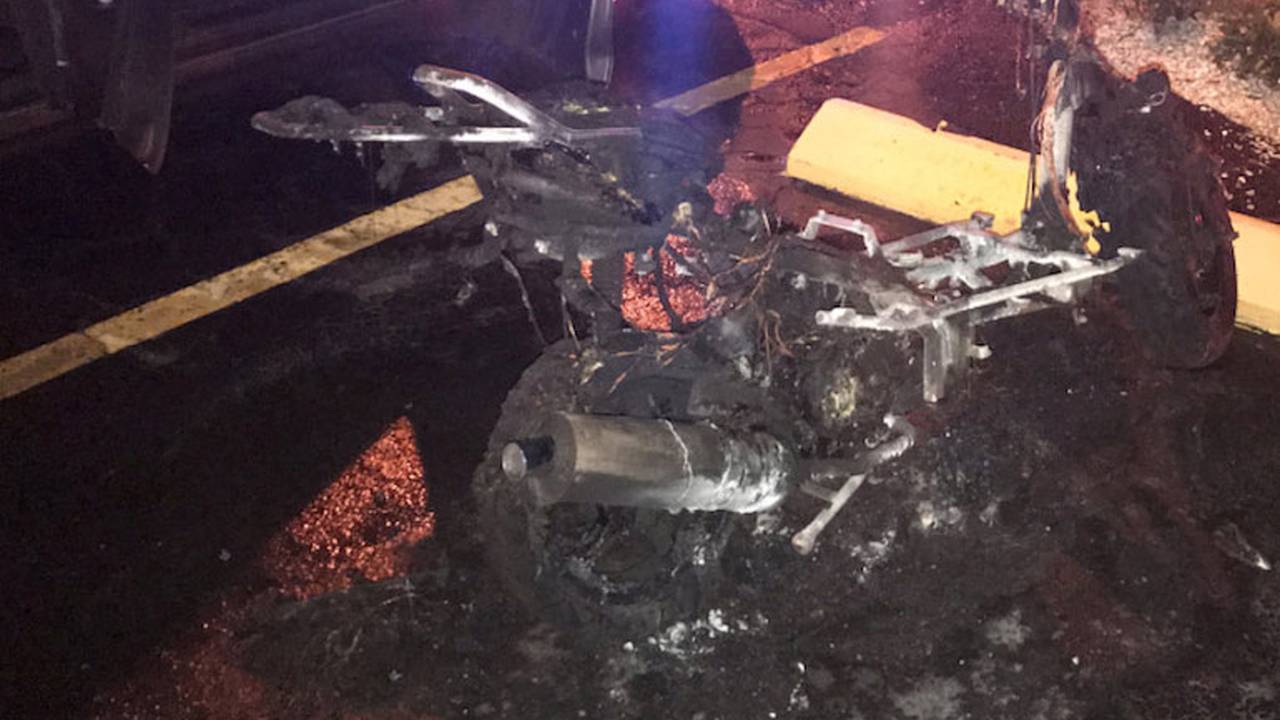 Chance Richie, who appeared to be intoxicated and unhappy with his scooter, decided to set it on fire.

WAY DOWN: Florida Man Shot With Own Gun After Motorcycle Crash

Remember that time when supercross star James "Bubba" Stewart and a buddy got busted for impersonating cops? Or the old guy who got so mad at some utility workers he just up and shot the tires of their trucks out? Just a day in the life of the average Floridian. Today's bit of FLA-related lunacy comes to us courtesy of a very angry scooter rider from St. Pete.

According to WFLA, Pinellas County sheriff’s deputies responded to reports of a vehicle fire in St. Pete Beach on the evening of August 9. When they arrived, they discovered a small scooter burning away merrily with no one in sight. As the deputies ran traffic control and firefighters put out the fire, an allegedly drunk local man named Chance Richie approached the first responders and claimed responsibility for both the bike and the fire.

ON THE: Intentional Hit-and-Run in Florida is Comedy of Errors

Apparently, Richie was out for a ride through St. Pete Beach earlier in the evening when he crashed his trusty Taizhou scooter. Shaken and angered by the crash, Richie did what any of us would have done in that situation – he set the scooter on fire and ran away.

Richie was arrested at the scene, and later charged with two counts of arson and violation of probation for a previous possession of cocaine arrest. He was booked into the Pinellas County jail, and his bail was set at $20,000.

Next time dude? Maybe just call a buddy to come get you instead of torching your ride.