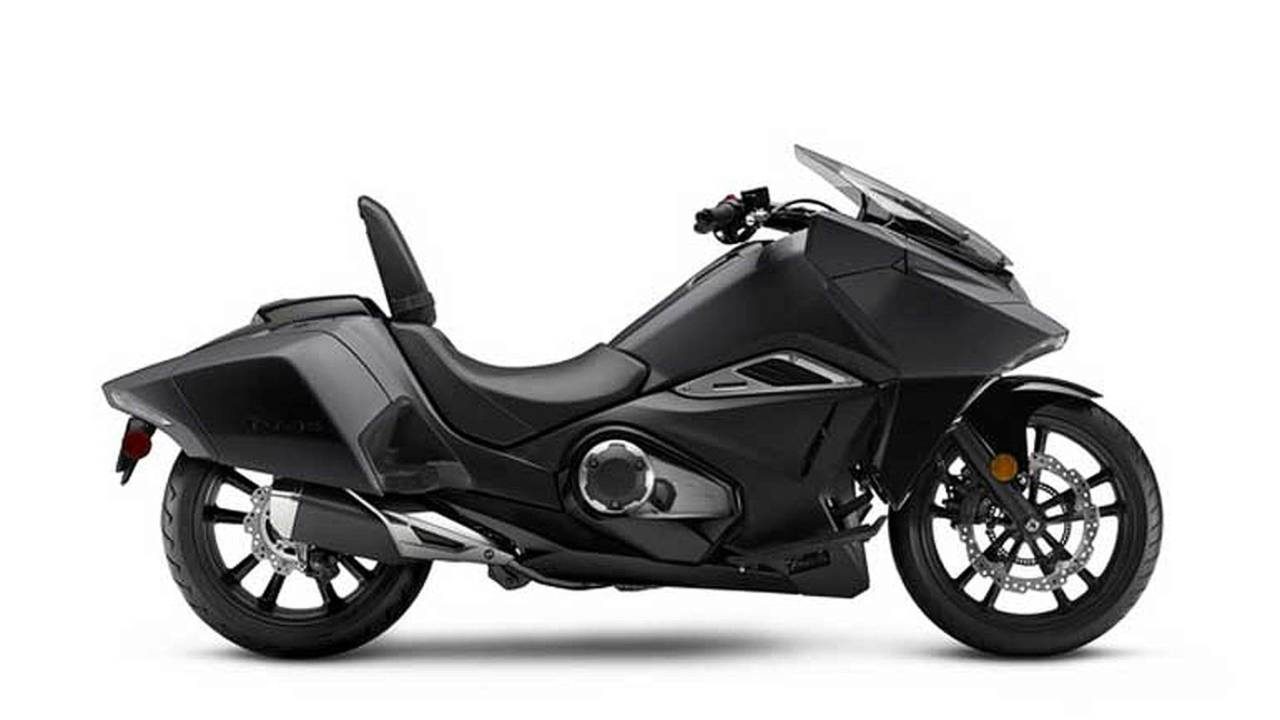 The first Honda road model announced for 2018 is the radical NM4. Ever since it debuted in concept form at the 2014 Osaka Motorcycle Show, Honda's NM4 has been an attention-getter and conversation-starter, its provocative, futuristic design setting it apart as something completely different—to the point that a modified version is even featured in an upcoming major Hollywood science-fiction film. Though Japan-centric in conception, the NM4's anime styling has developed somewhat of a cult following internationally, thanks in part to the fact that the outlandish looks are matched by solid performance.

"From time to time over the years, Honda has pushed the envelope with unconventionally styled models like the Pacific Coast, Rune, Big Ruckus and DN-01," said Lee Edmunds, American Honda's Manager of Motorcycle Marketing Communications. "The NM4 is very much in this tradition, and while it's not for everyone, that's really the point; the model has proven to be a hit with a dedicated segment of consumers from a surprisingly varied array of demographics, including tech-savvy millennials but also veteran tourers and women. Those who buy NM4s tend to put a lot of miles on them, so we're pleased to welcome it as our first street bike for 2018."

While it's the NM4's disruptive form that earns headlines and double takes, the model absolutely delivers in the function department. A low center of gravity, enabled in part by the forward-rotated mounting of the powerful, liquid-cooled 670cc parallel-twin engine, results in a comfortable, light-handling motorcycle with a low-slung, feet-forward cockpit from which it's very easy to reach the ground at stops. The passenger seat converts into a flip-up, adjustable backrest, and the bodywork provides ample wind protection and four separate storage compartments.

Gear changes are accomplished via a high-tech, smooth-shifting Dual Clutch Transmission, which has standard and sport automatic modes but can also be manually shifted via handlebar-mounted buttons. The innovative, customizable LED dash display features color-coding for the transmission modes and delivers a host of information, including fuel-mileage tracking. Competent for commuting to cruising, the NM4 more than holds its own on the road. Just don't expect to go incognito.