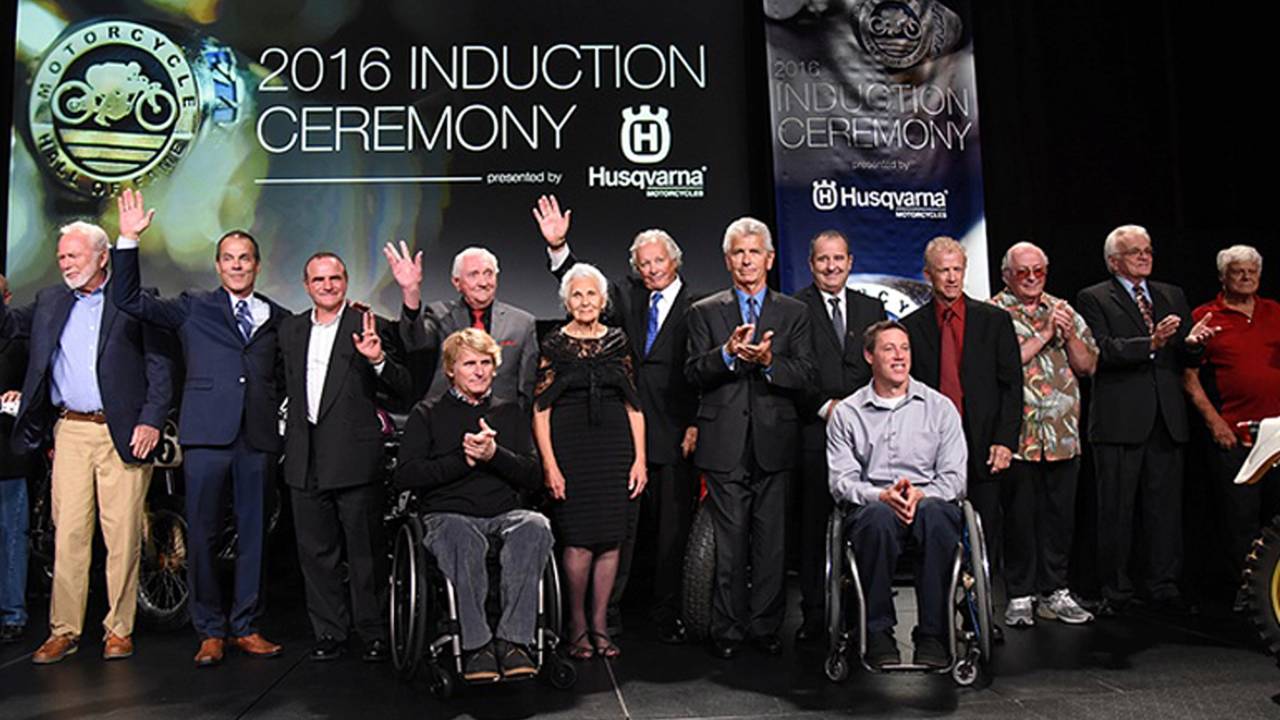 This year’s AMA Hall of Fame induction ceremony will be held in conjunction with AIMExpo in Columbus, Ohio,Friday, Sept. 22, at the Greater Columbus Convention Center. Each year, the AMA Motorcycle Hall of Fame welcomes new members in a ceremony that is open to the public. In 2017, the induction ceremony is part of an exciting weekend of motorcycle activities staged in conjunction with the annual American International Motorcycle Expo, which brings together industry, press, dealers and consumers in a single location.

“The AMA Motorcycle Hall of Fame induction ceremony honors the most accomplished stars in motorcycling history and is always an entertaining and heartwarming event,” said AMA President and CEO Rob Dingman. “And once again, we are very pleased to showcase these icons of the sport, business and lifestyle of motorcycling on the grand stage of U.S. motorcycling and powersports, the AIMExpo.”

The AMA Motorcycle Hall of Fame was established in 1998 by the American Motorcycle Heritage Foundation to honor the legends and heroes of American motorcycling and highlight their achievements and contributions to motorcycling. The inductee selection process includes participation from motorcycle historians, journalists, industry leaders and living Hall of Fame members, all of whom have expert knowledge in their fields of motorcycling. The final inductee selection is made by a confidential ballot.

In addition to living Hall of Famers, members of the boards of the AMA and the American Motorcycle Heritage Foundation, AMA Charter Life Members and AMA Life Members with 25 or more years of continuous membership are eligible to vote for Hall of Fame nominees. Balloting is scheduled for May 15 through June 14.

Ticket information for the induction ceremony will be announced at a later date. Check www.americanmotorcyclist.com/hof for more information. Also visit the Hall of Fame Facebook page: www.facebook.com/AMAHallOfFame. #AMAHoF17