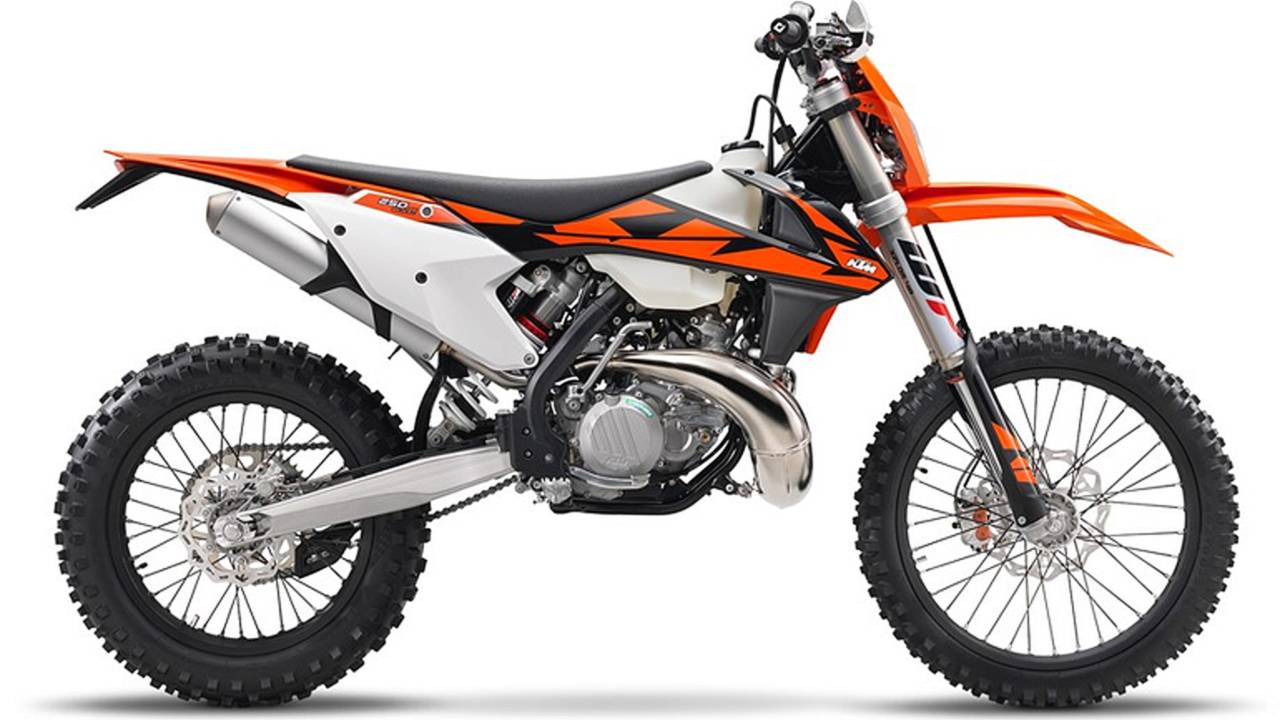 KTM has pulled the cover off what it says are the first-ever fuel-injected two-stroke motorcycles.

KTM has announced the release of the 250 and 300 EXC TPI, the designation standing for Transfer Port Injection, making these the world’s first off-road production two-strokes to lose their carburetors.

The new cylinders have two injectors in the rear transfer ports, and a new ECU that controls ignition timing and fuel delivery from five sensors. The data includes intake and ambient air pressure, oil and water temperature, and throttle position. The result is a smooth power delivery and reduced fuel consumption. The 39mm Dell’Orto throttle body has a butterfly valve operated by two cables. The system doesn’t require pre-mixed oil and fuel.

England’s Motorcycle News quoted KTM’s Joachim Sauer, Product Marketing Off-road, as saying: "It is a very proud moment for us to unveil the world’s first serial electronic fuel injection two-stroke off-road competition bikes. We at KTM are committed to developing revolutionary technology, and with the KTM 250 EXC TPI and KTM 300 EXC TPI models we feel the game has once again been changed, as this is a global first. Our goal was to create a two-stroke enduro bike that would not be incredibly complex, while also retaining the feel of a carbureted machine, yet with all the benefits of fuel injection.”

Prices have not yet been announced. Equally, it is uncertain as to whether the bikes will be released Stateside. Taking a look at KTM's US website, the bikes do not appear to be listed, whereas they are listed on a number of the Austrian brand's European sites.