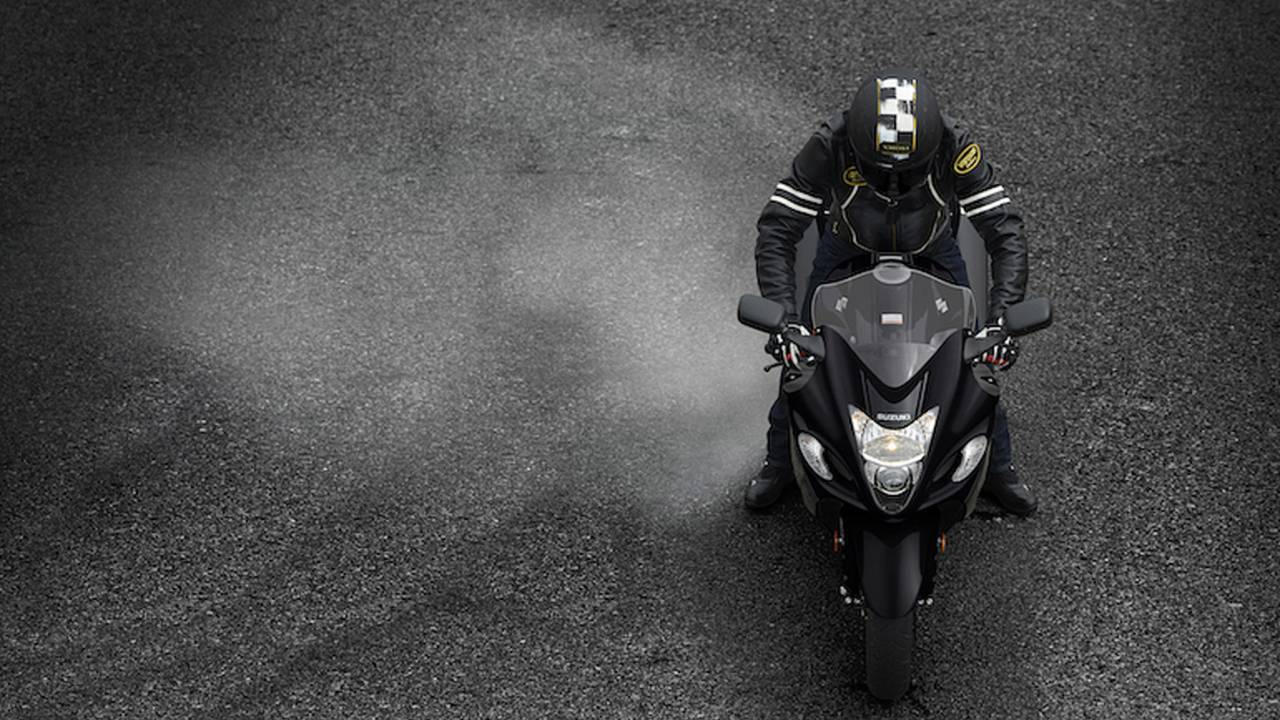 Once a dominating member of Japan's Big Four, Suzuki doesn't seem to be trying these days. We offer suggestions on how to get things back on track

Japanese manufacturer seems to have lost its way in recent years

When news first got out earlier this year that I was no longer director of RideApart it sent a wave of panic through the motorcycling industry. Manufacturers had seen the brilliant advice that Jason Marker and I had offered to Harley-Davidson, Indian, and Yamaha, and were deeply concerned they would be missing out. In fact, a consortium of manufacturers threatened to blackball RideApart into bankruptcy if it didn't continue the series.

READ MORE: Let's All Tell Harley-Davidson What to Do

OK. Yes, I’m totally lying. But let’s not let truth stand in the way, shall we? This time ’round, I figured I’d focus my genius on another of Japan’s Big Four, one that very clearly needs somebody’s help: Suzuki.

The company has been around in some form or another for almost 110 years, though it didn’t really start making motorcycles until the mid 1950s. It’s pretty impressive, then, that the company was able to move to the top of the racing game in less than 30 years. The GSX-R series, launched in 1984, helped the company dominate podiums through the 80s, 90s and 2000s.

More recently, the 2017 GSX-R1000R won the accolades of many race-headed moto-journalists, but it doesn’t seem to have truly impressed riders as previous versions did. And there remains a real question as to whether sportbikes are relevant to the current motorcycle market. Meanwhile, in its street and off-road offerings, the company seems to have completely run out of ideas, more or less recycling the same concepts of two decades ago. As Jon Urry of Bike Magazine put it recently when reviewing the uninspired modern-retro-wannabe SV650X:

“I don’t know whether to laugh or cry when it comes to Suzuki. This once great manufacturer, the same who brought us revolutionary machines such as the GSX-R1000 K1, Katana, RGV250, and Hayabusa, appears to have given up on motorcycles.”

At EICMA last year Suzuki was effectively a no-show, serving up exactly zero new bikes. Even in 2016, when the company pulled the covers off a host of new models, the bikes weren’t really “new.” They were instead updated versions of motorcycles that had been around for more than a decade.

The aforementioned SV650X was a concept bike in 2016. It is one of the most half-assed attempts to jump on a trend train I’ve ever seen, even managing to surpass the Yamaha Bolt C-Spec (but still better than the Moto Guzzi V9 Bobber, if not simply because the SV650X is fundamentally a good bike). I personally think Suzuki struggles to comprehend the ethos of the modern classics movement because all of its bikes are so outdated. Suzuki is the dude who wears a mullet and mustache without irony.

All of which leads to my first piece of advice: try making a new bike, rather than incessantly trading on your past glories.

At present Suzuki’s line-up is like the Facebook feed of a woman going through a midlife crisis: “Hey guys! Weren’t the 90s just the best ever?! Oh my goodness, I was so sexy back then. Remember back in high school when you thought I was sexy? Remember when you totally wanted me to be yours? Right? Remember? You remember, don’t you? Please say you remember…”

The only bike in the current line-up that’s actually been introduced in the last decade—rather than updated/refreshed—is the GSX-S1000/GSX-S1000F, which was introduced in 2015. Of course, even there the motorcycle is built around the GSX-R1000 K5 platform, introduced in 2005. I know it’s a hell of a lot more easily said than done, but I feel Suzuki desperately needs to deliver an entirely new platform—if not simply to prove it can. This turbo-powered Recursion concept that’s been floating around since 2013 might be a good way to show you’ve still got it; where’s that?

I’ll admit, though, that I’m not terribly interested in that proposed 588cc parallel twin with intercooler turbo—in part because the design of the concept bike doesn’t thrill me. It looks like a Katana from the 1980s (Uhm, there’s a caveat to this criticism—see below). Which leads to my second piece of advice: hire some new designers.

I have long complained that Suzukis lack any real personality. The company makes affordable, utterly reliable motorcycles—I had very few quibbles with my 2015 V-Strom 1000—but its products fail to stir the soul. Think of how fanboyish I am over my Indian Motorcycle-branded boots and ask yourself whether you can imagine anyone being as excited to wear Suzuki-branded gear, to represent that brand and effectively walk around saying: “Yeah, I’m one of those guys.”

READ MORE: How Do You Solve a Problem Like Suzuki?

Suzuki’s products are uninspiring. I remember my father-in-law once threatening to set fire to my old V-Strom 1000 because “at least then, for once, it will be exciting.” Bedecked in affordable plastic and lacking any real engaging lines, most Suzuki models look like the motorcycle equivalent of store-brand breakfast cereal—the Hoop Fruities to Honda’s Fruit Loops. I’d like to see the company bringing in people from outside its circle, possibly from outside Japan, to reassess what a Suzuki is and what it should look like.

The exception to Suzuki’s visual dullness, of course, is the Hayabusa. Nothing looks like a Busa and regardless of how you may feel about it (and the type of person who stereotypically rides it), you can’t deny that it’s unique. There are rumors of a new Busa coming our way in or after 2020, which leads to my third piece of advice: put some effort into legitimately building upon your successes.

The Busa has changed very little over the years.

That doesn’t mean simply adding heated grips to the V-Strom, but making real improvements and advances that will make current owners think: “Oh, I need to upgrade.”

In fairness, Suzuki may be working toward that. The caveat to my Recursion criticism from above is the fact that earlier this year there was news that Suzuki had re-trademarked the Katana name. The rumors are that Suzuki plans to use it with its Katana-looking Recursion. Which, I have to admit, would be pretty awesome. I’m personally not into the look of an old Katana but I’m very much behind a company that is able to connect its past and its future in that way. Especially if it does things right (ie, fit and finish are important).

Similarly, there are less reliable rumors that the Hayabusa of the future will be turbo-charged. If those rumors prove true, I’d hope the bike would be dripping with cutting-edge technology, reflecting the spirit of what it was supposed to be when introduced almost two decades ago.

I’d like to see the V-Strom line-up better differentiated—a more robust 650 and a considerably more powerful, more road/touring-focused 1000. I feel the company may want to consider abandoning cruisers entirely, because it’s getting that genre so very wrong. And the GSX-S1000FT is hooey; if you think there’s viability in the sport-touring market give the GSX-S1000F a chassis that can actually support panniers, rather than lazily slapping on a tank bag and tail pack and calling it a day.

I’m fearful I may be burning bridges with this particular article. I once earned RideApart a lifetime advertising ban from Kenda for saying its Indian Motorcycle-branded tires for the Scout were “piss poor” (They were, though. Which is why Indian replaced them with Pirellis). If you put something on the internet, it will be seen by a manufacturer and some of them have thin skins. I don’t really know how Suzuki takes criticism, but I have to accept that in writing this it may result in someone somewhere saying: “He never again gets access to our bikes.”

That would be a shame if Suzuki were to get its act together—something that is entirely possible. Take a look at my attitude toward Harley-Davidson two years ago, as opposed to my more positive attitude now, as an example of how a company can dramatically change opinions relatively quickly. If Suzuki carries on doing the same ol’ same ol’ however, I reckon I won’t be too upset by whatever repercussions come of my calling it out for doing so.