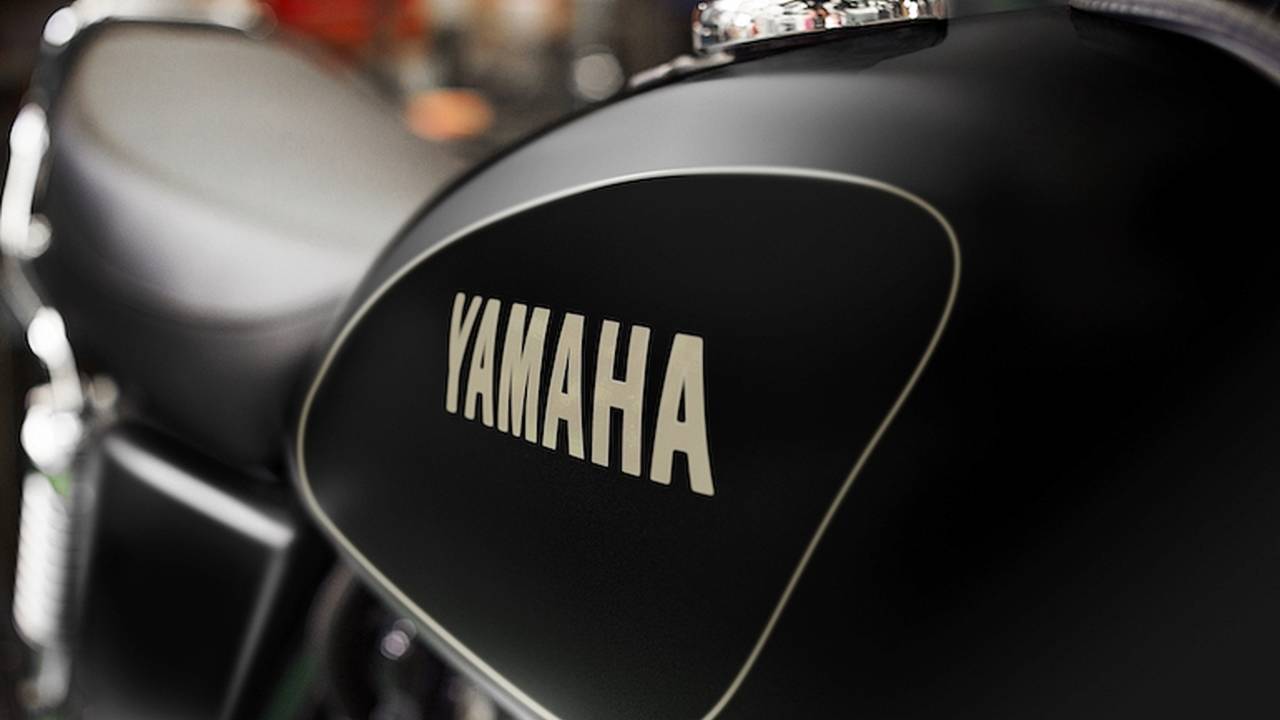 Continuing our series of telling motorcycle manufacturers how to run their businesses.

As you are no doubt aware, RideApart is the best motorcycle website. Many people tell us this, believe me. We’re big. Huge. The other motorcycle websites won’t tell you, but we’re totally the best. Incredible.

One of the reasons we’re the best, of course, is the fact we know everything. Especially when it comes to knowing how a motorcycle company should be running its business. No, we’ve never actually run a motorcycle business ourselves, but we’ve got access to the internet so we definitely know what we’re talking about…

Or something like that. In the past I have frontloaded these “Let’s Tell So and So What to Do” articles with a bunch of snarkiness so folks will know we aren’t taking ourselves seriously, but you would be surprised how many emails we get that clearly missed that message. So, I’ll tell you plainly that this stuff is tongue in cheek. It’s the interwebs equivalent of two guys who are three beers in and talking about bikes around a campfire – with the invitation for you to pull up a chair and start yammering along with us.

In recent weeks we’ve focused a critical eye on Harley-Davidson and Indian. This time, however, Jason and I have decided to share our brilliance with Jason’s favorite of the Japanese Big Four: Yamaha.

Started in 1955, Yamaha Motor Company is the youngest of Japan’s big names and despite the old nickname of “Yamaheavy” the marque has picked up hundreds of race successes over the years. Like other Japanese brands, Yamaha’s model lineups are considerably more diverse than those from American and even European manufacturers. Until very recently, many American customers will have interacted with Yamaha via its spinoff brand, Star. Confusingly, the brand was reabsorbed into Yamaha last year but the name has been kept in some cases, eg, the recently released Star Venture.

Hit hard by the Great Recession, Yamaha responded with a rethinking of its product so sweeping that it has in many ways changed the entire industry. Thanks to models like the MT-07 and MT-09 (known as the FZ-07 and FZ-09 in the United States) Yamaha has changed our idea of what a motorcycle can be, should be, and how much it should cost.

Once again I’ll step to the plate first, with slightly different rules than in the past. Sport tourers are fair game this time ‘round, as are all other genres of motorcycle. As one of the Japanese Big Four, Yamaha has a version of pretty much every weapon in its arsenal, so it’s not unreasonable to suggest using one of them toward the aim of world domination.

I’ll confess that, for me, Yamaha has always been an “et al” brand – relevant to the discussion but not so much that it’s worth mentioning by name. I mean, what is a Yamaha Guy, anyway? I can picture a Honda Guy, a BMW Guy, a Harley Guy… but a Yamaha Guy – not so much. (You know me now, so that answers your question -JM) I can’t really put a finger on what defines the brand; I’m unable to find a golden thread in its narrative.

That’s not to say Yamaha doesn’t make great bikes. Fact is, the company makes some incredible machines. R1, anybody? The aforementioned MT series, as well. In a number of genres, Yamaha delivers the pinnacle achievement – the thing other manufacturers are copying. So, it’s not a Suzuki situation where the company is simply delivering good second choices. Hell, even Yamaha bikes that aren’t the peak achievement of a given genre are pretty damn desirable, eg, the FJR1300 and XV950 (aka Star Bolt).

But what intangible connects all those great bikes? I don’t really know. Because I’m the sort of person who is willing to acknowledge the importance of intangibles (if you want sensible, buy a damned car), that’s the focus of my advice to Yamaha. The company must have some die-hard customers somewhere; find them, figure out what they love so much about the tuning fork company, and build upon those facets to develop a stronger identity.

Then, you know, keep changing the game. The MT series redefined the affordable “big” bike market. Yamaha’s PR folks would probably try to convince you it’s doing the same thing with the luxury tourer market via the Star Venture, but you and I know that’s not really true. From everything I’ve heard, it’s a good bike, but not one that leaves you standing mouth agape, muttering: “The world will never be the same.”

I think Yamaha could do that, though. It’s possible that the forthcoming T-7 will blow us away. If it does, I’d like to see Yamaha then throwing All The Things at its larger Super Ténéré. We all know that big adventure bikes are really just sport tourers for folks who don’t like to bend: why not just own that? Make a Super Ténéré that makes the KTM 1290 Super Adventure seem basic.

Oh, and stop using different names for things in the United States than everywhere else (eg, FZ-09 instead of MT-09). That's just silly.

OK, I'm gonna level with you guys. When I started this job, I didn't really know all that much about the modern bike industry. I knew a lot about motorcycles and motorcycling and motorcycle history, but, like, the current state of the worldwide motorcycle industry? Not so much. See, my daily rider is 37 years old and it's the newest bike I own. Hell, the newest bike I ever owned was an '85 Shadow 700 with a bad transmission. I knew a bit about Harleys circa 2000-2004 from my time with the Motor Company and my days in advertising, but that was it. Modern bikes? Pssssh. I'll stick with my antiques and scrapyard wonders, thanks.

When the Great Recession hit, I wasn't really hip to the fact that Yamaha was changing the face of motorcycling as Chris mentioned above. I was more concerned with finding just the right gaiters for my XS850 build or watching the value of my house plummet than what the world's bike manufacturers were up to. When I did pay attention to new Yamahas, those I saw on the street, all I saw were – in my woefully uninformed opinion – try-hard clones of other marques' bikes. Boring Harley-esque cruisers and sportbikes that I couldn't have picked out of a lineup. I didn't know that, while I was tinkering away on 50-year-old carbs and scoffing at modern machines because I'm the kind of jerk who's always like, "I prefer their earlier work", Yamaha was out there straight up redefining the motorcycle.

Then Chris hired me, and I realized that I needed a crash course in 21st-century motorcycles. Since I thought I knew what I needed to know about Yamaha, I started with other marques and hadn't quite gotten to Team Blue when Chris pitched this story. I was like, "Psssssh, I know everything I need to know about Yamaha," and Chris informed me that no, in fact, I did not. So I went out to some local dealers, did some late-night reading, and I couldn't believe my eyes.

I was like, "WHERE ARE MY TRIPLES YAMAH...oh, there they are," and, "WHAT ABOUT MY RETRO BI..oh, they're right there."

For days I couldn't stop talking about new Yamahas while my wife just smiled and nodded at me (she's a Kawasaki woman) and told me she was happy for me. After the first rush of discovery, and bitter disappointment that I could not afford one of each Yamaha built today, I settled down and looked at Yamaha's lineup with a more critical, objective (for me) eye.

Before we get into the advice part of this column, I want to address Chris' comments about "Yamaha Guys." I'm a Yamaha guy, and I have been since I first threw a leg over my XS850. What is a Yamaha Guy (using "guy" in a gender-neutral way like "dude" since I know a fair number of Yamaha Women) though? I feel like Yamaha Guys are people who like quirky, high-quality bikes and who always go for the underdog. Are Hondas better? Probably. Would I ever buy one? Hell no. Yamaha makes exactly what I need, and the fact that I ride Yamahas suggests that I am a smart and savvy motorcyclist who knows what he likes and refuses to follow the crowd. Also, that I'm incredibly handsome and talented.

Basically, if you know anything about cameras or photography history, Yamaha is the Minolta of the bike world. Yamaha is constantly in the shadow of Honda (Nikon), on par with or arguably better than Kawasaki (Canon), and both better and cooler than Suzuki (Pentax) and any of those other, lesser brands. Yamaha will never be as good as BMW (Hasselblad), but that's OK because I don't do that kind of riding anyway (shoot medium format). They're often cheaper and less popular than other marques, and are rarely brought up in conversations about what new riders should look at – I was warned away from Yamahas when I was a new rider – but they're every bit as good as the big boys. (Guess who shot Minoltas at the beginning of his photography/advertising career).

With all that out of the way, here are some suggestions for Team Blue – in no particular order – for how to improve their business and sell more bikes (to me).

Does the bike Jason's asking for already exist in the form of the not-sold-in-the-US XSR700?

That's all the advice I have for Yamaha. Keep up the good work, keep innovating, improve your Sport Heritage options, and never, ever let anyone tell you you're not good enough.