Is Honda planning to unveil an all-new Gold Wing? Or something totally different. This new video creates a lot of questions.

Honda has released the first in a series of videos aimed at teasing a new model, and based on the evidence in this first vid we’re putting our money on a new DCT-equipped Gold Wing F6B. Maybe.

We reserve the right to change our mind as consecutive videos are released, of course, but the video contains several elements that make us think we’ll be proven right on 24 October, when the bike is finally revealed.

The video features six models: an NC700X, a current-era Gold Wing F6B, a 1975 GL1000 (the original Gold Wing), a Honda Rebel, another blink-and-you’ll-miss-it F6B, and a CBR300R. That’s three types of Gold Wing in a spot that’s less than a minute and a half long. The bikes seen most clearly are the NC700X, the original GL1000, and a white F6B. Interestingly it’s the first of those three that gets the most face time.

Sitting down with a stopwatch, the NC700X appears in 24 of the ad’s 82 seconds. Whereas the current-era F6B takes second place with 19 seconds – most of that being the long final shot. Additionally, shots of the F6B seem to incorporate into the scenery, whereas the NC700X tends to be the focus of shots in which it is featured. 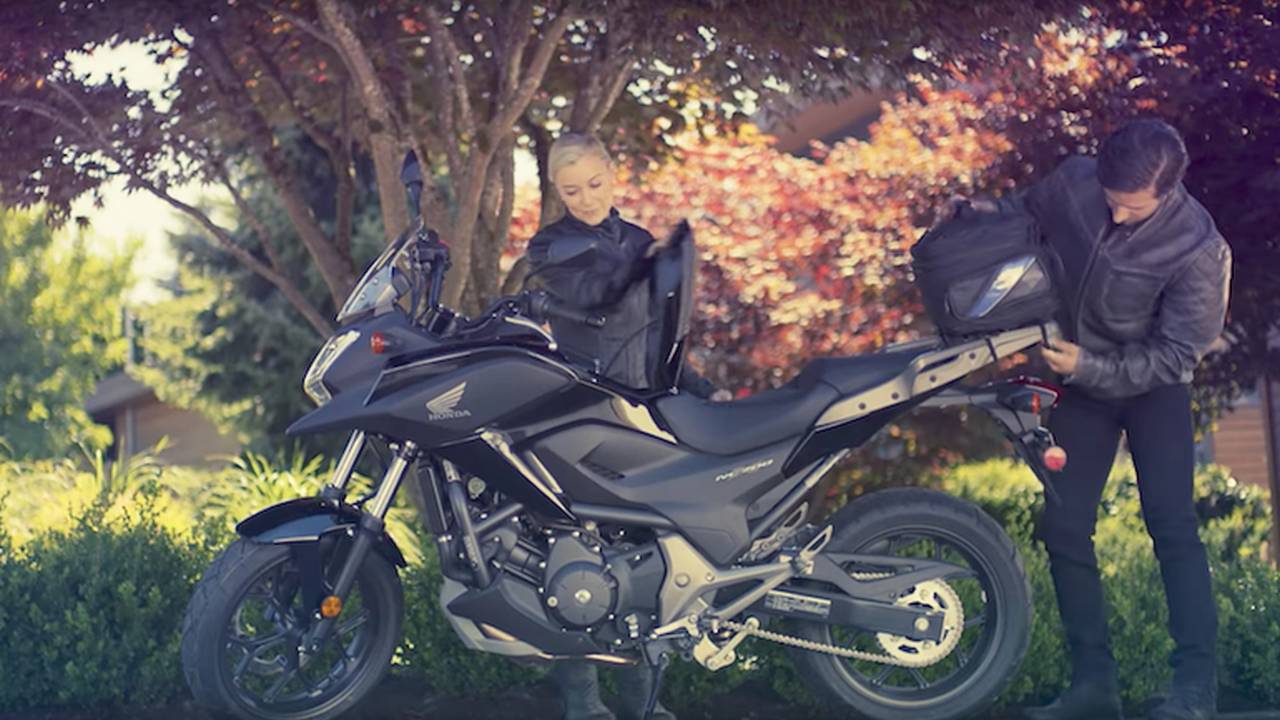 Grasping firmly at straws, I’d say the goal is to remind viewers of the Gold Wing and F6B without focusing too much on their looks (which will likely be redesigned). Perhaps the future F6B’s styling will be more reminiscent of the NC700X’s style, or perhaps the goal is to make viewers think: “You know, that NC700X is a nice bike and everything – if only it had a 1832cc flat six…”

Honda has been deeply committed to its DCT “automatic” transmission, so it seems a logical step to incorporate the feature into the company’s flagship touring platform.

Alternatively, it could be that Honda is working to present a kind of touring F6C – abandoning the power cruiser concept and aiming to present a no-bags, no-screen roadster, a la the BMW R 1200 R? Note that with the exception of the F6B none of the bikes featured in this video have hard bags. The NC700X keeps it simple with a basic tail pack. So, perhaps the goal is to create a machine that gives riders a “classic” unhindered feel of the open road. 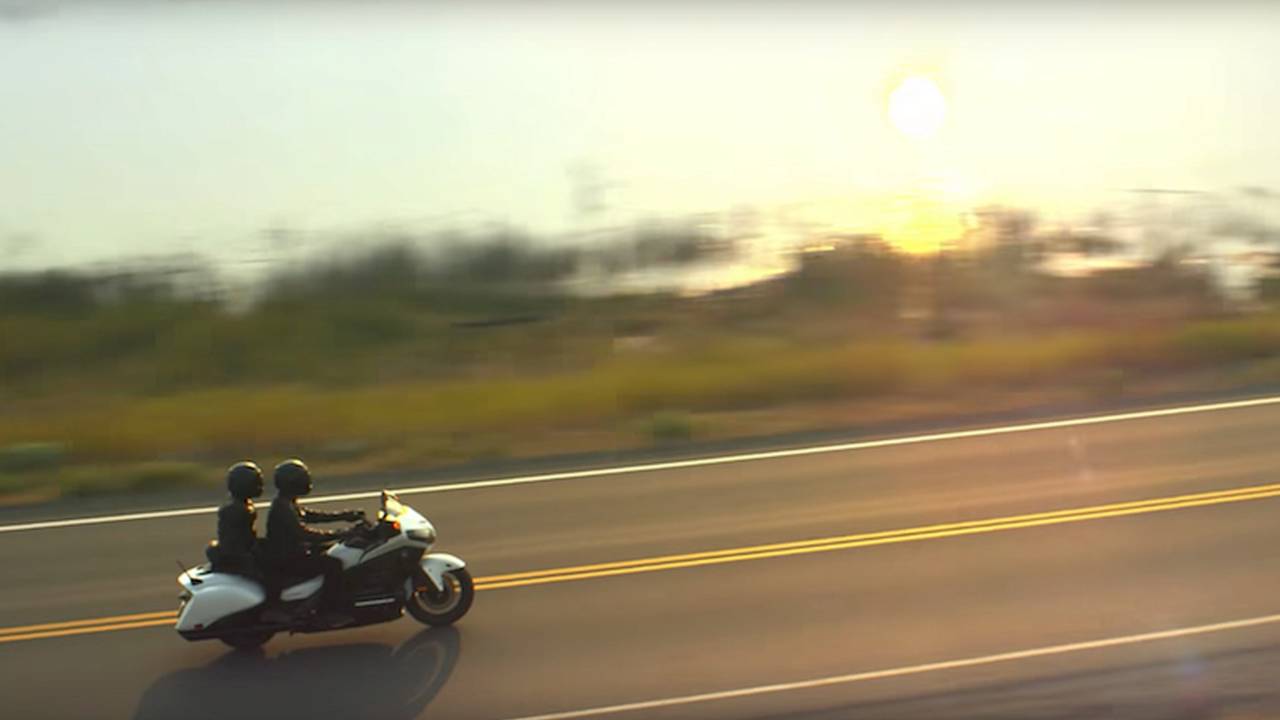 Although the classic Gold Wing and the F6B play a prominent role in the video, it’s worth noting that the three other bikes shown are particularly affordable – the Rebel (300) and CBR300R in particular are entry-level machines.

Honda has been relentlessly dedicated to the NC700 platform (or NC750 in Europe), using its parallel twin engine and DCT automatic transmission in the CTX700, NC700X, NC700S, and NM-4 Vultus, as well as two scooters available in Europe: the Integra and the utterly batty X-ADV. 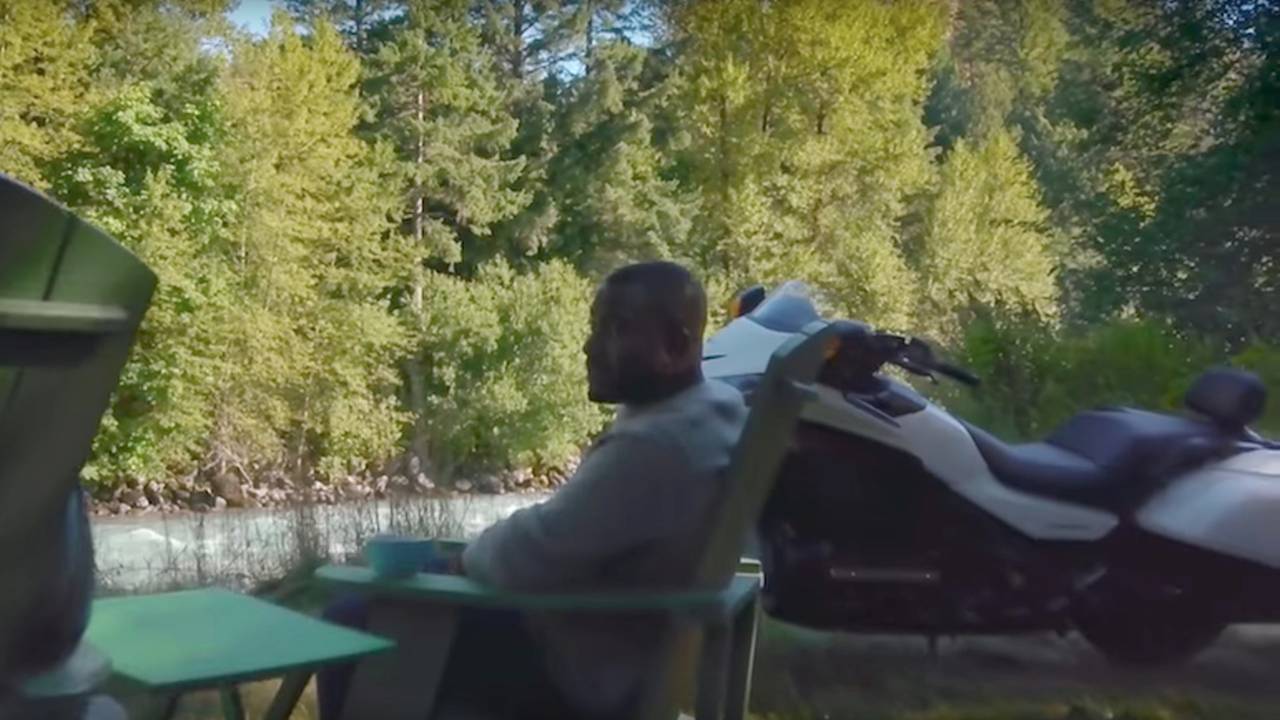 So perhaps this forthcoming model is a Gold Wing-inspired NC-something. Although, that’s basically what the CTX700 is, isn’t it?

In other words, if Honda’s goal was to get you to sit through 82 seconds of video and come out of it without any sense of what’s ahead, it has succeeded. Guess we’ll have to wait for future videos to be released for the picture to become clearer.