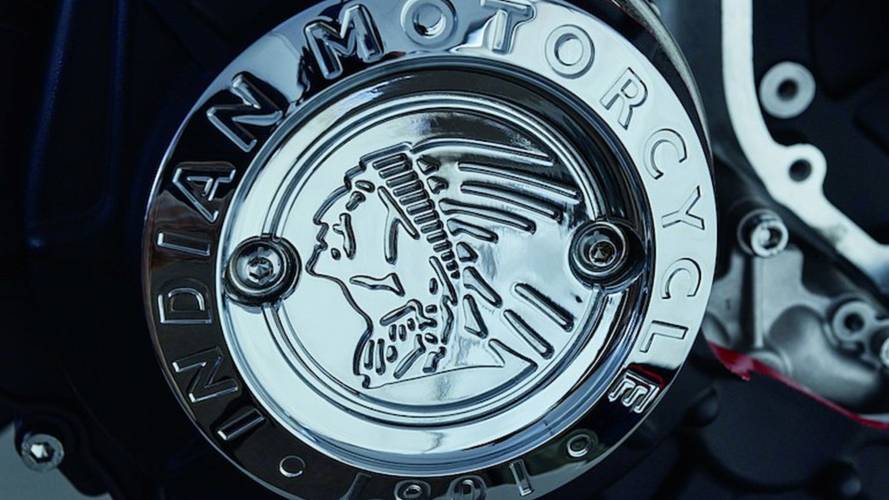 We've already helped Harley-Davidson, now it's time to use our genius to make another brand great. What would you do if you were in charge of Indian?

Iconic name has grown considerably under Polaris’ guidance, but is it doing enough?

Not too long ago we here at RideApart got it into our heads that it would be a clever idea to sit down and tell Harley-Davidson how to run its business. Because, you know, guys on the internet know everything. We even have a Twitter account, which is apparently the only requirement to being president.

Shortly after publishing the article, we received a very gracious note from the boys and girls in Milwaukee, thanking us for our guidance and wisdom, and promising to do all the things suggested both by ourselves and RideApart’s always-polite readers (NOTE: Some or all of this statement may be a lie). And this got us to thinking: we should share the love. It shouldn’t be just Harley that benefits from our genius, but any number of manufacturers.

So, why not turn a constructive eye to the brand seeking to become Harley’s biggest rival: Indian Motorcycle?

Revived in 2013 by Minnesota-based Polaris Industries, the brand has seen growth in almost every quarter since. True, Polaris doesn’t release specifics, so it’s difficult to fully gauge Indian’s success against Harley’s more detailed numbers, but growth is growth; more is more regardless of whether it’s one more or 1,000 more and the execs seem happy with Indian’s direction. In a recent Q2 earnings report, Indian was the only bright spot in an otherwise underperforming division that includes the Polaris Slingshot and the remnants of Victory Motorcycles. Meanwhile, Indian has gone all-in with its efforts to compete against Harley in the flat track arena, dominating this year’s American Flat Track series thanks to its race-focused Scout FTR750 and the shrewd recruiting of a pack of all-star riders for its so-called Wrecking Crew.

Along the way, the Indian Motorcycle model lineup has expanded to include up to 17 models, depending on your definition of what a model is (I’d argue there are at least five different models). Either way, a lot of money and time has been sunk into the brand. But has it been a wise investment? And what should Indian do as it looks toward the future? What would the brand be doing if you were in charge?

Indian has been dominating the 2017 American Flat Track series.

Let’s set the same ground rules here as with Harley; if your vision for what will make Indian a dominant force involves a sport tourer, a supermoto, or a supersport you are out of the game. I would love a sport tourer powered by an unbridled Scout engine, but I recognize I’m in the minority. Anything that’s not a cruiser will demand extensive research and development costs, and Indian won’t get its money back if it invests in a genre that people lost interest in half a decade ago.

Once again, I’ll step to the plate first, followed by Daily Editor Jason Marker. Then, hopefully you’ll be willing to offer up your two cents in the comments. But, uhm, hey: How about a little less bile this time? It’s just motorcycles, man. No need to be so nasty.

I’ve never been coy about the fact I’m a fan of Indian. That’s not to the exclusion of other brands – I ride a Triumph, after all, and will always say yes to an opportunity to throw a leg over a Harley – but something about Indian Motorcycle strikes a chord with me. It resonates in a way that’s hard to describe.

Some of that fanboyishness stems from the Minnesota connection, of course (I went to high school in the Land of 10,000 Lakes and my parents still live there), but there’s also the simple fact that Indian makes really cool, really good motorcycles. However, a visitor to my house will notice a lack of said motos in my shed. Because although Indian is very, very good at meeting the criteria of a genre, the genres it’s chosen thus far don’t really meet my specific needs*.

I love this bike, but it's not quite what I personally need a bike to be.

What’s encouraging is the fact Indian has clearly stated its desire to extend beyond the cruiser realm; that’s always been part of the plan. Back when the first new Indian models were unveiled in 2013, now Indian Motorcycle Product Director Gary Gray told Cycle World: “We don’t want the brand to be pinned down into cruisers, baggers and touring like everyone probably expects. We want to go beyond that. That won’t be a quick process. It’s not going to happen next year; it’s going to happen over fives and tens of years.”

So, as we move past the four-year mark, my advice is simply: please actually do that.

It seems pretty likely. Talk of a street version of the FTR750 has been so overt lately that Indian’s team doesn’t even bother to throw out the “We don’t talk about future product” line anymore. It’s not a matter of “if” but “when,” and I think we may see this bike (or at least a prototype) as early as EICMA, which takes place in November. You can bet your boots I’ll be there, and I’ll be first in line to plead for an opportunity to ride it.

But I’d be even happier if the first naked/standard Indian produced were to instead house the larger, more powerful Scout engine. It certainly felt as if Polaris was leaning toward something like this back in the Project 156 days and I don’t see why the idea shouldn’t be carried forward to Indian. I’d love to see a bike with decent-ish power and attention-to-detail classic styling; something on par with the BMW R nineT or Triumph Thruxton. Something that speaks to the brand’s sporting heritage whilst remaining wholly enjoyable at legal speeds.

Victory may be gone, but Project 156 is still a good idea.

Meanwhile, whereas I acknowledge that a sport tourer is a dead end, I don’t think it’s unrealistic to wish for a solid adventure platform. My personal tastes lean more toward the road-focused adventure-touring side of the genre – in spirit with, say, a Triumph Tiger Explorer XRT or Ducati Multistrada 1200 – but certainly Polaris has the knowhow to develop something far more off-road appropriate. Just about every manufacturer has thrown its hat into the adventure arena, but I don’t see it dying out anytime soon. Especially in Europe. Equally, I think such a bike fits with Indian’s heritage; remember the tale of “Cannonball” Baker, whose record-setting 1914 trip across the United States was littered with knee-deep mud, floods, washouts, and riding on railroad tracks.

Stepping back into the realm of what Indian already does, I’d like to see it put a little more effort into developing a high-end touring bike. I’m a big fan of the Roadmaster, but truthfully it’s nothing more than a Chieftain with bolt-on accessories. That’s not bad – I think the Chieftain is great – but you want your deluxe model to feel a little more… well… deluxe.

The Roadmaster Elite is stupid expensive, but it's really just a Chieftain with lower fairing and a top box.

Related to that, I hope the folks at Indian will continue to ignore the ancient dudes who show up at Sturgis every year and insist that Indian bikes should be equipped with CB radios. No, Rubber Duck. That is a terrible idea. Indian's done a solid job in developing its Ride Command system and I don't think it would hurt to be even more progressive when it comes to tech on bikes.

Lastly, I’d encourage Indian to put a little more work into the experience at European dealerships. The guys at Krazy Horse get it, but other dealerships I’ve visited… not so much. Too often I’ve been in situations where I’m far more enthusiastic and knowledgeable than sales staff. Harley, Triumph, and BMW are on the ball; if you’re going to ask for the same kind of money as them you should be providing the same kind of all-round experience.

(*In fairness to Indian, although it doesn’t presently make a bike that meets "my specific needs," models like the Chieftain and Springfield come close enough that I often debate whether it would be worth conceding a few things for the sake of owning one. If the dealership issue were addressed I probably would.)

The Indian Chieftain Elite. The standard version of this bike is so awesome that I'm almost willing to overlook issues of impracticality.

So, Chris knows way more about Indians than I do since he's the resident Indian homer around here, but I'm nothing if not opinionated. To my eye, it looks like Indian's doing great under Polaris' guidance, and they're turning out some killer bikes, but man, let me tell you what I'd like to see:

Part the First - Quit it with the old man stuff!

Seriously! Look guys, the Boomers are aging out. Like I mentioned in the Harley article we did a couple weeks ago, the middle-aged dentists and podiatrists that cruiser-makers have been catering to since the mid-90s are fast approaching an age where they don't or can't ride anymore. Younger riders (younger than me honestly, 'cause according to my wife, I'm an old man now) DO NOT WANT wallowing, oversized, chromed-out big twins covered in leather fringe. That's a look they associate with their granddads or even their great-granddads. Very few people want that these days.

Indian, you're doing a hell of a job with the Scout and its various incarnations, so just keep doing that and bring us more like it. Smaller, lighter, more agile is the watchword, OK? I'd buy a brand new water-cooled 750 Scout-variant today if it had the right trim and suspension package. Something like my beloved Harley-Davidson Sportster 883R that trades on Indian's long and storied racing history rather than just the history of the Chief's deep dish fenders. I don't want or expect some kind of Indian-branded sportbike here, but a lighter-weight bike for bombing around town and running errands would be a treat. Maybe even, you know, one of those scramblers that are a hit with the kids these days.

I, uh, yeah. You caught me. Look, I know the Model 440 is some supremely old man stuff, but hear me out. Actually, no, don't hear me out. Just feast your eyes on this...

Eh? Eeeeeh? Just look at that gorgeous thing. For those of you who don't know, the Indian 440 sold from 1928 to 1942 and featured a longitudinally-mounted inline-four that Indian bought from the dying Ace Motor Corporation back in the 20s. Since I love oddball engines – see my articles on Great Triples in Motorcycling History and Rotary-powered Suzukis – and I'm kinda over big twins, I'd love to see Indian bring this style of engine back and put it in a totally bonkers power cruiser. Make it fast, powerful, loud, flashy, and a little intimidating. Give it a stiff frame to handle all the power, a six speed trans with shaft drive, water cooling, good suspension, strong brakes, a cool, vaguely Native American name like "Brave" or "Warrior," and ship it. It'd definitely be expensive, a kind of halo bike for discerning gearheads, but it'd be glorious.

So, yeah, that's what I got. Not particularly original, and my ideas say a lot more about me than they do about Indian, but there you go. Keep up the good work, Indian.

So, what's your advice? And which manufacturer should benefit from our incredible wisdom next? Let us know in the comments below.