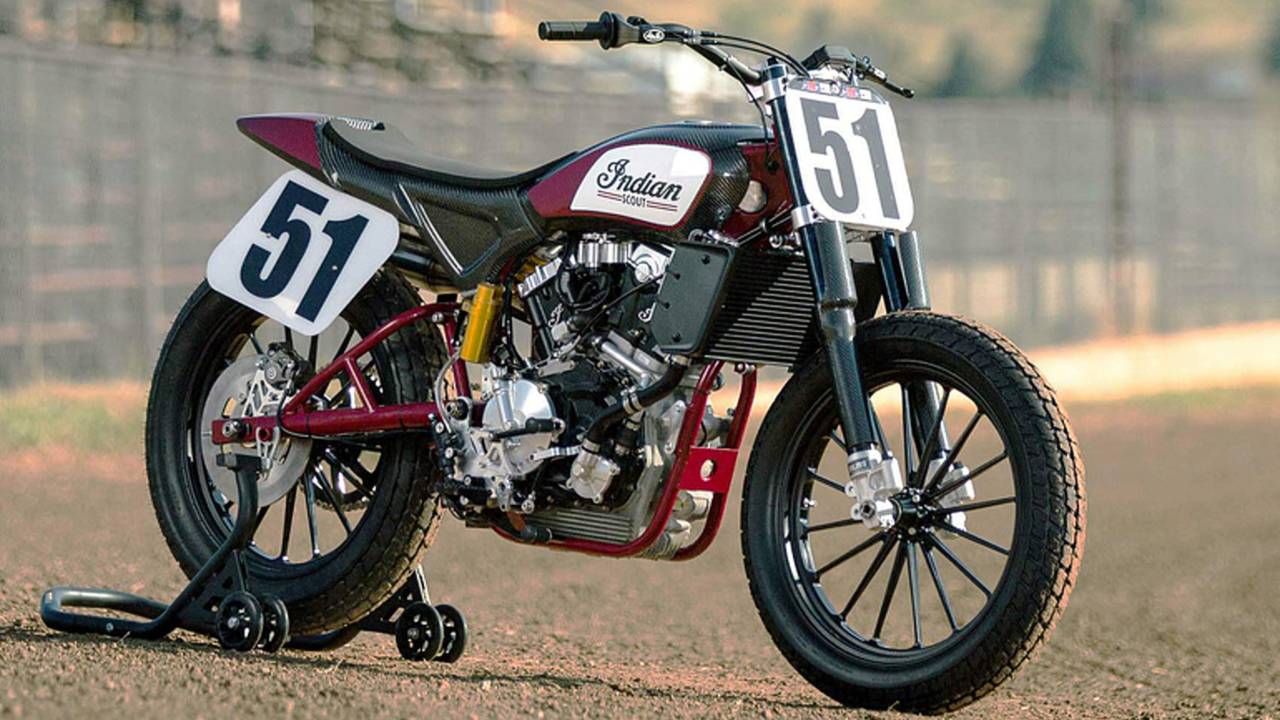 A limited number of Indian's devilishly fast Scout FTR750 bikes are being made available to the public. Find out how you can buy one.

If you're like me and everyone else, your initial response back when Indian Motorcycle first introduced its Scout FTR750 flat track racing platform was: "How can I get my hands on one of those?"

Hitherto, the answer has been: Be really good at flat track racing. Under the captaincy of Jared Mees, Brad Baker, and Bryan Smith, the Scout FTR750 platform has been dominating the inaugural season of American Flat Track, capturing 22 of 27 podiums this season.

Now, though, there's a slightly easier answer. Rather than needing to be able to outride the new Indian Wrecking Crew you just need to dig beneath your couch cushions and come up with US $50,000. A limited run of 50 individually numbered bikes are being made available for sale to fans and collectors. The bikes will be available in a variety of custom finishes and, almost as if to torment those of us who have been begging for a standard Indian for years now, will be available with the option of a front brake.

Of course, the four-speed 748cc V-twin engine is totally race-focused (equally it is neither EPA- or NHTSA-approved for road use), so it's not as if the simple addition of a front brake will turn the Scout FTR750 into a sexy street bike. But, still. Having some whoa at the front would certainly better facilitate fun on a paved race track.

Meanwhile, to sweeten the deal, buyers will be flown, along with a guest, to an American Flat Track event next season where they'll get a chance to hang out in the pits and afterward receive a flat track riding lesson from one of the Indian Wrecking Crew riders.

This is insane. Imagine if Honda said: "If you buy this RC213V-S, Marc Marquez will teach you how to ride it."

I'm being totally honest with you here: when I first heard about this I spent 45 minutes looking at my finances, trying to think of some magical way to come up with $50,000. No such luck. Instead I'll keep crossing my fingers in the hope that all this will one day result in a street version.

(Indian has, after all, hinted pretty strongly that such a thing is coming in the next year or so)