Suzuki forgoes the partnership with an existing fashion label and releases its own line of vintage-inspired apparel in its 2018 merchandise lineup.

One man’s exotic is another man’s normal. This concept has popped up in the fashion world for decades, and it’s become incredibly common for westerners to find clothing sporting eastern languages to be stylish while in the East it’s considered fashionable to wear clothing with english script. As a result there are some shirts baring some pretty hilarious nonsensical phrases and sentences out there, but that’s beside the point. Suzuki Motorcycles has just launched its new 2018 clothing and merchandise range and it includes quite a few vintage Japanese-inspired items with Japanese script and retro designs.

Harley-Davidson long ago proved there is a lot of money to be made in the branded clothing game. In an era in which motorcycle sales are on the decline in the west, it’s arguably more important now than ever that OEM’s find new revenue streams in order to ensure longterm sustainability. While the vast majority of manufacturers’ clothing offerings consist of relatively uninspired designs, primarily comprised of company logos and model names, Suzuki has taken its own merch in a new direction, boasting threads that would be considered stylish and appealing even to many non riders. 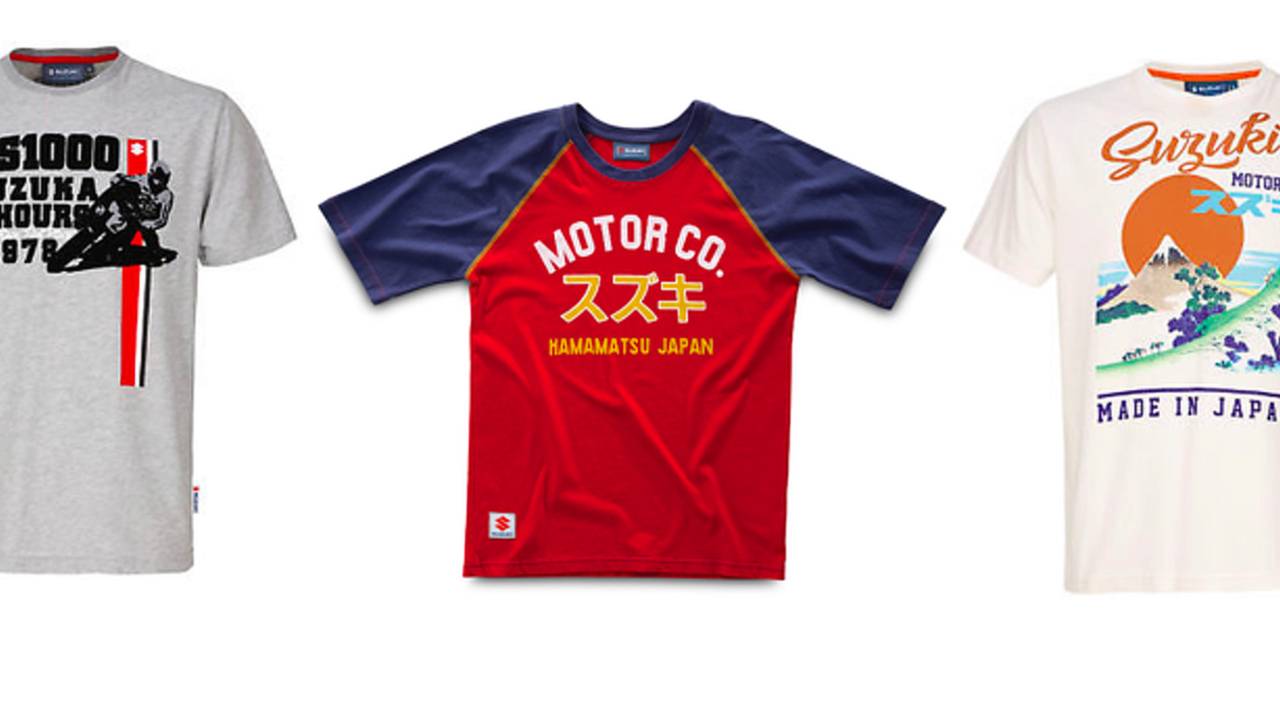 As we recently argued Suzuki’s bikes as of late have increasingly struggled to elicit a passionate response from the motorcycling public. So perhaps one solid way to convince Suzuki owners to wear Suzuki garb is to create trendy, vintage-inspired digs that are just as much about being stylish as they are about representing the brand. And while I hate to admit it, this tactic kinda works. While writing this story we were tempted to order a shirt or two; we still might. 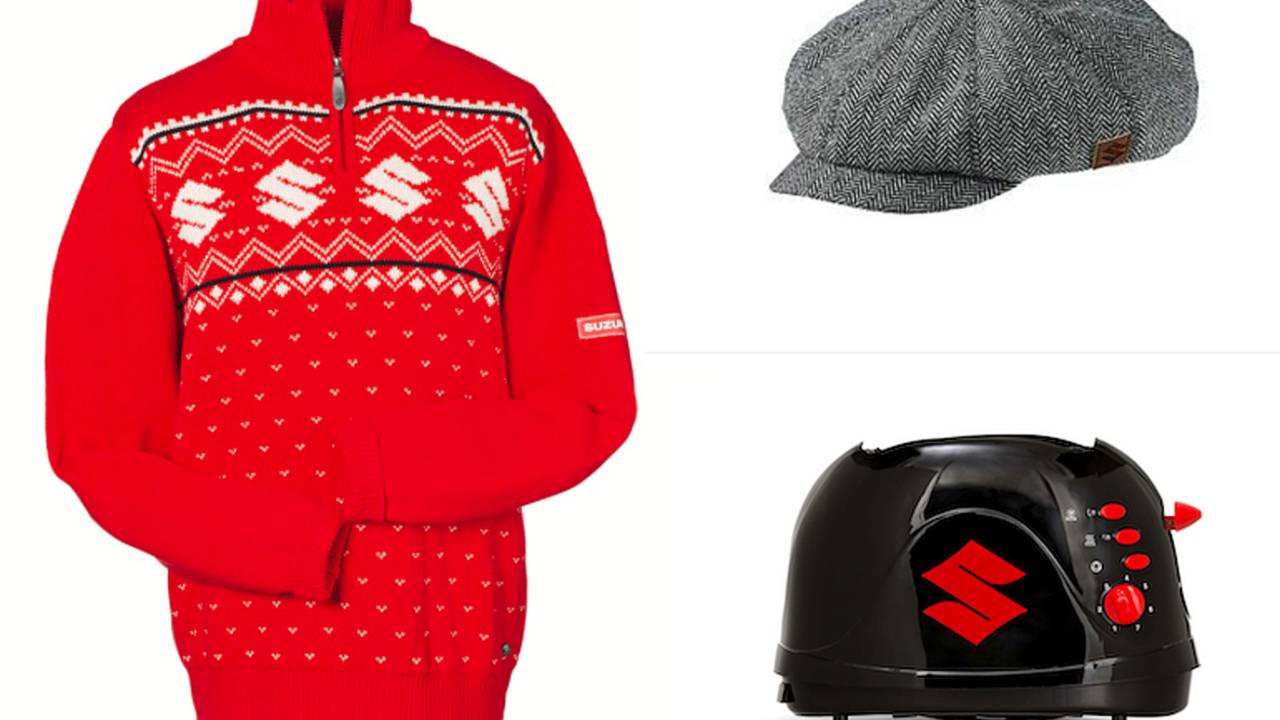 Of course Suzuki’s line of merch is far from limited to just shirts, polos, and hoodies. The marque offers everything from Suzuki brand cookie cutters, to a Suzuki toaster, to a Suzuki brand newsboy hat, to yes, even a Suzuki branded ugly Christmas sweater. To check out Suzuki’s complete product range you can click here to shop the marque’s official eBay page.