Not All GSX-S’s are Created Equal: The 2016 Suzuki GSX-S1000F Fairing Variation 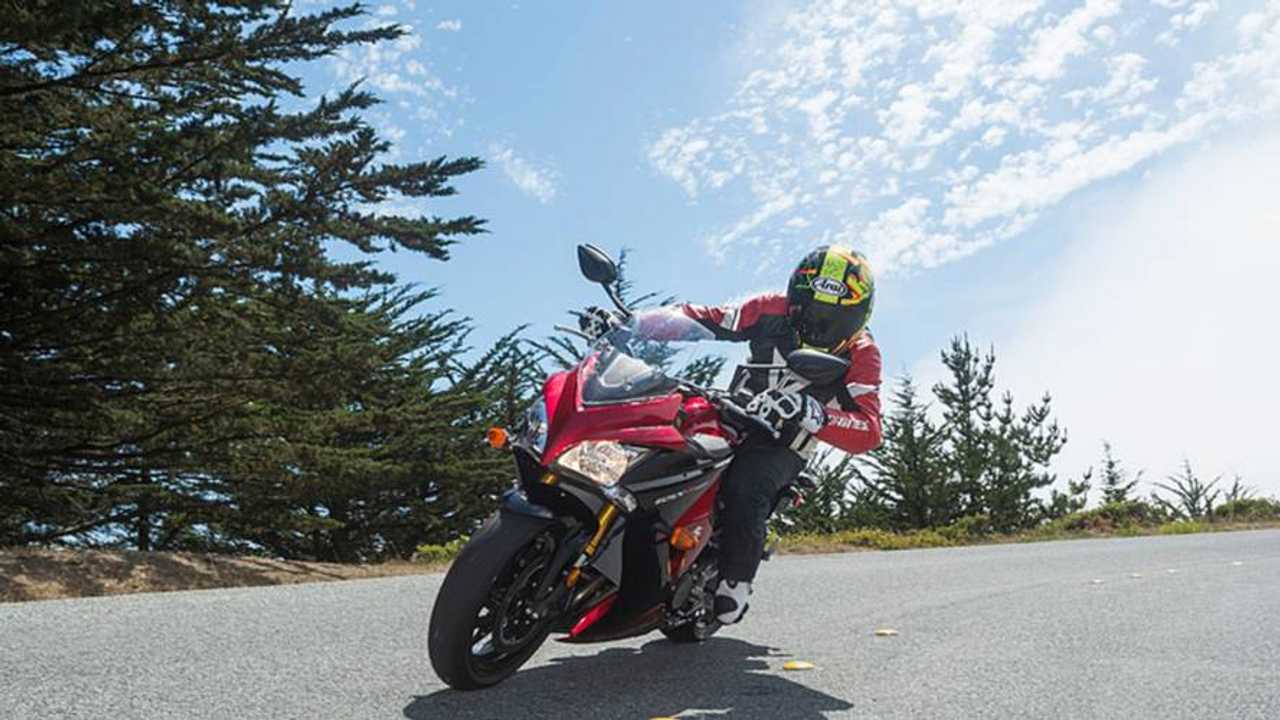 We don’t have the same warm thoughts on the full-fairinged GSX-S1000F version of Suzuki’s latest badass sportbike.

Recently, we reviewed the all-new 2016 Suzuki GSX-S1000 hitting dealership floors this fall. We concluded that this was an excellent package available for a bargain of a price. And for just a few hundred more dollars, you can pick up the same bike with a more complete bodywork set called the GSX-S1000F. That is however, if you can handle the aesthetics…

The 2016 GSX-S1000F is the exact same bike as its GSX-S1000 ABS twin brother. They definitely aren’t identical twins though and the F model certainly drew the short end of the stick by being hammered with the ugly stick. The GSX-S1000F dawns 11 LBS of additional bodywork, a windscreen and a new headlight design to warrant the “F” designation. About 15cc’s of additional fork fluid is also added to the forks to help suspend this additional gear. This brings the total curb weight of the F bike up to 472 LBS.

Despite the bikes looks on the kickstand, the bodywork actually is not as bulbous as it seems. The forward bodywork wasn’t nearly as distracting in our peripheral vision as anticipated. Riding the F model produced the same exhilarating riding experience as the naked GSX-S1000 we enjoy so much.

Suzuki designers claimed that they wanted to give the new GSX-S1000 an aggressive look without going too “cartoonish” like some of the other naked sportbikes by the company’s domestic competitors. While the naked GSX-S1000 has relatively-conservative styling, it seems as if a few of the initial prototype designs that were deemed too extreme found their way into the F model… At the end of the day, this is a highly subjective topic and when it comes to judging the styling of a motorcycle, final determination lies in the taste of the buyer.

Photography by Suzuki Motor of America and Enrino Pavia