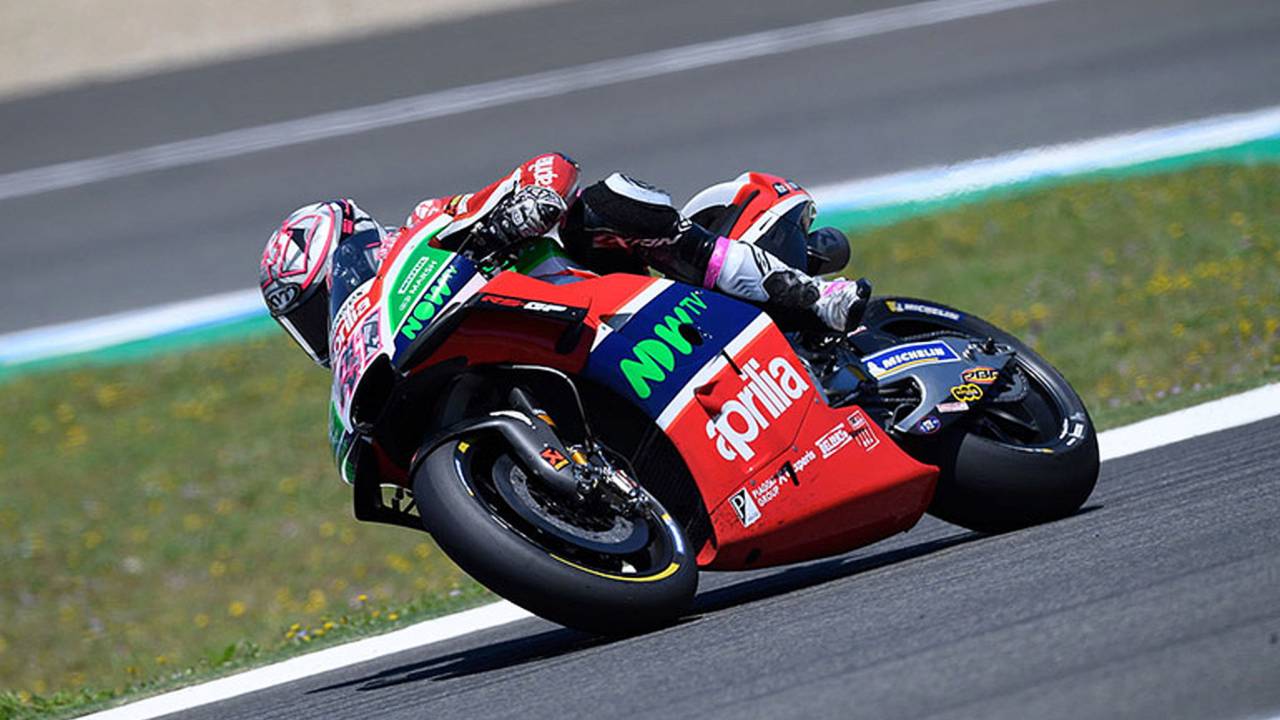 28-year old MotoGP racer Aleix Esparago says his patience and positivity are wearing out after repeated issues with his Aprilia machine this season.

Espargaro ran out of fuel on the final lap of the Qatar Grand Prix, with Aprilia having only just readied its new engine for the season opener.

The Spaniard then also retired from Argentina with a mechanical problem, and then pulled up on the opening lap at Jerez, with Aprilia later naming a "loosened screw on the pneumatic circuit" as the reason for the early exit.

Espargaro said it's "unacceptable" to have three retirements in four races, and he is struggling to "find more energy to be positive".

"I am not even angry, I am really disappointed because four races, three DNFs because of the bike," said Espargaro, whose only finish in 2018 so far is a 10th place at Austin.

"This is a factory team. If I were 18th or 15th they wouldn't be happy and so they have to do a better job and understand what happens, because three retirements with engine problems is unacceptable.

"I am a really positive guy but I don't know how to find more energy to be positive."

The 28-year-old reckons he could have fought for a podium finish at Jerez.

"After the disaster I saw with the front guys , I'm pretty sure that we were able to fight easy for the podium, easy.

Espargaro feels he would be consistently able to ride at the front with a capable bike, as he "feels better than ever in my life riding".

"Sincerely I am not a guy who always speaks about bullshit but I feel I am stronger than ever," he said. "I don't think that many riders are faster than me in the track.

"But we always have some problem, fuel consumption or the bike stops or whatever."

Espargaro said Aprilia promised him a "revolution" after his latest DNF.

"I have no idea why exactly , but it's not that I'm very interested," he added.

"I know that Aprilia feels sh**ty like me and they don't know how to ask me for forgiveness. They promise me there's going to be be a revolution in Noale this week, they are trying to find a problem.