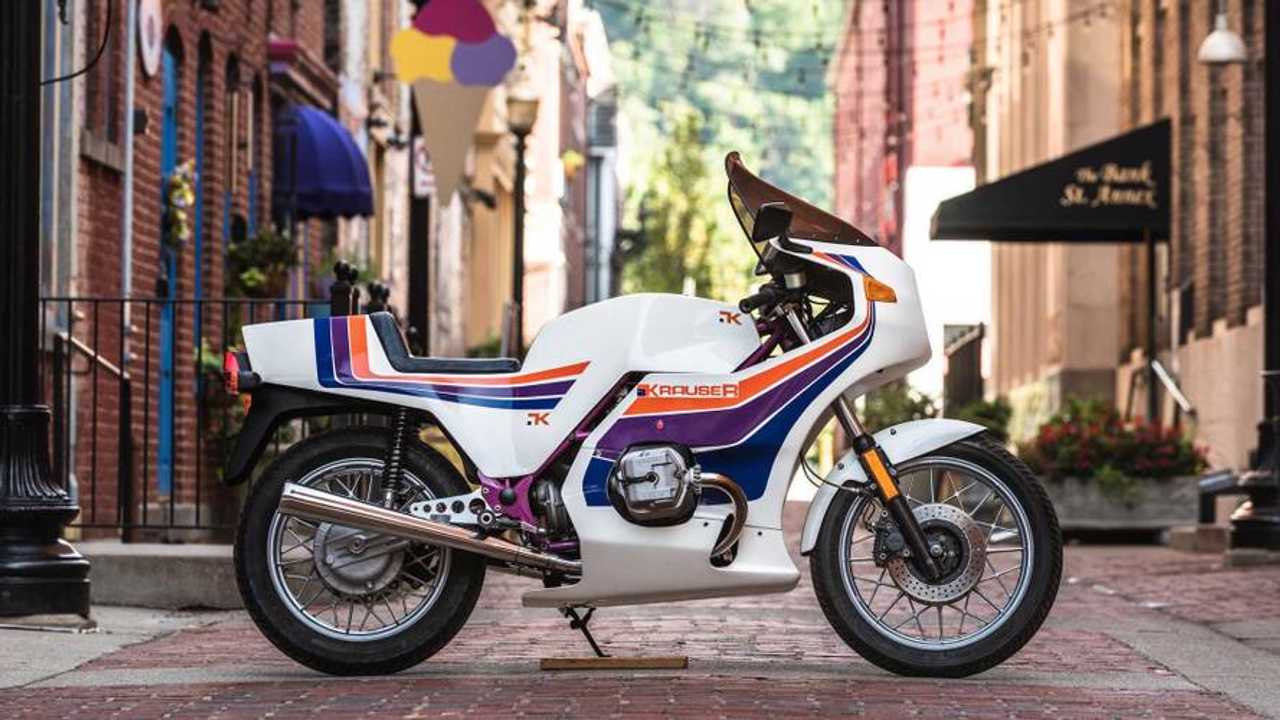 BMW racing legend and luggage maker Michael Krauser wrapped a custom frame around a 1,000cc boxer engine in the 80s and made it amazing

Bonhams, the UK-based ultra-exclusive auction house, has been knocking it out of the park lately with its motorcycle auctions. On October 6, 2018, the auction house is set to hold an auction of serious business collectors' motorcycles at Georgia's Barber Vintage Motorsports Museum. Along with Vincents and Nimbuses and Bultacos and an assortment of other rare, wondrous, and celebrity-owned European iron, one extremely rare piece is going up for auction—a Krauser MKM 1000.

We talked about Krauser last week when I told you about the bonkers Domani trike/sidecar/spaceship/thingy. If I'm honest, I kinda told you about that thing so I could tell you about this thing today. Oh, what a glorious thing it is.

If you don't know, or didn't read the Domani piece, Michael Krauser was a champion BMW works sidecar racer back in the mid- to late-50s. After winning a bunch of trophies he got into making fancy pants bolt-on hard luggage for BMWs, then eventually into high-performance aftermarket hop-up parts for BMW's boxer engines. Not content to just make parts—he made fantastic parts though, like his famous four-valve boxer heads—Krauser eventually started making his own bikes with BMW running gear and futuristic, computer-designed frames called the MKM 1000.

The bike that Bonhams is offering this weekend is a second-generation, 1983 MKM 1000. Only about 200 of these were made, and this is one of 13 imported to the U.S.A. in 1982. The current owner has had it roughly 20 years and has kept it in showroom condition. The majority of the running gear—R100RS mill, transmission, final drive, forks, switchgear, etc.—is stock Beemer. In addition, this bike features the four-valve heads, a pair of 40 mm Dell'Orto PHM carburetors, a BMW 336Rs sport cam, and Ducati-Conti-style stainless steel mufflers. Very fancy, very fast.

8 Photos
++
Got a tip for us? Email: tips@rideapart.com