If you’re a regular HFL reader then you’re familiar with the Vanson AR2. Over the last year and a half that I’ve been wearing, it’s become utterly synonymous with who I am. There’s a good reason for that. I wear it every day, everywhere, on and off the bike. And I was wearing it when I crashed last week too. Can a good looking jacket with no logos, no day-glo colors and, gasp, no speed h...

If you’re a regular HFL reader then you’re familiar with the Vanson AR2. Over the last year and a half that I’ve been wearing, it’s become utterly synonymous with who I am. There’s a good reason for that. I wear it every day, everywhere, on and off the bike. And I was wearing it when I crashed last week too. Can a good looking jacket with no logos, no day-glo colors and, gasp, no speed hump really protect you in a crash?

In short: yes. While the old metalwork in my left arm popped its screws and shredded my Ulna, I think that was more down to its inherent and ongoing weakness and vulnerability than it was impact protection or lack thereof. Aside from that and the two fractured ribs, my upper body is unmarked.

That Vanson’s “competition weight” leather and doubled up, hidden stitching is capable of resisting abrasion should come as no surprise. It’s heavy, thick and stiff in a way that the products from no other jacket manufacturer have ever been. But, I was relieved by how well the Alpinestars Bio Armor in the elbows and shoulders performed. As you can tell, this was a pretty significant tumble, but despite my crappy sewing, the armor didn’t shift at all and provided excellent impact protection. I struck my elbow very hard in the initial fall, it was the first body part to contact the ground, yet there was no impact damage to it. Judging by the scuffing, my left shoulder and right elbow also made contact, again with no injury.

Alpinestars claims BioArmor exceeds the impact absorption decreed by CE testing by more than double. Judging by its performance here, we have no reason to doubt those claims. That the armor is also slightly less than 1.5cm thick and contoured to its intended body part is also a boon, meaning it fits invisibly inside the AR2 with no added bulk or distortion. You cannot tell I have armor in this jacket when I wear it, yet it protected me very well in a significant crash. 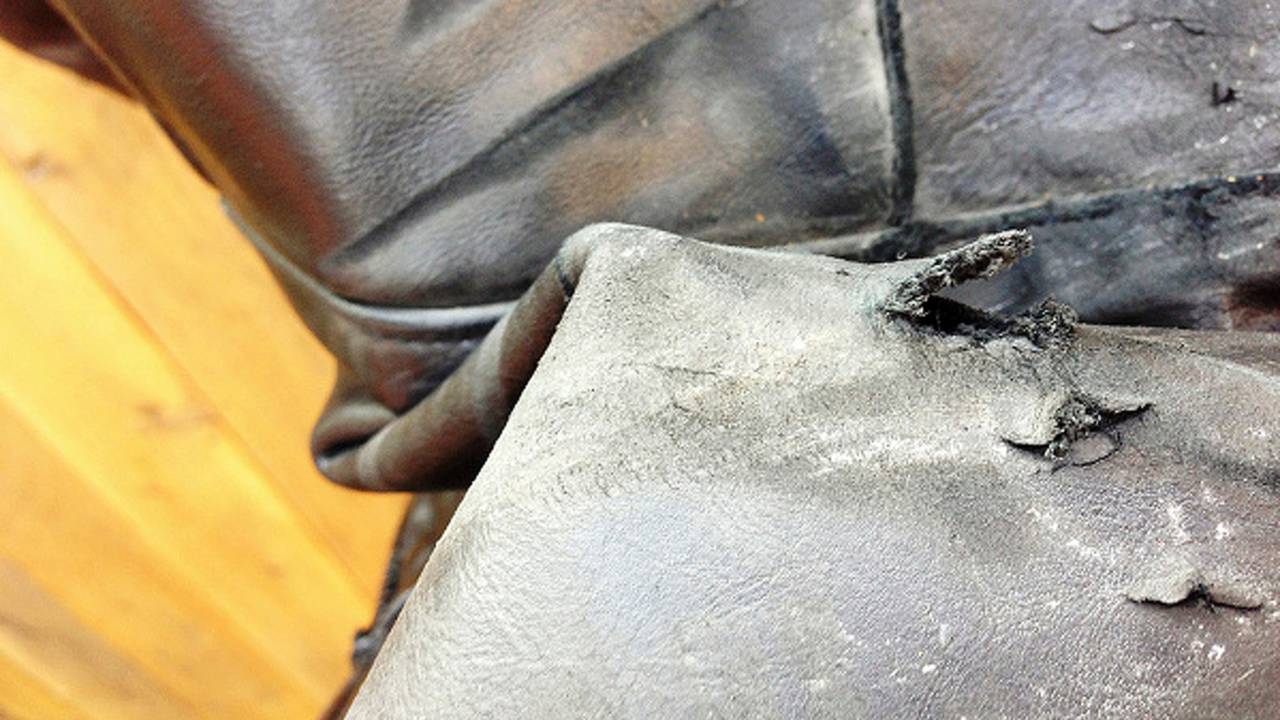 More so than probably any other item of clothing, the overbuilt nature of the Vanson requires a significant break-in period. As soon as I got it, I spent a few days oiling it, crumpling it up and stacking it under freeweights, redoing the oil and crumple every half day or so. Then I slept in it every night for a week. That at least made it look somewhat used, even if it was still stiff enough to stand up on its own and totally alter the way I walked. Other Vanson owners will be familiar with doing the robot; walking with stiff, exaggerated upper body movements dictated by the weight and stiffness.

In fact, I’d only recently really started to feel that the AR2 was softening up and conforming to my body and movements. That’s after a year and a half of wearing it everywhere from New York snow to desert heat. 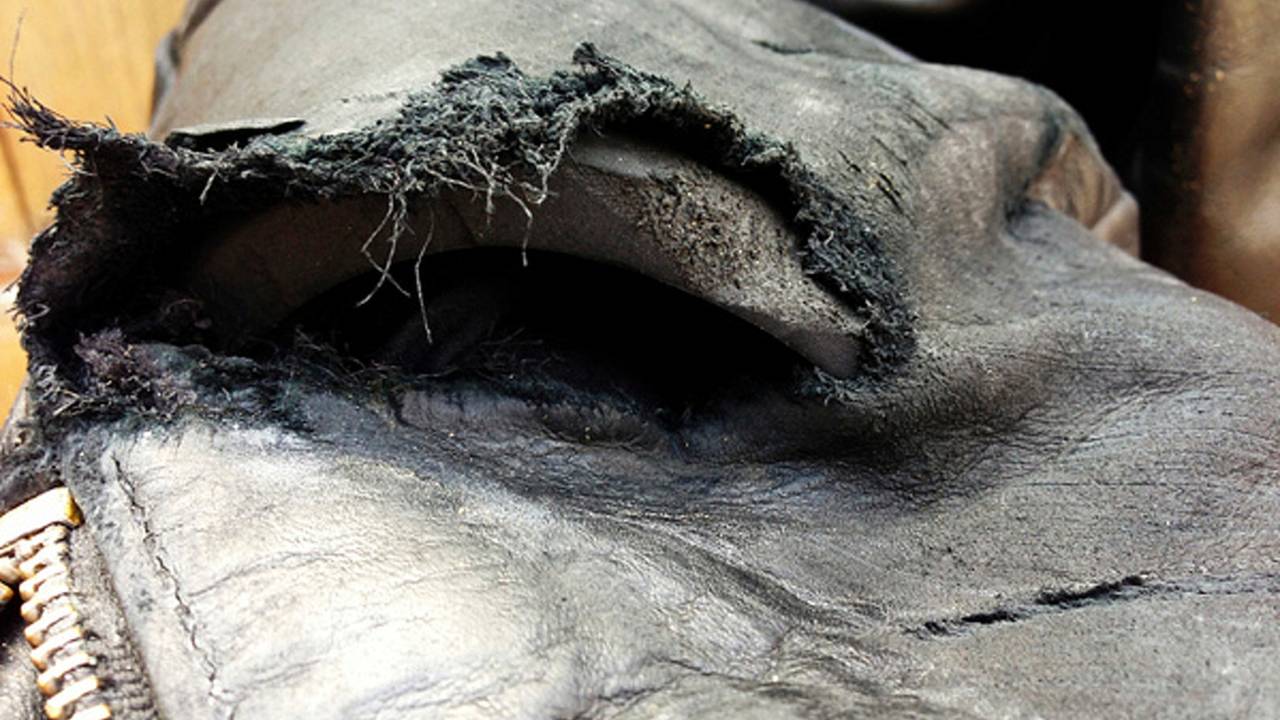 And I do mean desert heat. The jacket has no ventilation of any kind, but by undoing the main zipper down to my sternum, I was able to remain cool enough to ride through gridlocked LA traffic in temps up to about 98 degrees. Beyond that, I really started to get uncomfortable.

The overbuilt nature extends to the hardware too. Big, brass YKK zips act smoothly and feel like they’ll last forever. If they don’t, this is the kind of jacket you get stuff fixed and replaced on, rather than replacing the jacket itself.

Wearing it had become so natural and so comfortable and just so right, that the AR2 had literally become a part of me. Without its reassuring protection, I felt naked. “Aren’t you hot?” people would ask me in bars or whatever. Nope, I’m just fine. 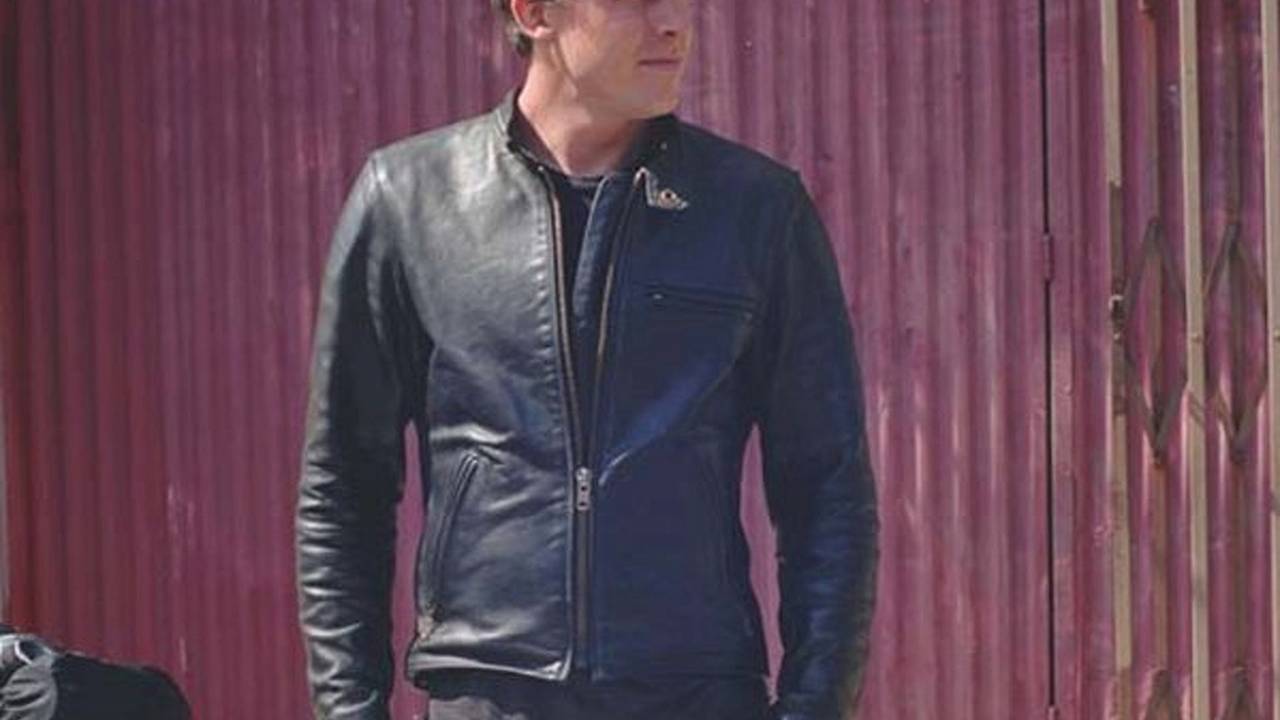 It’s with relief, then, that after looking at these pictures, the folks at Vanson say repairs should be no problem. The AR2 is currently winging its way to their Massachusetts factory where their in-house repairs department is going to get it looking good-as-new again. I’m opting for new panels over patches to retain the understated look. Can’t say I’m looking forward to breaking those in again, but I am looking forward to getting my jacket back. Without it, I feel like a big part of me is missing.