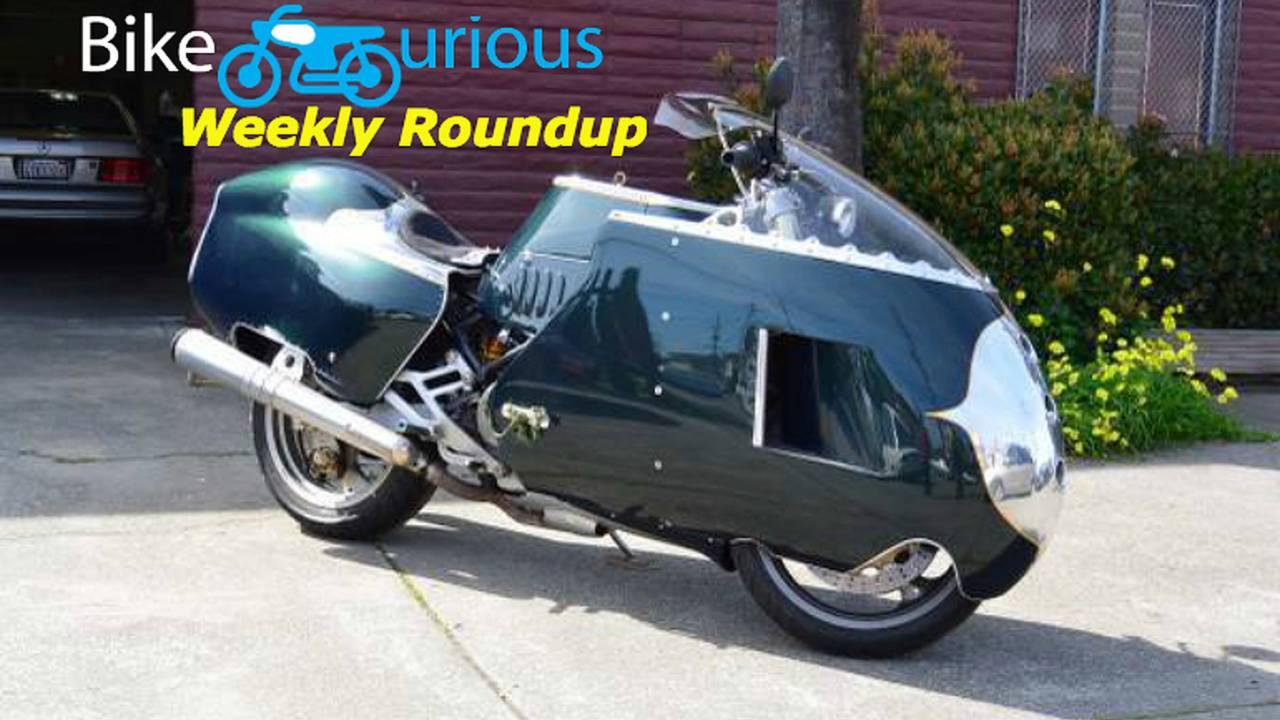 Top 5 Bike-uriosities – Week of 4/11At Bike-urious, we’re spending all of our time finding the most interesting motorcycles currently for sale for...

At Bike-urious, we’re spending all of our time finding the most interesting motorcycles currently for sale for you to drool over (and maybe empty your wallet for). So let’s take a look at our five favorite offerings from this week!

Just like a dog with no discernible breed, this bike was a 'mongrel' of sorts; so they used the french translation (Metisse) to name it. This example is going to need a little bit of work, as it's been on display for a few years, but a.) it's awesome, b.) it's street legal, and c.) it's one of the Spanish-licensed Petite Metisses!

Petite Metisse, you say...what's that? Well, in 1964 the Rickman brothers partnered with Bultaco to get access to the Spanish engines. For this to happen, Bultaco required Rickman to allow the production of a licensed replica, and it was originally called the Bultaco Pursang Metisse Mk1, which was a copy of the rare 250cc Petite Metisses that Rickman sold as complete bikes. For more on the partnership between Rickman and Bultaco, check out this profile on Motocross Action Magazine.

This bike (Frame #: B-1101065, Engine #: TT06-H66734) is a rare Spanish model which originally came with a Bultaco 250 single. At some point after 1969, a 500cc Triumph twin was shoehorned in, and in 2006 the engine was overhauled and the bike got a cosmetic refresher and recently the bike got new Avon bodywork. However, it's been on static display for years so it will need "some re-commissioning." Find this Metisse for sale in Santa Monica, California with a BIN of $8,900 or best offer here on eBay.

When it was released, the VF1000R was a bit of a revelation: it was Honda's flagship, designed to showcase what the Japanese firm was capable of. It was also a huge tease to US riders, because it was initially released in Europe only — America got the VF1000F instead, which was designed to be more of a touring bike. The R was Honda's first road bike to benefit from gear-driven cams, and riders ate it up. Here's a true first-year example of the breed, which was imported into the US from France.

For more on the VFR, check out this article on Motorcycle Classics. This example (VIN: SC162002340) has 11,484 miles and is claimed to run perfectly. The seller says it has a clear title and it's been inspected though the photos show out of date California plates. Still, this bike is absurdly cool and it gets even better thanks to the "6.2 gallon European TT style fuel tank" (compare it to the tank of the bike below). The differences between the '84 model and the bikes that the US officially got might be subtle, but I assume this has to be a cool option for those of you that love 80s Honda sportbikes.

Find this French VFR for sale in West Tisbury, Massachusetts with a BIN of $9,500 or best offer here on eBay.

In 1992, Yamaha offered a limited edition replica of their Vance & Hines AMA Supersport bike. I've seen conflicting numbers of production (between 500, 600, or 636) and conflicting stories about what the limited edition included. The paint scheme is obvious, though what I'm unsure about is if you got anything beyond that.

First, a period video with the Supersport bike:

Most examples I've seen feature a Vance & Hines slipon exhaust, but V&H also offered extra go-fast parts for the FZR at the time. This example (VIN: JYA3HHE07NA040781) has 10,526 miles and it's #316 of the limited production. There are some minor cosmetic issues but the seller says the bike is in excellent condition and it runs flawlessly. You'll get new tires, a Corbin seat, and a new Shorai lithium ion battery.

Find this Vance & Hines replica for sale in San Francisco, California with bidding up to $1,025 and the reserve not yet met here on eBay.

Starting with a Ducati Monster, Jimmy Kilroy built a custom that kept the frame intact but surrounded it in fascinating bodywork. The build was completed in 2012, and the next year it won the "La Piu Bella" (the most beautiful) award at the Quail Motorcycle Gathering.

The M750's V-Twin engine put out 64 horsepower, which was good enough for the stock bike to get up to 120 miles per hour. It's a fair assumption that this bike (VIN: zdm1rc3l9xb006223) has a bit more weight to carry around.

The bike has over 4,000 miles and it's claimed to run and ride beautifully. Ignoring the bodywork, the only other modification seems to be front forks that allow for dual disc brakes up front. Find this dustbin Ducati for sale here on Craigslist in Oakland, California for $12,000.

My favorite bike this week has to be this gorgeous Swedish MXer. Litoverken A.B. (known as Lito) was a Swedish motorcycle manufacturer that only lasted between 1958 and 1965, but for motorcross fans the Lito name is timeless. The 500 MX was a handmade works machine built between 1961 and 1964, and it came about when Monark's MX team was disbanded. Just 35 were built and they were designed to allow privateers to compete with factory race teams. A Lito piloted by Sten Lundin won the 1961 World Championship, then placed third, second, and third again in successive years.

Litos typically utilized British components, typically with frames and engines from BSA. For more on this legendary motorcycle, check out this excellent profile on the Lito on Motorcross Action Magazine, who call this bike "one of the three most important motocross bikes ever made."

This example was apparently abandoned in a "secret" collection in Germany before it was imported to the US. It has a BSA Gold Star scrambler frame and gearbox, with Borrani rims and Maico forks. The crankshaft has been modified to yield a 100mm stroke, and the engine also has a Mahle piston, Rickman Enfield primary chain case, Amal carb, and more. Note that this bike was at Bonham's Las Vegas this year. The estimate was for a sale between $50-$70k but the bike did not sell. Now find this Lito for sale in Santa Monica, California with a BIN of $59,000 or best offer here on eBay.