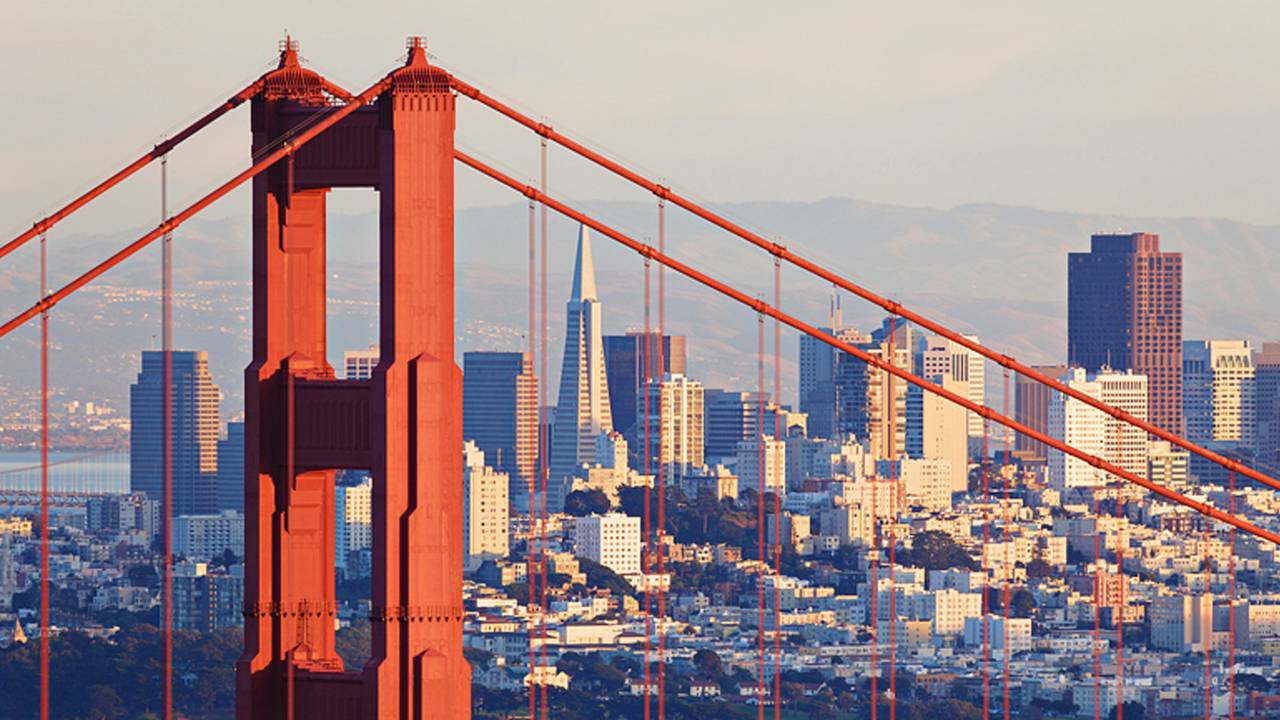 This installment of Ask RideApart answers some questions about living with a motorcycle in the San Francisco Bay area.

What to expect when motorcycling in the Golden State

I just moved to California and I've got two questions. One, how do you park on those steep hills of the Bay Area without tipping over? Two, what do you do if an earthquake hits while you are riding?  Thanks.

Hey Lisa, thanks for writing in! So, you moved out to the Best Coast and you have some questions regarding the, uh, unique challenges of riding in the Bay Area. I'll tackle your questions one at a time, and I'll start with the situation you'll encounter most often – parking.

Parking a bike anywhere hilly can be a hassle, but parking a bike in a city as vertical as San Francisco is on a whole other level entirely. Lucky for you, the tactics used when parking someplace mildly hilly and parking on, say, Lombard Street are largely the same. First, you want to make sure you park facing up hill. Back into the spot you've chosen at a slight angle, butt the rear wheel up against the curb with the front facing up the hill, leave the bike in gear, and voila. Leaving the bike in gear lets the engine's compression act as a sort of parking brake, the curb (hopefully) keeps the bike from sliding away, and facing up the hill ensures that the bike is pulling against the kickstand in the direction it deploys rather than pushing against it in the direction it closes. All these forces should work together well enough to keep your bike from rolling down to the bottom of the hill and into the bay.

Exhibit A - a fantastic parking job

That said, there are a few important things to be aware of. First is your surroundings. Is the spot safe? Is it easy to get back into traffic from the spot? Is there any broken pavement/gravel/sand/trash/whatever that the bike could slip on? If any of those questions have unsatisfactory answers, or if the spot faces downhill, your best bet is to find somewhere else to park. Better to be safe than sorry, and better to walk an extra block or two than to have your bike totaled because it fell down a hill.

Second thing to be aware of is how much lean your bike has on the kickstand. Not all kickstands are created equal (obvs), and a kickstand's length and where it's mounted on the bike can greatly affect the bike's stability when parked. Get to know how your bike rests on its kickstand when parked on level ground so that you can better judge how it sits on different grades. Even the most stable bike can be shaky when parked on a hill. Oh, and one more thing. If you have to park perpendicular to the hill instead of parallel – like, say, in a parking lot – just make sure your kickstand is facing downhill and you should be golden.

Now that that's out of the way, let's talk about earthquakes. Lisa, I'm gonna level with you here. Your chances of being caught in an earthquake while riding your bike, even in California, are vanishingly small. Infinitesimally small. So small, in fact, that it's not worth worrying about. Is it a scary thought? Hell yes it is. Is there anything you can do about it? Not really. I guess if it does happen, you'd do well to stop in as safe a place as possible, watch out for debris and other dangers, and get to shelter as fast as you can. You can get a new bike, you can't get a new you.

This ain't happening on your commute. Don't sweat it.

That said, while there may not be much you can do during a quake, there's a lot that a bike can help you with after the Big One flattens San Francisco again. Check out this story Wes wrote way back in 2011 about how to survive an earthquake using a motorcycle. It's a bit tongue in cheek, but there's some good advice in there.

So, yeah. I hope I've answered your questions and calmed your worries a bit. Just make sure to park facing uphill, keep your eyes peeled for falling masonry, and you'll be good to go.