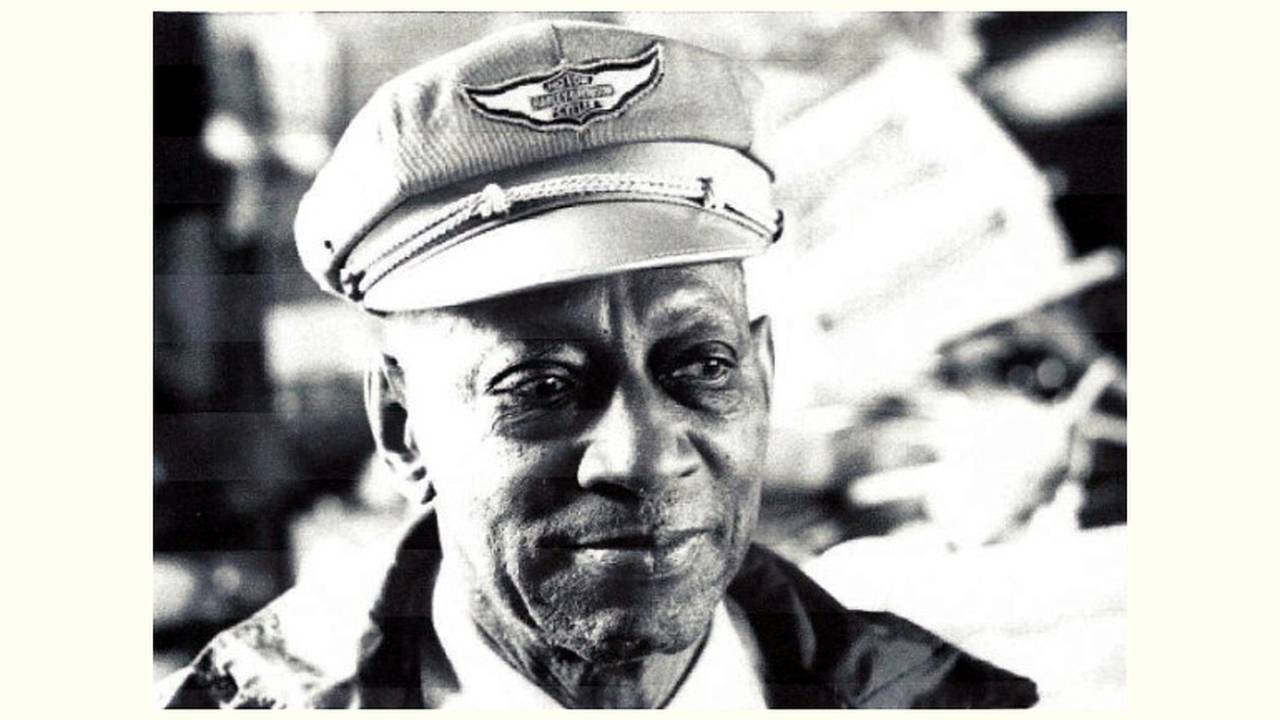 February is Black History Month, so what better time to look back at the legendary William "Wild Bill" Johnson, early racer and Harley-Davidson dealer? Details are a little sketchy, but many believe Wild Bill to be the first black man to get an AMA membership, back in the 1920s when it was still an exclusively white club. As a mechanic, racer, and business man he was definitely the first African American to own a Harley-Davidson Dealership. He was born in 1890, died in 1985, rode Harleys until he was 82, and ran his shop until the the day he left this world.

Details and images are sourced from the little New York and New England town newspapers where Wild Bill won fame during his time as a hill climber. They don't have digital archives so we may be off a year or two, here and there so forgive me in advance. But the story goes that the Crotona Motorcycle Club wanted to hold an AMA sanctioned hill climb in Somers, N.Y., where Mr. Johnson lived and had a shop. The owner of the property agreed to let them use the land if Wild Bill could compete, and a deal was struck. Some say in order to get an AMA card, or compete at some events, he had to claim to be an American Indian, but he did whatever it took to race and win.

Sadly, there are no pictures of him competing, or anyone racing up the hill in Somers. This is actually the only picture of him I can find riding a bike. Having grown up very close to Westchester County, N.Y. I was surprised to learn about these pre-war hill climb events in the area. They seemed to be the hot ticket back in the day, taking place anywhere there was a significant mound of dirt and rocks. Most of the images you find online don't identify the rider, the location or the date, but this is typical of the era.

William competed in hill climbs up until about WWII. After that point, he ran a successful Harley-Davidson dealership out of what was once a blacksmith shop until the 1980s. He only stopped riding a the recreational level after a fall left him without the use of his arms at age 82. At age 95 he passed away, some say he was actually at his shop. He had spent the majority of his life in that building so its a fitting way to close the book on his career. A remembrance in the AMA magazine with more details is here.

In the recent Harley and the Davidsons miniseries a fictionalized version of Wild Bill Johnson had a small part, but was racing flat track not hill climb. The character seem to be more of an amalgamation of Mr. Johnson and a later flat track racer named Leroy "Buster" Payne. Buster broke the color barrier in AMA Grand National Flat Track/Road Racing, but that wasn't until 1952. Until the mid-1950s black riders were almost all outlaws, racing in non-AMA sanctioned events.

The real man, Wild Bill on the left and his Hollywood double on the right.