This 1972 Triumph Trackmaster Race Replica Is A Stunner 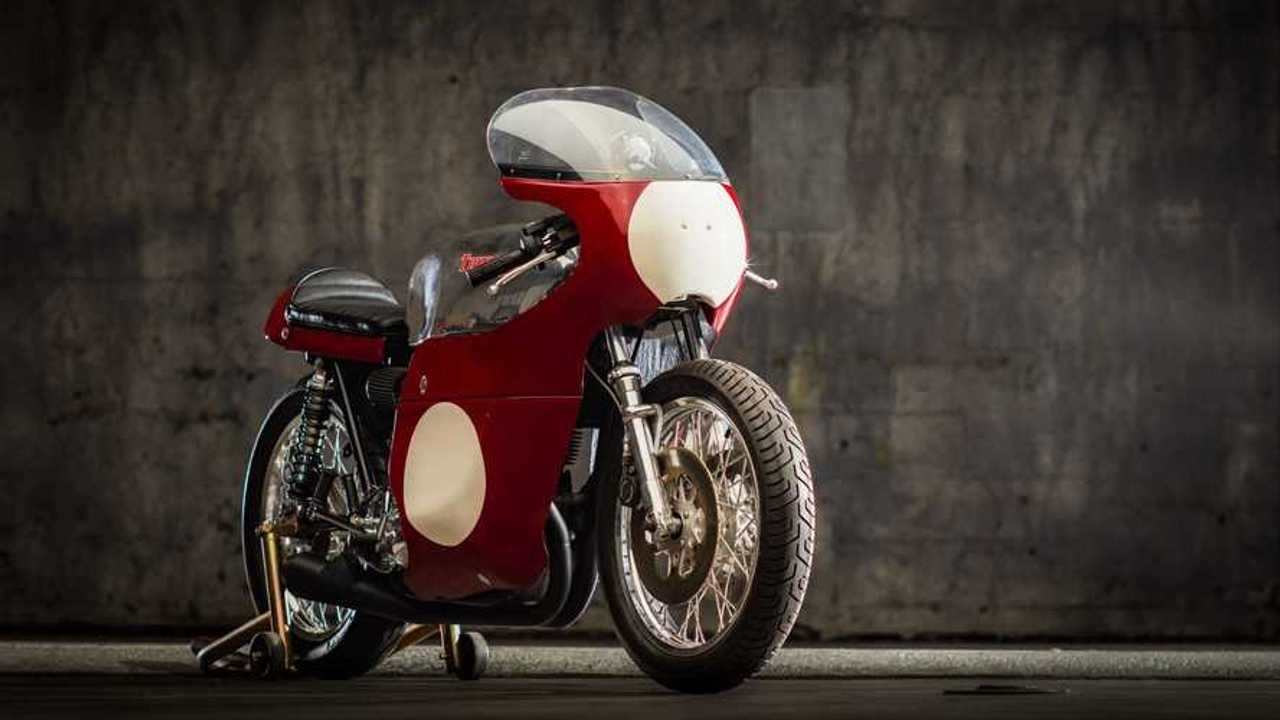 Are you looking for a beautiful vintage racing machine that may need a little TLC to get back on track? If so, this beautiful 1972 Triumph Trackmaster Road Race Replica could be just the bike you’re looking for. It’s no street bike, but if you’re itching to take it to the track, it’ll be more than happy to go.

It’s up for auction in Portland, Oregon, but first things first—before you hit the track, it’s going to need a little fettling. The seller says it had a full restoration in 2002, but hasn’t been run since. Down in the comments, they say, “I attempted to start it today. The floats were stuck and were dumping gas, so it flooded it, I ordered some new plugs and will try again tomorrow. It’s got tons of compression and good spark, though.”

That said, it’ll be a glorious thing when someone gets it running well. Trackmaster frames started when Triumph went and had a chat with race tuner Ray Hensley back in 1967, to see if he could build them some custom frames that they could officially stamp with Triumph part numbers. Why go to all that trouble? Racing rules of the time, of course! If only OEM parts are allowed, then we’d better crank out the best OEM parts we can!

Today, the Trackmaster name is revered among vintage race bike enthusiasts—and some street bike ones, as well. Although they were purpose-built for track use only, a builder named Heinz Lange was determined to build a street-legal Trackmaster-framed Triumph that got featured on Bike EXIF in 2019. Take one look and you’ll see that it’s quite special.

A race bike needs more than just a well-built frame, though. This one is powered by the 750cc parallel twin engine out of a 1969 TR6R. It’s mated to a converted five-speed gearbox of unknown provenance. Mikuni carbs, a belt-drive primary, a racing exhaust system, Grimeca dual disc brakes up front and a single disc in the rear, a Ceriani fork, and Works shocks illustrate that this was, indeed, a serious build.

It also comes with a beautiful front fairing with a clear bubble windscreen, along with a fiberglass solo tail section made by the Tank Shop in Scotland. Custom rearsets and an alloy fuel tank that was reportedly stored without fuel inside complete the composition. If you win, you’ll get this bike, a rear stand, and an Oregon bill of sale.

Better Stock Up For The Winter: