Mash X-Ride 650 Classic Wears Its Influences On Its Everything 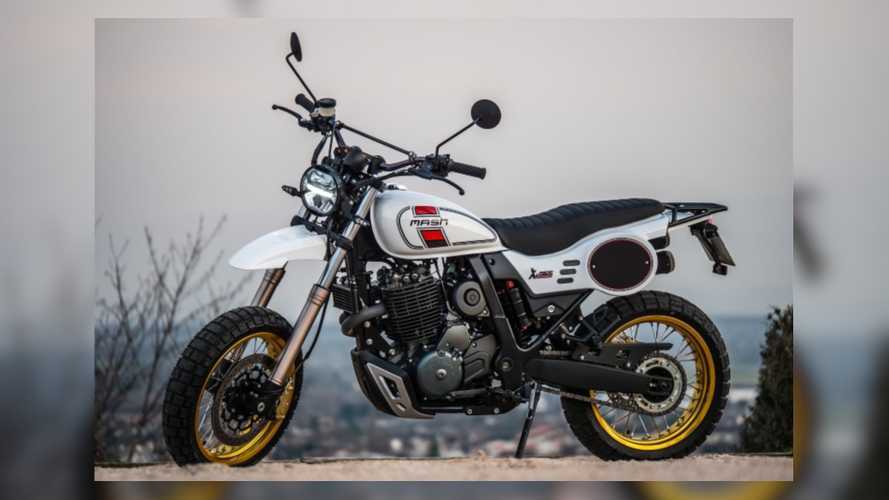 Not a tuning fork in sight.

French company Mash Motors is back at it again! If you loved the styling cues of the Dirt Track 650, you’re going to love the company’s follow-up. What’s that you were saying, you liked that first bike, but you wished it was a little more scrambler-y? The new X-Ride 650 is all about that sweet scrambler style that it seems like we can’t get enough of.

Continuing in that neo-retro vein, the X-Ride 650 features the same single-cylinder lump found in the Dirt Track model. According to the official spec sheet, it puts out a claimed 40hp at 6,000 rpm. It stops with a 320mm front disc with a four-piston radial caliper and a 240mm rear disc with a single-piston caliper.

Seat height is 860mm—around 34 inches—and we’re not sure how narrow or wide that saddle is. It weighs 169kg dry, which is roughly 372.6 pounds, and can hold 12 liters—or about 3.17 gallons—of fuel. We don’t have an exact figure for curb weight, but you can rest assured it weighs more than a sack of feathers. One thing’s for sure: its clear spiritual ancestor, the Yamaha XT 500, weighed quite a bit less at 141kg dry. Then again, it also had a smaller 8-liter (or 2.11 gallon) fuel tank. Potato, tomato.

Pricing and availability have yet to be released, although you can find preliminary info on both the French Mash site and the UK Mash site. The Dirt Track 650 is €5,495 (or about US $6,080), though, so that gives us some idea of what to expect in that realm. It’s unclear how Brexit will affect pricing and availability for UK customers, with this bike and with any bikes sold by other European companies. It’s also unclear how a big thumper like this fares under Euro5 emissions regulations, but obviously they’ve found a way to make it work.

So far, it looks like white with gold wheels is the only color scheme available for this bike, so it’s lucky for us that the finished bike is pretty easy on the eyes.