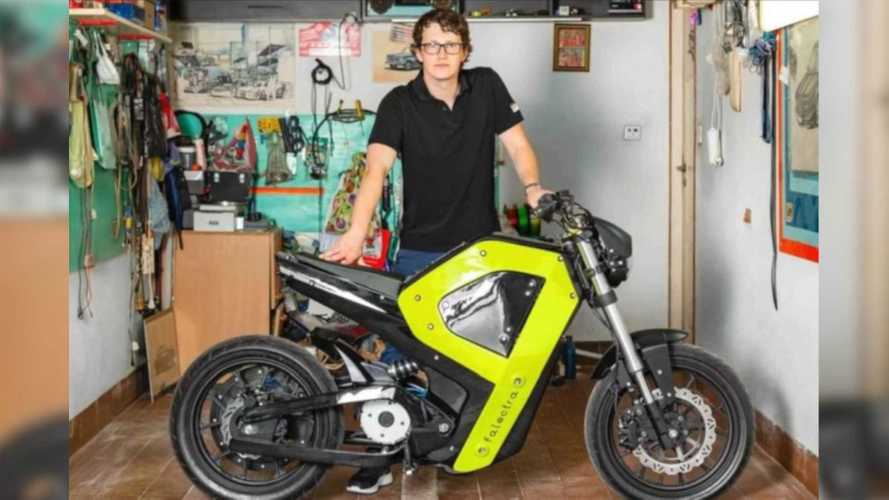 This Polish designer 3D-printed his dream into reality.

3D printing has come a long way in a short time. To designer Piotr Krzyczkowski, it seemed like the ideal way to take an electric motorcycle design he’d created from paper to reality. After visiting Milan and seeing how well two-wheeled vehicles did on those narrow streets, he thought about road congestion back home in Poland. Thus, a dream that would come to be called Falectra was born.

Some Other Non-3D-Printed Electric Prototypes:

A lot of people can draw a motorcycle on paper—but that alone isn’t going to get your project funded. To do that, a working prototype is incredibly helpful. If you’re just one guy and you don’t have buckets of cash at your disposal, building a prototype on such a small scale is difficult—or was, before 3D printing reached its current stage of development.

That’s why Krzyczkowski teamed up with Polish 3D printing company Zortrax. To his amazement, “the whole process cost almost seven times less and we were able to show the world a functioning motorcycle,” Krzyczkowski said in a press release.

The entire process took about half a year to complete, and features battery placement that is as low as possible within the bike to help enhance stability. Up where the tank would be on internal-combustion-engined motorcycles is a storage box. The whole thing, when complete, should weigh an estimated 90kg (200 pounds), which will be quite impressive if they can pull it off.

According to Zortrax, the prototype bike, as it exists, can travel up to 70km (43 miles) on just one charge. It can also reach speeds of up to 60 kph (37mph). There are currently plans in place to build 10 more of these prototype models for research purposes in 2020, with plans for mass production of Poland’s first electric motorcycle in 2021. No other details are currently available, but if everything goes to plan, we hope to learn more in the future.

Estimated cost will be around PLN 15,000 (about $4,000 USD) for the consumer version, although that number may of course change between now and its sale date. You can follow the bike’s developments here.