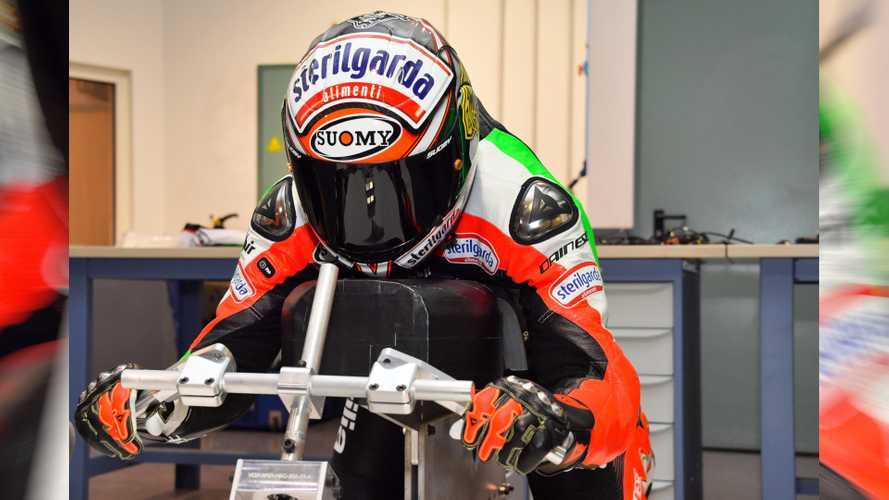 Breaking the world electric motorcycle land speed record is no small task—but it’s one that six-time combined 250cc GP and WSBK championship winner Max Biaggi aims to check off his to-do list in 2020. He’s currently working alongside the Venturi-Voxan engineering team on the lightning-driven pony he hopes to ride into the history books, the Voxan Wattman.

Break All The Speed Records:

Biaggi’s depth and breadth of racing experience built over a career is, of course, important to designer Sacha Lakic and the rest of the team. Attention to fine ergonomic and aerodynamic details involve constant input from Biaggi, along with 3D scans and various measurements taken aboard the model to refine the design. FIM regulations also play a role, to ensure that the resulting bike is fully qualified to take on this world record attempt.

The goal: a lofty 330 kph (which is just over 205 mph), which the team aims to achieve at the Uyuni Salt Flats in Bolivia in summer 2020. The category, which officially bears the tongue-twisting full title of “electric motorcycles propelled by the action of one wheel in contact with the ground, partially streamlined, under 300kg,” was most recently conquered in 2013 by Jim Hoogerhyde on board a Lightning SB220. At the time, his top speed was 327.608 kph (or 203.566 mph).

“A lot was learned during this first work session with the Venturi-Voxan team, especially when we were adjusting positioning on the model,” Biaggi reflected. “It’s nothing like the typical racing posture. I literally have to become one with the bike, lying down on it close to the ground. I had to learn to get used to it and work within the technical constraints that we have.”

While this world record is important to the team, it’s not the only goal that Voxan has set for itself. “We did this work with Max so that we could adjust the controls (steering, seating, foot position etc) to basically design the motorcycle around him,” Voxan Wattman head of development Louis-Marie Blondel said.

“In the next phases, we will model the bike’s bodywork to computer test the aerodynamics then move to the mechanical design of the chassis and motorcycle as a whole,” he continued. “This electric motorcycle land speed record is a real technical challenge. We want the Voxan Wattman to beat the current world record and even one day perform better than its combustion counterparts.”

Photos by Charly Gallo for Voxan