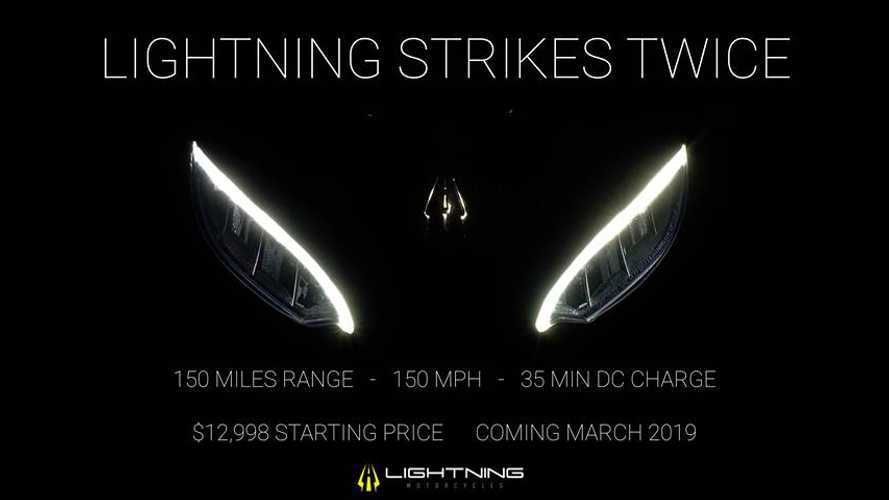 Show us the bike already!

In January, electric bike startup Lightning, maker of the world’s fastest electric bike, announced the addition of a new act to its one-bike show. This time, from fast and expensive, the company planned on hitting the affordable, mass-production, long-range sweet spot. So when is the teasing done and the actual bike coming? Your guess is as good as ours.

TIME FOR THIS BIKE TO STRIKE

According to the graphic the company sent out, the Strike will be able to charge on three different levels, from regular, at-home charging to ultra fast. A standard outlet will charge the bike “overnight” (no number of hours specified). A level 2 will give the Strike a full charge within two to three hours while a level 3 fast charger will give a 100-mile boost in roughly 20 minutes while a full charge will take 35 minutes.

This information joins the already impressive list of features the bike has to offer, including long-ish range—150 miles which would make it one of the most interesting offers on the market, a top speed of 135 miles and a price point below the $13k mark. Should the production numbers remain the same, the Lightning Strike is likely to create a shockwave on the electric motorcycle market by making emission-free commuting more accessible than ever and much easier to deal with on a regular basis thanks to the extended range. Another graphic showcased the riding geometry of the bike, much easier to work with than the super-sporty LS-218.

Whether an additional battery pack available at an extra cost (like with Zero Motorcycles) will be required to have access to the full range or whether $12,995 is all you will have to pay remains to be seen. That and, obviously, the bike itself. No date has been confirmed, all we know is that within now and March 31st, we’ll get to see it. So, Lightning. When?