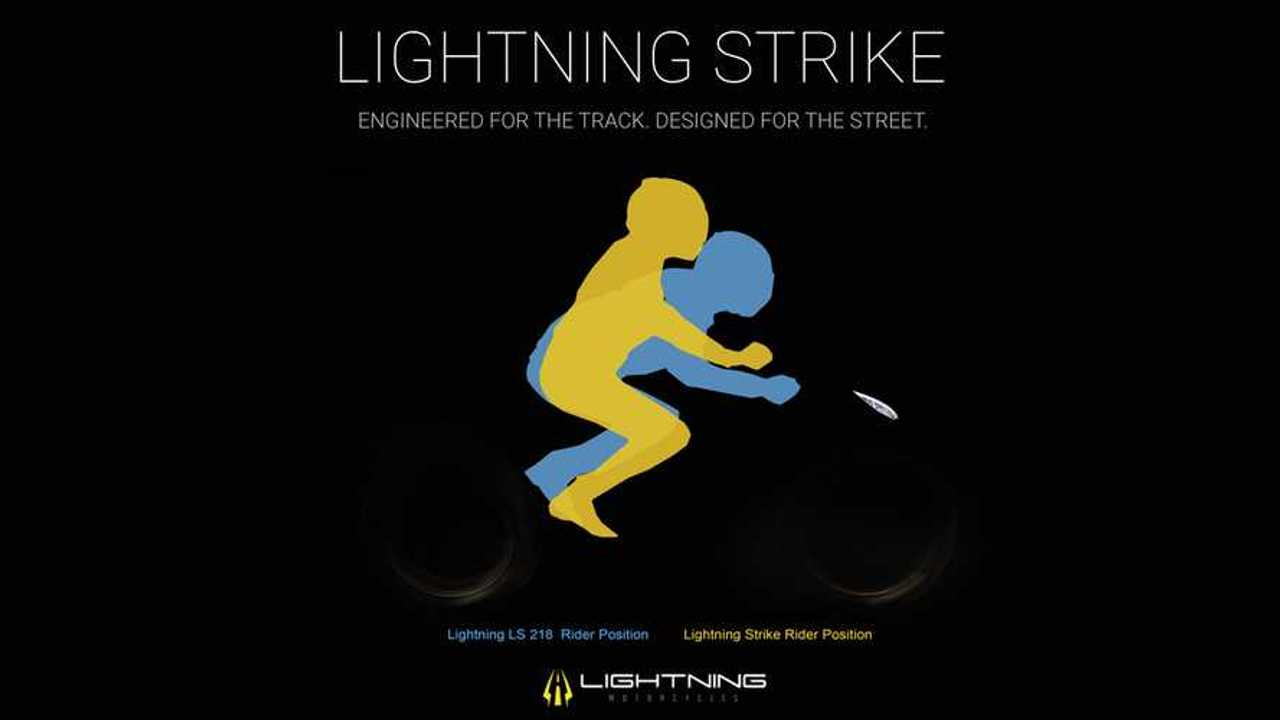 A rather unusual teaser.

Teasing is part of any marketing process—brands hope that by drop-feeding information to the public, they’ll build enough hype to make their new models a success. Triumph has been a pro at this, especially with the number of teasers it released prior to the launch of the Scrambler 1200. While some teasers are only pretty to look at, others contain actually interesting information. Lightning Motorcycles hasn’t been shying away from giving us the gravy when it comes to its all-new Strike model. Today, we’re treated to yet another teaser and this time, we get a feel for the ride.

Earlier in January, Lightning Motorcycles unveiled a blacked out image with the headlight design of a new an upcoming model—the Strike. The teaser was also very forward, announcing all the numbers customers are usually interested in: 150 miles ranges, 150 mph top speed, 35-minute fast charge, and a price tag of only $12,998. Lightning is going in for the prize and stepping into Zero territory with a long-range, low-price new model. In comparison, the world’s fastest electric bike, the LS-218, offers a 100-mile range.

The company also announced at the end of January that pre-orders were open—roughly two months prior to the unveiling. That's considering that all we've had to work with are headlights and numbers. Until now.

The company has now unveiled yet another teaser of the new Strike and interestingly enough, instead of giving us a peek at another feature of the model, Lightning is showing us its riding geometry. The image compares the riding position of the LS-218—Lightning’s first claim to fame—and of the Strike, highlighting the fact that the bike will offer the rider a more comfortable, commute-friendly position. “Engineered for the track. Designed for the street.”—this screams sportbike if you ask me.

While the idea of putting money on a vehicle nobody has seen might sound silly (looking at you Tesla), if Lightning is, in fact, able to offer 150-mile range for less than $13k, we might all be sorry we didn’t reserve ours.