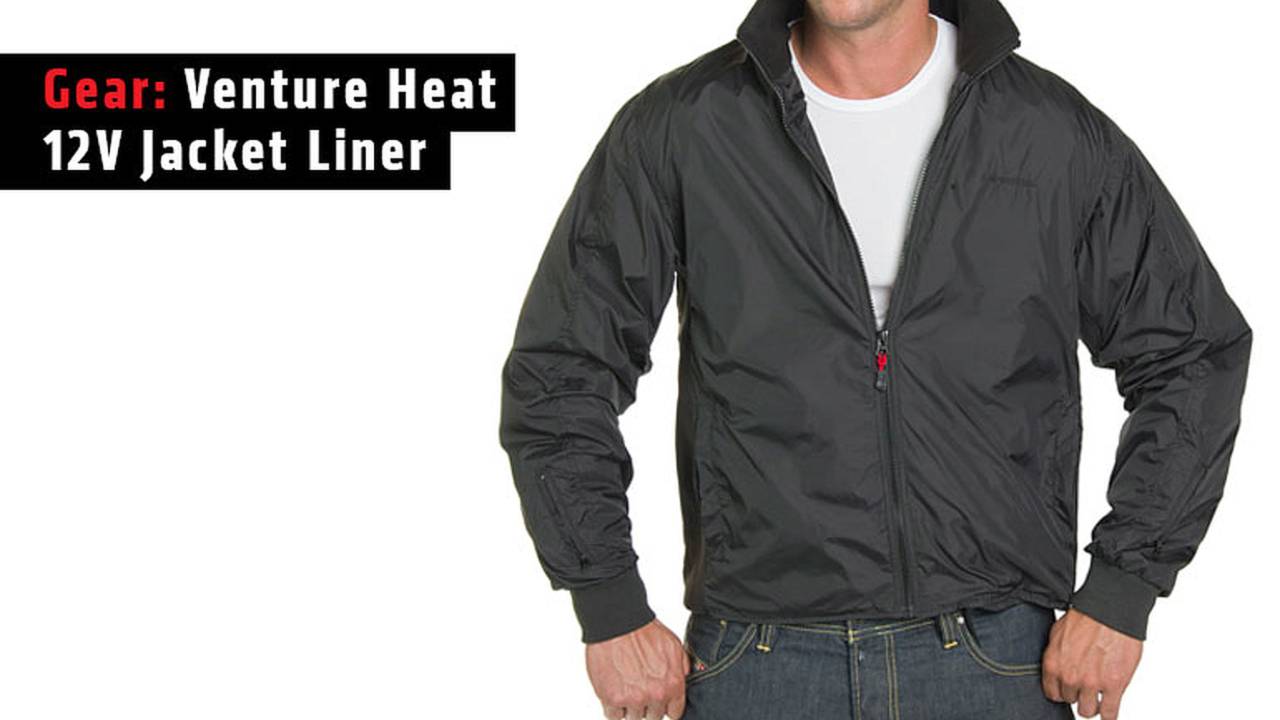 While Los Angeles has enjoyed the effects of global warming this winter, we did finally get a few cold nights. "Cold" being in the 50's. Yes, to the rest of the country that's a balmy spring day.

So now that spring is in the air, it's nice to have an extra layer that can keep the edge off. What I liked most about this liner is that it's thin enough to wear under even my tightest riding jacket, even though it's long sleeved, and I wore one that was too big for me.

The liner comes with all the connectors you'll need, and easily connects to a motorcycle battery. For my electric bike, I had to get the cord spliced to a connector for the Zero's accessory plug. That was an easy trip to radio shack, and the vest has never drawn a noticeable amount of voltage from the battery-powered bike. I've used it on both the Zero FX, a naked bike, and a 2009 R1. I've often used the liner without even turning it on because it's so wind proof.

Learning to push the power button was a bit tricky. As I'm not one to read directions for simple things, I assumed I could just push it and go. After a few failed attempts, I realized I needed to hold it down for a few seconds to turn it on.

Once on, the vest heats up extremely fast. It starts out in "red" mode, the warmest. After it's reached full temperature, it automatically switches to "yellow". Pushing the button quickly can easily phase through all modes and back to red. Being as cold-blooded as most reptiles, this bothers me. I want all hot all the time.

At 6' 150 lbs, I'm taller & thinner than most. The Venture Heat liner I was given is a Medium. Although my torso would fit better in the XS, the sleeves would be too short. I'd rather have sleeves that are a bit short, with no elastic at the cuff, in order to have a liner that's tight enough. The more fitted it is, the warmer it is. Just like the Gerbing, the more layers you put under it, the harder it has to work to keep you warm.

The thick Gerbing vest I wore every winter until 2012* had unwieldy cords that connected it to the gloves. The Venture Heat liner has these cords running down the sleeves into a handy little zipper pouch. Very clean and completely unnoticeable. I haven't needed to test the gloves, though.

They wouldn't let me try the battery operated vest, as it's not wind proof enough for motorcycling.

*In December of 2012 the EMT's cut me out of my Gerbing vest. Thankfully they did this while it was disconnected, as I suspect cutting through live wires might be a problem.