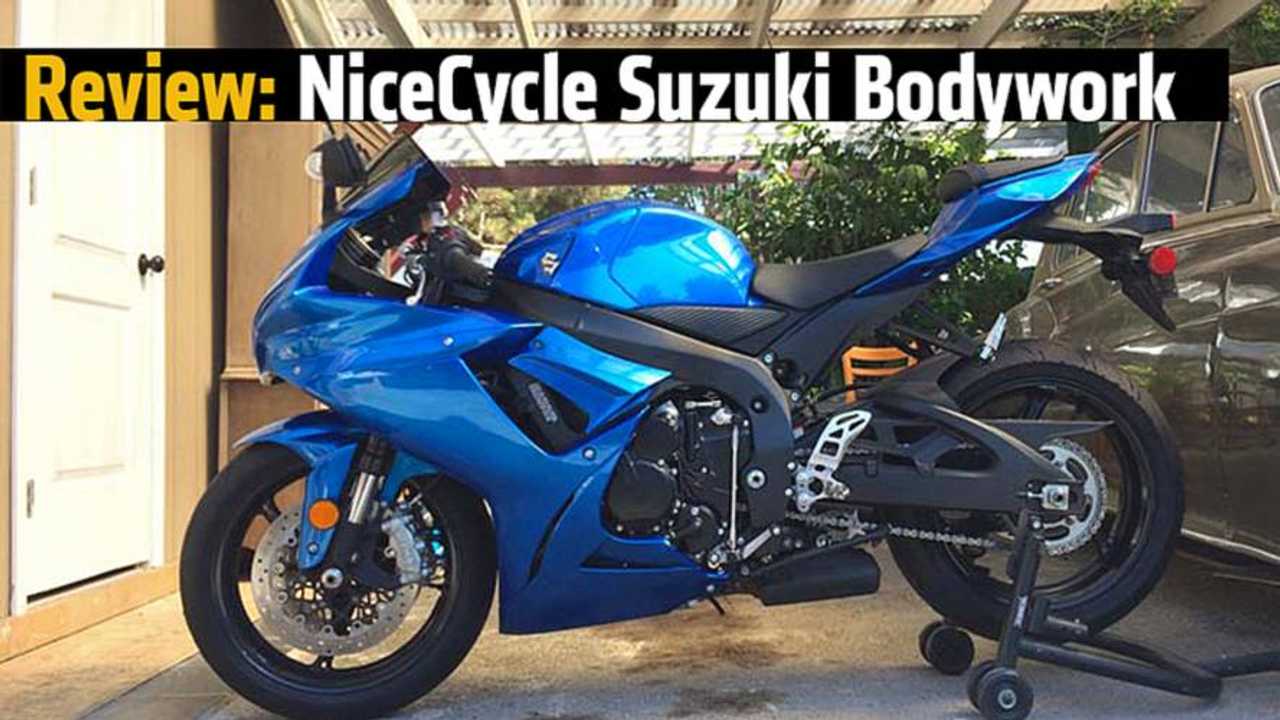 Laying a crisp sportbike down on the rough, unforgiving asphalt is never an enjoyable situation but unfortunately, it’s one experienced by the best of us. The majority of mishaps result in unsightly damage to the bodywork surrounding the vital components of the machine. These seemingly-simple pieces of plastic demand extremely high prices when replacement parts are quoted at the dealership. This is when turning to alternative options becomes very attractive.

The aftermarket sportbike bodywork industry has experienced rapid expansion in recent years. As traditional manufacturing processes have become cheaper and new production innovations have developed, the barriers to entry in the industry have fallen. The motorcycle manufacturers have not reacted to these changes in the market and still offer replacement OEM body parts at astronomical prices. This has allowed the number of companies offering replacement fairing kits for nearly every late-model, full-fairing sportbike on the road to grow exponentially over the last decade. Although, many companies have cut corners to further lower their investments and operating costs.

Creating bodywork from composites such as fiberglass or utilizing low-quality tooling techniques in the injection plastic molding process is very common in the bodywork manufacturing industry. However, these methods produce inconsistent parts with fitment issues, durability shortcomings and aesthetic flaws such at obvious parting lines not present on OEM stock parts accompanying the bike from the factory. ABS plastic is the generally-accepted benchmark material for top-tier bodywork in the motorcycle industry, automotive and beyond. Consumers of aftermarket bodywork want replacement parts as representative of stock OEM parts as possible. ABS plastic tends to be the solution here as it is the material used by OEM’s.

NiceCycle is one of the few aftermarket bodywork manufacturers that actually utilizes the ABS plastic process while still keeping prices at a very affordable level. Based out of Michigan, NiceCycle offers fairing sets for nearly every sportbike on the market. Another unique offering by NiceCycle is the paint option and quality of the paint finish. Consumers can decide to buy the kit primered but unpainted or painted in a solid color or with a basic graphic design then clear coated for an improved finish and protection. All of this is offered for around $800 or less, depending on the model and year of the bike. This creates a very attractive alternative to OEM parts at a forth or even a fifth of the cost.

The set we tested for our 2014 Suzuki GSX-R600 project bike was a complete bodywork set painted in the Suzuki blue that would match the factory paint on the gas tank. NiceCycle had this set delivered to us in about two weeks after placing the order which was a relatively quick turn time given the set was manufactured and shipped from Hong Kong. Each part was carefully wrapped in bubble wrap then securely packaged in the compact corrugated box to protect against any damage from shipping.

One of the first features of the bodywork noticed as we unpacked the set was the quality of the paint. A very high-quality paint job was not expected when ordering this set because of the relatively low price and the time, effort and expertise required to produce great paint work. However, the metallic blue base and smooth clear coat produced a finish extremely close to that of the stock bodywork and gas tank. Under certain light, the color us off just slightly with a hint of green in the NiceCycle paint when compared to the Suzuki OEM parts. Additionally, there were just a few areas with very minor paint flaws such as running clear coat, dust specks under the clear coat and tough-to-reach areas such as a bolt hole recess that the paint gun missed. These defects were very minor but when compared to the top-tier stock paintwork, we gave the NiceCycle work an 8/10.

NEXT PAGE: Click here to read about the durability and overall review rating.

Thanks to the ABS plastic, the body pieces are flexible yet instantly return to their shaped position without becoming deformed making installation very easy. NiceCycle’s extremely accurate tooling department is definitely their strength as the parts line up perfectly with the stock mounting points on the bike. This is an area of failure we have encountered when testing other aftermarket bodywork kits requiring custom modification to get the parts to mount to the bike. The only fitment issue we ran into with the NiceCycle parts is some of the locator tabs had excessive paint build-up making it difficult to mate two NiceCycle parts together. Given this only fitment flaw, we gave the NiceCycle bodywork a 9/10 in the fitment department.

Again, the ABS plastic material allows the NiceCycle bodywork many advantages including durability. Some of the body parts such as the front fender and tail cowling have to be flexed pretty far in order to get around the other components of the bike. The NiceCycle parts did not crack, deform or produce any anomalies to the paint surface during these stress tests. However, a couple of the thin locator tabs snapped off during installation of the more complicated parts but this did not affect final assembly. Additionally, areas of the bodywork that underwent heavy friction during installation lost small bits of paint but luckily, these were hidden areas that were hardly visible. Due to these minor flaws, we scored the NiceCycle set an 8/10 in durability.

The very fine details were areas that were lacking on the NiceCycle bodywork. Sections such as the smaller, painted mounting tabs and even small “A-surfaces” (areas that are visible to the user under normal operation) such as the trim surrounding the tail light had rough paint build up. Luckily, these areas are not very abundant even on the very intricate 2014 GSX-R body design, but these portions were hard to ignore when spotted. Additionally, the supplied windscreen was painted in opaque black which looked quite sharp aesthetically but was not very functional. For this, we downgraded the NiceCycle craftsmanship rating to a still-respectable 7/10.

The NiceCycle bodywork set is a great overall kit given the various options available in the aftermarket fairing world. The superior ABS plastic, high-quality paint work and excellent fitment are the strong suits that put NiceCycle in the upper echelon of this industry. Finally, the $800 price range delivers the final blow to most of the competition. With continued refinement to the smaller tab construction, fine details, paint process, NiceCycle might be able to get the OEM fairing department a run for its money.