After doing the First Ride the Yamaha XSR900 I was begging to be the one to do the full ride review for Ride Apart. I wanted more time with this bike and I’m happy I got the chance to put it through the wringer in my day-to-day.

The XSR900 is what Yamaha is calling a "Sport Heritage" motorcycle, which draws its influence from the company's “XS” line from the glory days of classic Japanese motorcycles. It has an 847cc, liquid cooled, fuel-injected, inline triple (is this redundant?) engine that is a whole lot of fun and left me wanting to write this entire review as simply: “Weeeeeeee!!!!......” with e’s and !’s going all the way down the page. 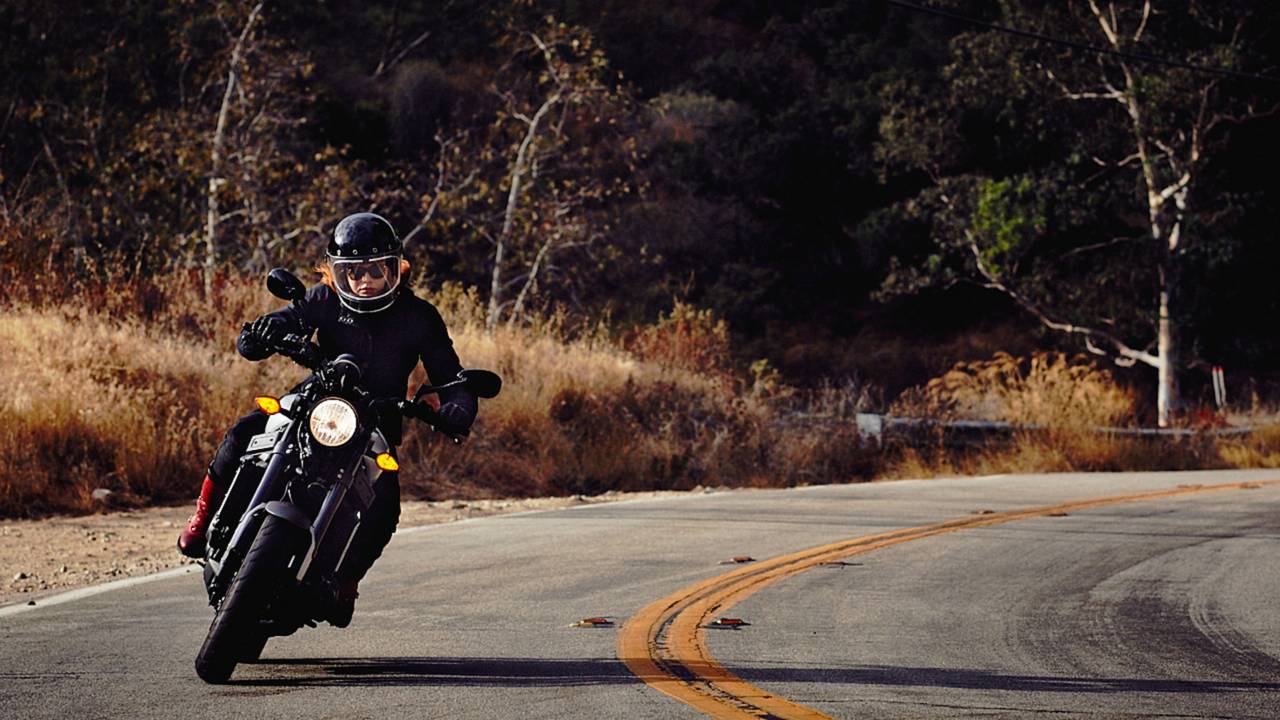 Two Weeks with the XSR900

I got to ride the XSR for two glorious weeks instead of just one short day this time. The bulk of the time I had the bike was spent commuting to El Segundo, California - about an hour ride from my house in the morning if I'm splitting lanes at a reasonable speed above traffic.

I also took the bike out on a few weekend rides in the canyons, and just about anywhere else I went on the weekend or after work - including lots of freeway riding I normally wouldn't have cared to do on my other bikes. 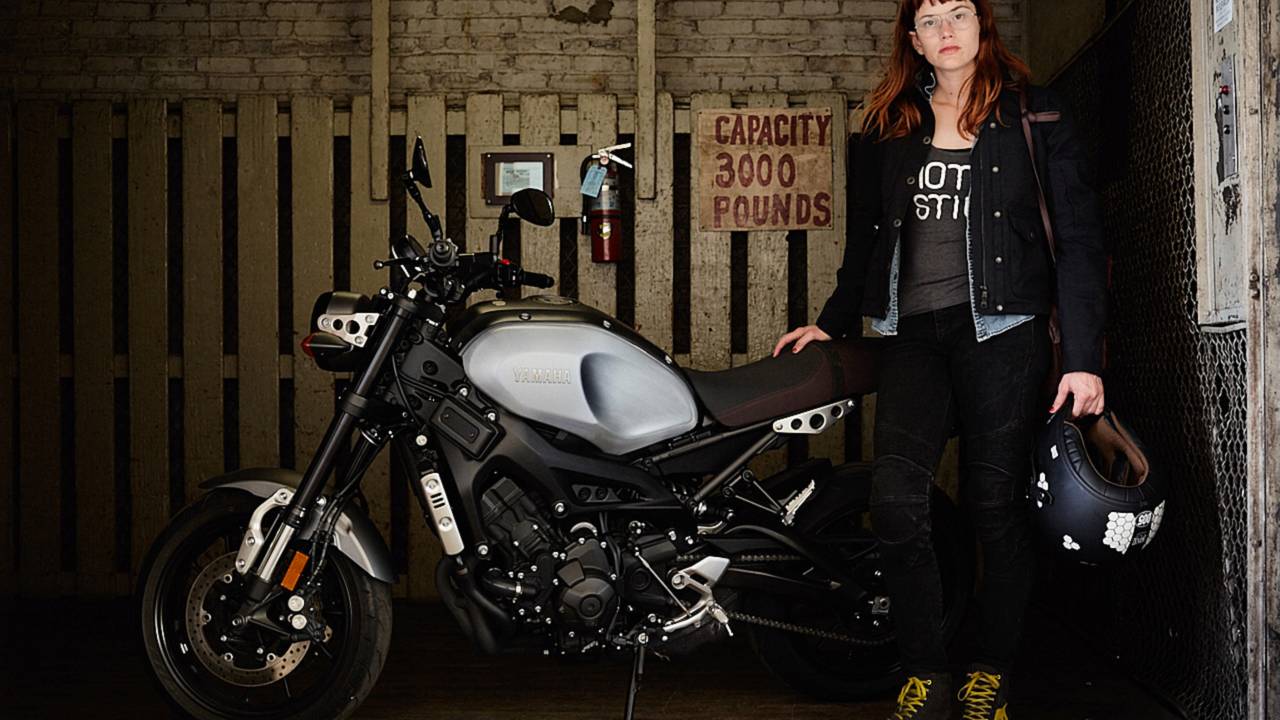 The bike got a lot of attention when I was out and about around town. I parked it in West Hollywood heading to a casting and had a few hip actor dudes ogling the bike and saying how much they loved the look of it. One of them even went right for the radiator and talked about how much he loved it, which struck me because so many “motorcycle people” make fun of that radiator.

Later, I was on Rodeo Drive for a job; I pulled her up and parked her on the corner of Rodeo and Little Santa Monica on the curb because I knew that everyone would assume it belonged there.

One of my only complaints about the bike is that it doesn’t love going slow (I know; it's a lame complaint to have). For being the style of bike that it is, pottering through traffic, and being in first or second gear in general, can feel a bit jumpy and unpredictable. First has a lot of room but it still wants to open up and give you a lot of torque if you are twitchy with your hand at all. And you won’t be any safer in the less responsive “B” or “Standard” modes. Forget about trying to ride in a slow race or parade route in “A” mode.

With hand off the clutch the slowest it will go is 8 mph. I found myself having to use the clutch to curb the engine's enthusiasm a lot more than with other bikes, when I was stuck behind traffic jammers or making the tight turn into my driveway every evening.

Also, ground clearance is lacking. When making a tight right turn you might be alarmed to feel the brake pedal scrape the pavement a bit. 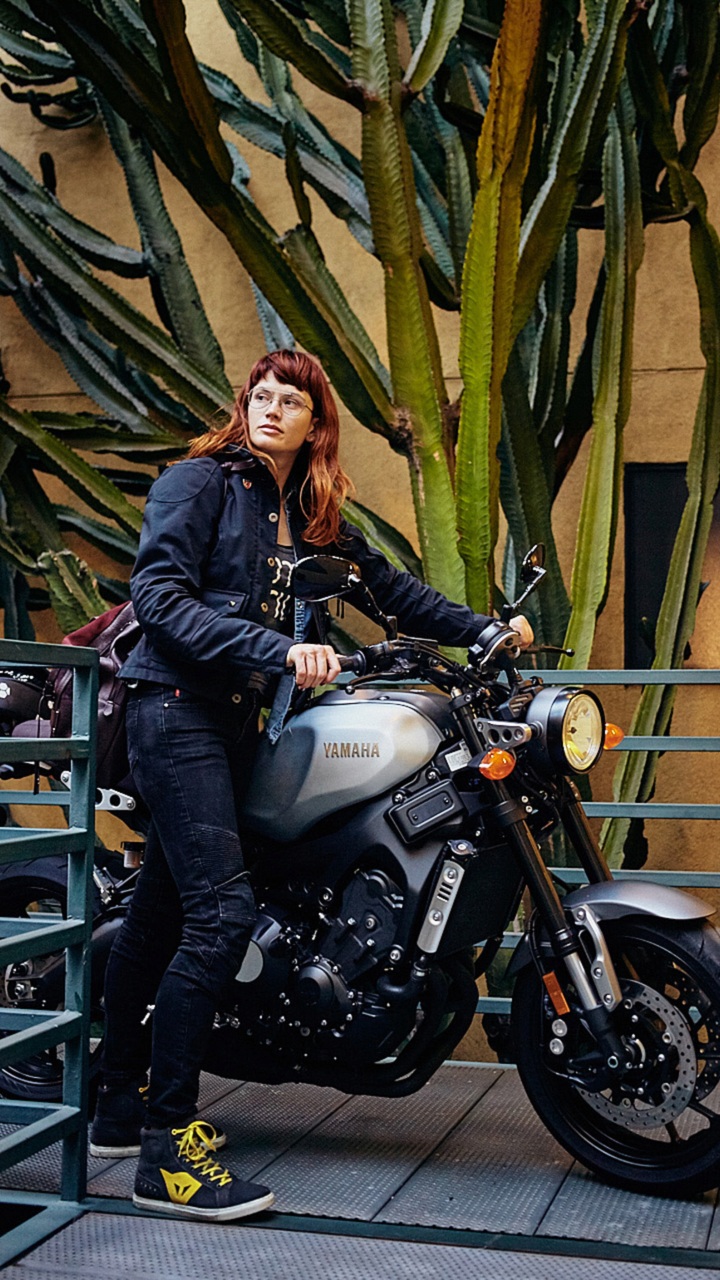 My complaint about the bike wanting to go too fast in the city carries over to the highway, but I can’t really complain about something that was so much fun. This bike is happiest when it’s opened up and I found myself giggling in my helmet cruising down the highway at 90 (Kilometers an hour, right? We're sure none of RideApart's staff ever speed... -Ed) and not realizing I was going that fast.

When I went to pick up the bike a technician working at Yamaha pointed out an XSR with the bullet fairing on it (not too shabby looking) and said that I should try to take that one because the fairing’s windscreen really helped fight the chest pushback on the bike. I didn't take his advice, but probably should have.

I thought about that windscreen more than once and how I would definitely need to add it if I owned this bike. The wind does grab your chest and head a bit with the riding position, especially when you’re really pushing it. Plus the fairing doesn't detract from the look of the bike. 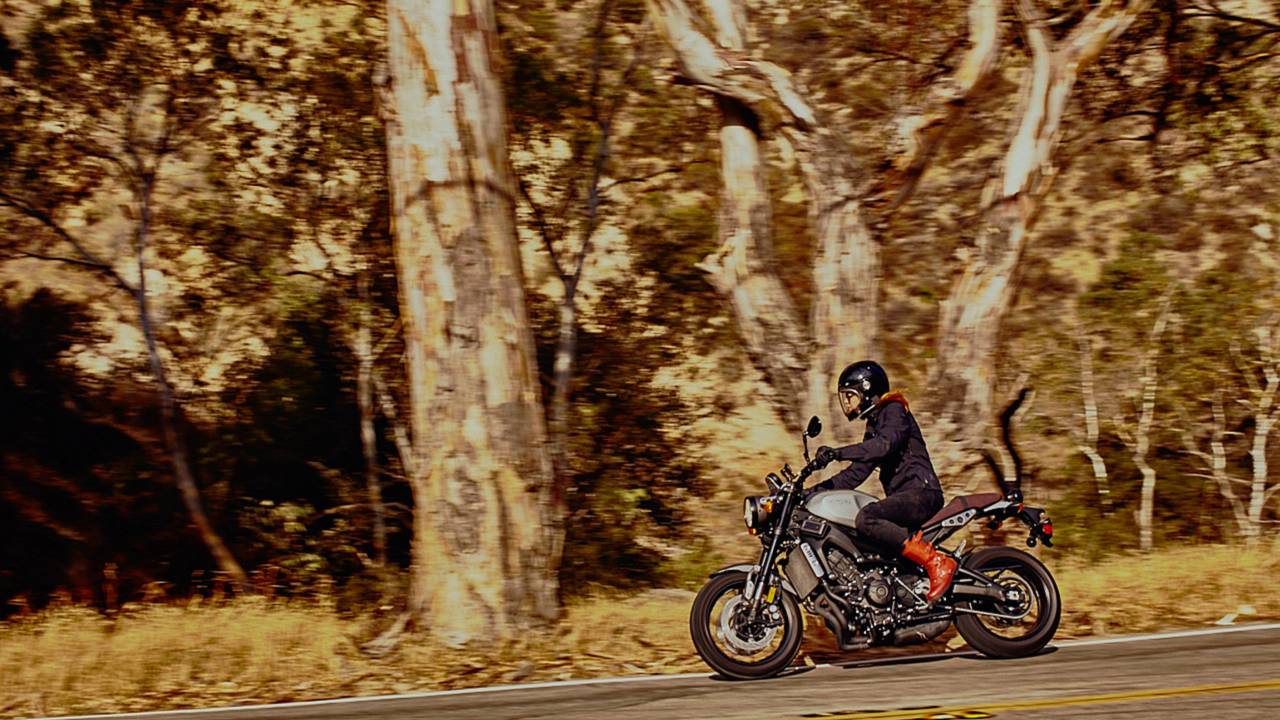 This bike was the most fun for riding the twisties, which was great considering how fun it is commuting. The Traction Control and ABS system makes the bike drive itself through turns, which allowed me to have more fun in the canyons than ever.

Like I had mentioned in my First Ride this bike makes me feel like I can really push myself because the traction control was there to assist me. Although, I kept my hand far away from the front brake most of the time, because I was scared I might grab a handful of the a-bit-too-powerful brakes and send myself over the handlebars.

For someone like me who is always wishing for more power but doesn’t want to be on a liter bike riding around town and commuting, this bike is near perfect. It’s an awesome solution for someone like myself who has always had her eye on a Ducati Monster but can’t afford the name or the mechanic.

What Everyone Else Says

Lemmy from Common Tread calls the XSR900 a "parts-bin special" and points out that the parts seem to be cobbled together from extras, specifically identifying the taillight from the Bolt and the turn signals from the R6. But he adds that he doesn't mind because it doesn't take away from what this bike should look like and it probably helps the low price point. I agree and I think if Yamaha had tried to do something more "Heritage" it would have been a try-hard move. The parts all seem to work together and contribute to the attitude of the bike for me.

Sean MacDonald from Cycle World said: "That motor screams 'I want to go 90!' while the riding position says, 'can we please keep it around 60?'" Which I thought was pretty on-point, except I think the effect might be a bit more dramatic for him from what he goes on to describe. I would venture to guess his torso is a bit longer than mine, so maybe that's an issue for taller people with height more in their torso than legs (like me). Or maybe I just never stayed on the bike in the wind for more than two hours.

Incidentally, the title of Sean's review was: "The Yamaha XSR900 Is Great But It Isn't The Bike You Want: How power and performance can get in the way of a fun ride." That's a title I disagree with because I still want this bike. 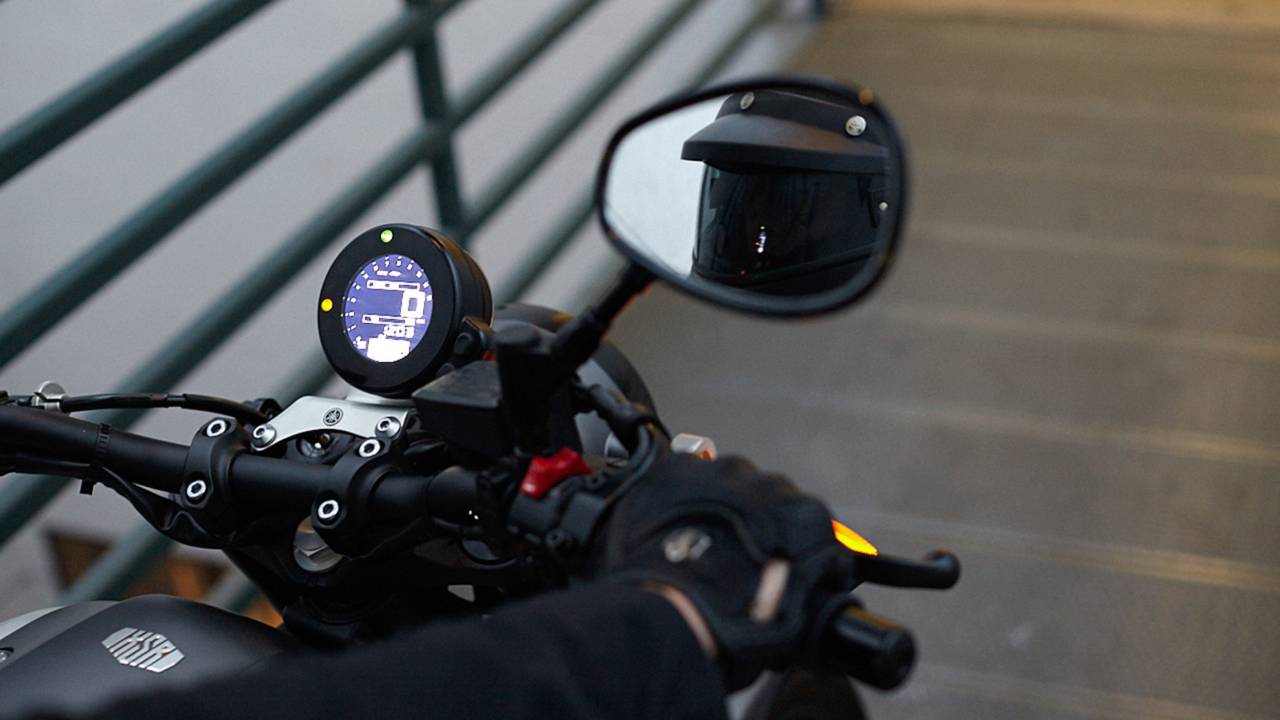 One majorly impractical aspect is the gas mileage. Riding this bike commuting I felt like I only got about 100 miles out of a tank, which seemed really thirsty to me. The first time the indicator started blinking at me I think I said aloud, “Seriously?” That being said, when you’re racing around a bike that has this much engine power it’s not that shocking that you’re burning a lot of petrol.

The other tradeoff you make with this bike is the twitchiness in the throttle. A friend of a friend ended up crashing his XSR900 when he hit a bump and the jostle caused his hand roll the throttle, sending the bike shooting out from under him. I could see this happening easily if I were to let myself get too comfortable and not keep vigilant watch for potholes while jamming down the highway.

Because of this I spent way too long riding the bike with a vice-like grip on the throttle. When my hand got tired and I reminded myself to be looser on the controls the bike would lurch as I let my hand relax if I didn’t make sure to maintain exact throttle position. 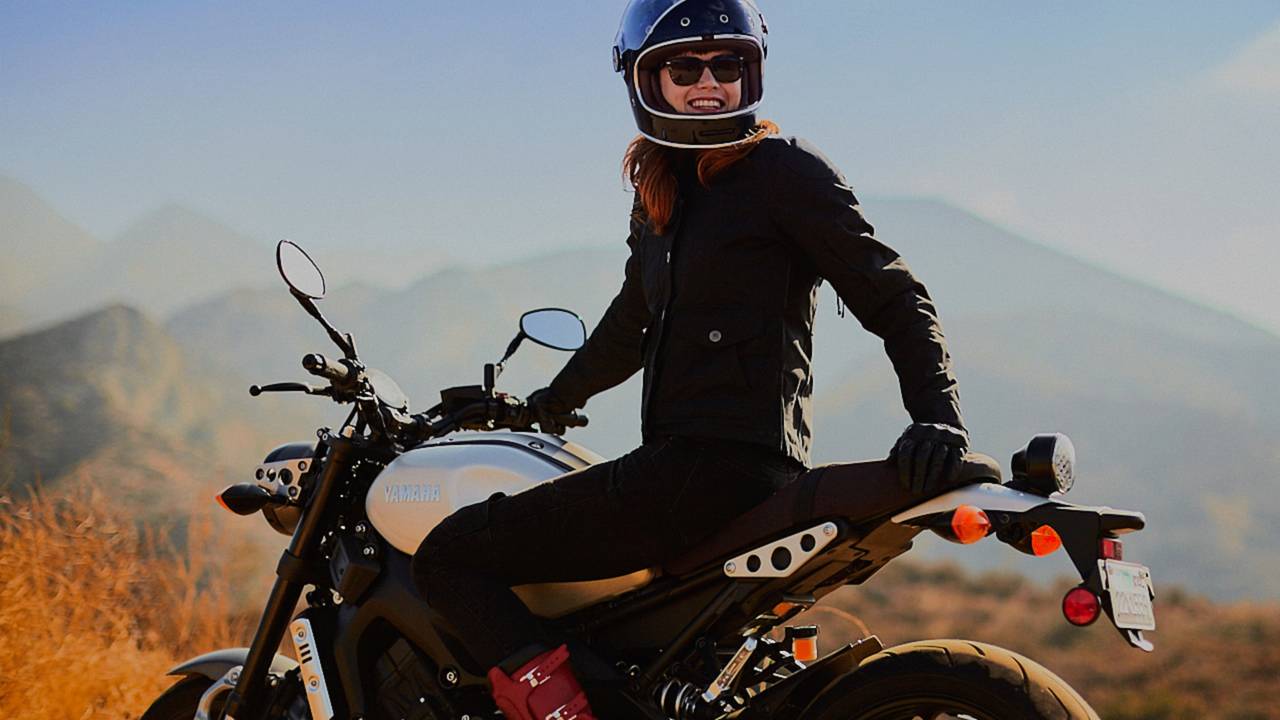 This bike felt like I was blasting across the deserts of Jakku on Rey’s speeder. It seriously made me feel like a superhero. The ride was so smooth and the handling so effortless despite my issues with the twitchy throttle that I would occasionally wonder why everyone was driving so slow only to look down to see the bike was pushing 95.

Like I mentioned above this seems to be the speed where the bike wants to live, 92 might actually be the exact sweet spot where the bike feels like it's super happy.

Like I mentioned above I’ve always fantasized about having a Monster. I got a chance to ride one for a bit and really fell in love with the naked sport bike riding position, but mostly the handling and the power. Riding behind a Monster on my '72 Honda CB750 can be a bit humiliating when my friend wants to tease me by flicking the throttle and peeling off into oblivion, while I am chugging along at 85. That only had to happen to me a couple times before I was super thirsting badly for something more powerful.

But when I heard what the cost of just an oil filter replacement is on a Monster I decided that it was too silly for me and not quite attainable within my lifestyle.

In comes the XSR900, which at a measly $9,490 fulfills my craving for MORE POWER and handling without the pain of a giant price tag and future upkeep cost. Also - and I’m sure I will get some guff for saying it - I like the styling of the XSR900 better than the outdated styling of the Monsters. The color palette with the aluminum tank, maroon leather seat and the lines of the bike are so sexy to me, I feel like it really hit the nail on a combination of heritage styling with modern technology.

The tank does feel a bit giant, but with the amount of gas this thing drinks it’s a necessary evil. 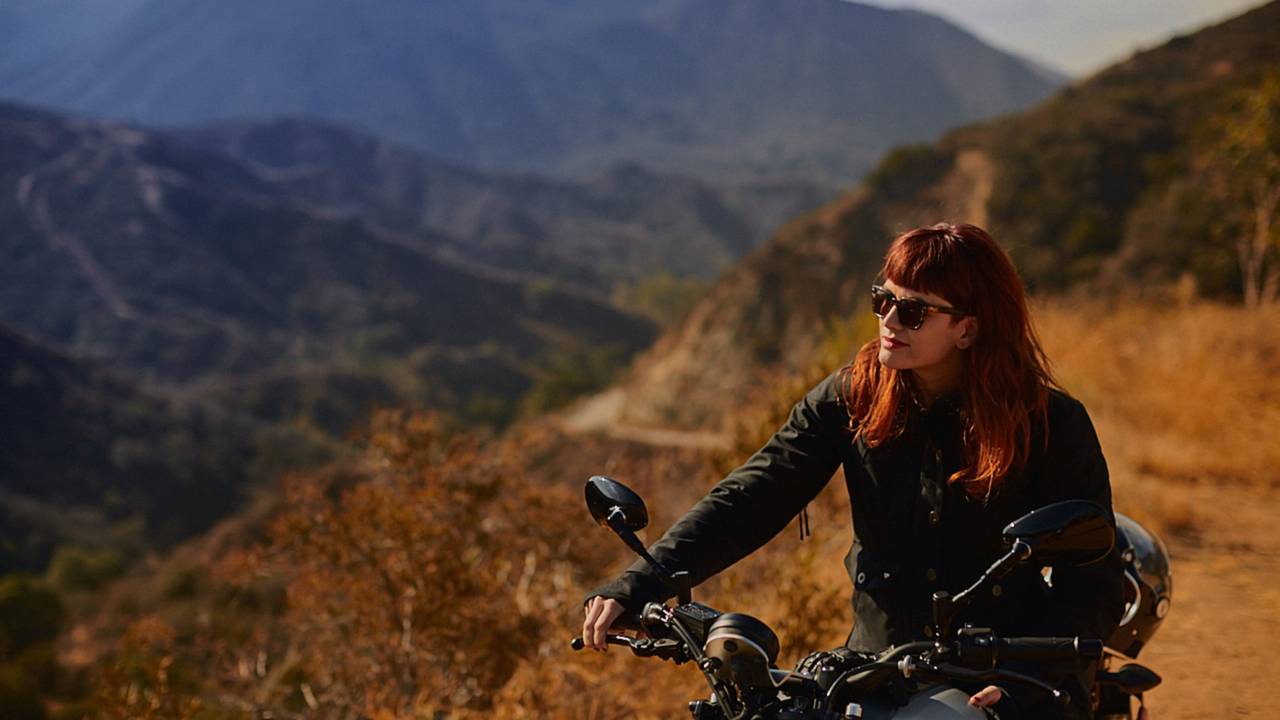 Build: Athletic, plus or minus a few weekend beers.

Riding experience: 6 years and this is my first time having a bike this brand new for this long. 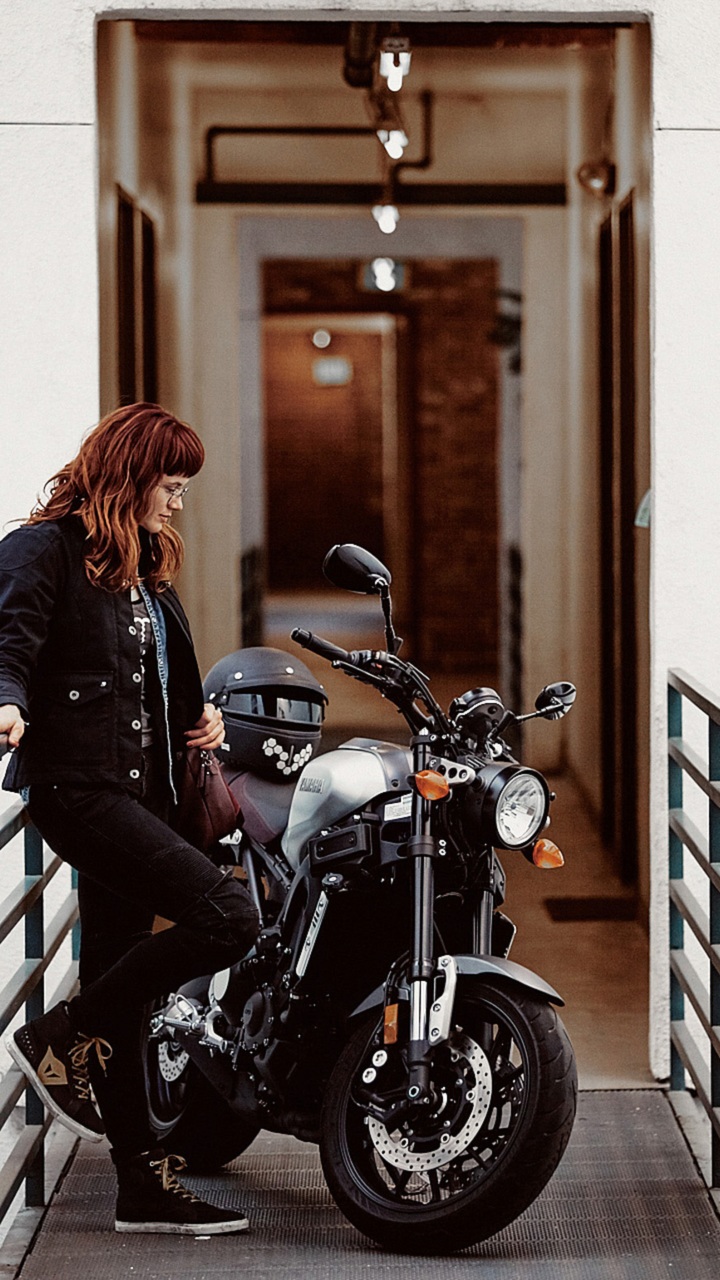 I had fun styling myself for the photos and turned it into a bit of a fashion show with some new gear I’m excited about.

By: Jessie Gentry
++
++
Got a tip for us? Email: tips@rideapart.com