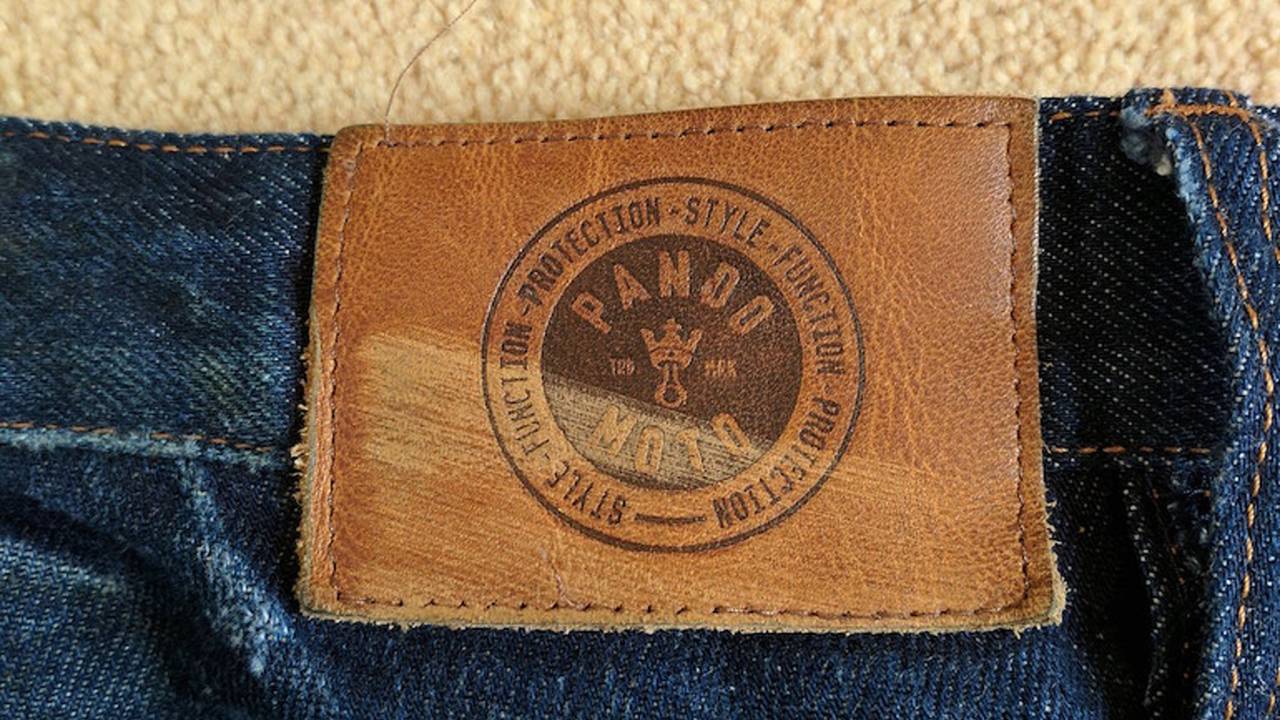 We put Pando Moto's Boss 105 jeans to the ultimate test, crashing on a Florida highway. Find out how well they held up.

“What are those? Aerostich?”

That’s the question a number of my fellow moto-journalists asked when examining the jeans I had been riding when I crashed last month. As far as I’m aware, Aerostich doesn’t make riding jeans (and if it does, I have a feeling they’re nowhere near as fashionable), but the company is synonymous with high-quality riding gear and these had just survived a 60mph crash astonishingly well, so folks made a logical guess.

“No, they’re Pando Moto,” I informed them.

At least three of my peers took the time to write the name down. Pando Moto is a Lithuania-based company that’s been around since 2011. Though, perhaps because many folks have to run to Google Maps to figure out where Lithuania is (north of Poland, south of Latvia, east of Sweden, west of Belarus), company founder Marius Black often prefers to promote Pando Moto as more broadly European. And certainly Pando Moto jeans’ styling is at home in the hipper corners of Italy, France, and Spain.

I was genuinely upset to have ruined my pair of Boss 105 jeans by sliding them down a Florida highway; they were on-the-bike gear that looked better than any pair of off-bike jeans I owned. They were surprisingly comfortable, had a good fit, and – especially when paired with my 55 Collection Hard jacket – made me look and feel far, far cooler than I actually am or ever could be.

The first thing to praise about these jeans is that they actually work. Full Kevlar lining runs all the way down to the lower shin – none of this “a patch on the butt and a patch on each knee” stuff that certain companies give you. My slide across a Florida highway tore a few holes in the jeans but the Kevlar did exactly what it’s supposed to do.

Additionally, there are CE-approved knee protectors from UK-based Knox (if I’m not mistaken, Knox armor is actually made in the United Kingdom). I’m pretty sure I would have suffered broken kneecaps without it.

The denim of the jeans, meanwhile, is high-quality: both durable and good looking. Despite all that Kevlar lining, I’d not found the jeans to be too hot, having worn them when riding in both California and Florida recently. Related to that, they fit well and are all-day comfortable; removing the knee armor, I was content to wear them on a nine-hour intercontinental flight.

One thing I particularly love is the presence of a very subtle zip on the outside of each knee that allows you to remove the armor without taking the jeans off. This means you can ride to a coffee shop/music venue/airport/whatever and you don’t have to make the unhappy choice between walking around with bulbous knees or trying to disrobe in a public toilet.

I also love that rolled cuff look. I don’t want to hear your anti-hipster lamentations; I think it’s cool. And I find nothing wrong with dressing in a way that makes you feel cool; it’s a visual representation of how you feel when riding a motorcycle. As I say, these Boss 105 jeans looked better than anything else in my wardrobe.

The outside zip for knee armor tore open in the crash, but the armor stayed in place and did its job.

Lastly, the jeans are actually made in Lithuania, which, despite being a little tricky for some folks to find on a map, is a member of the European Union. And that means the people whose hands put together these jeans have certain workers rights. Maybe that doesn’t mean anything to you, but for me it improves the quality of the jeans – it adds an intangible value.

The only real complaint I can come up with is the lack of hip protection or pockets for hip protection. I banged my hip pretty hard against the road and got a huge bruise as a result; almost a month later, it’s still tender.

Buy these jeans, y’all. They look fantastic, they fit well (sizing is accurate), and I can personally attest that they will literally save your skin in a crash. Yes, they are pricey, but such is the reality of good gear. You get what you pay for, as they say. And in these Pando Moto Boss 105 jeans you get a hell of a lot.