Is Honda Bringing A Revived Dax To The 2022 Tokyo Mobility Show?

Honda recently added the beginner-friendly Navi to its miniMOTO lineup. While the latest addition was a complete surprise to the U.S. market, we’ve been anticipating a new miniMOTO for some time now. Back in November, 2020, rumors started to swirl about Team Red reviving its Dax/ST50 series as the new Dax ST125. Japanese media outlet Young Machine even followed up those rumblings with a digital render of the rumored mini.

While Young Machine believes the new model will make its debut at the 2022 trade show, it’s unsure if the laidback throwback will feature the new 5-speed transmission found on the Grom and Monkey. Similar to the Monkey, the Dax favors retro styling while benefitting from modern equipment. The Dax, however, is expected to sport a two-up seat for passenger accommodations. Something the Monkey doesn’t tout.

If Honda foregoes the new 5-speed transmission, many suspect that the Super Cub and Trail 125’s centrifugal clutch and 4-speed semi-automatic transmission will make an appearance on the Dax. The system would eliminate the clutch lever and make the Dax much more tractable for beginners. Honda’s heel-toe shifter would likely accompany the 4-speed transmission for easier gear changes.

Honda’s miniMOTO family has remained a successful range in the brand’s lineup, so adding the Dax would be a reasonable next step. However, until Team Red officially announces plans to expand the range, we’ll be waiting for the 2022 Tokyo Mobility Show with bated breath. 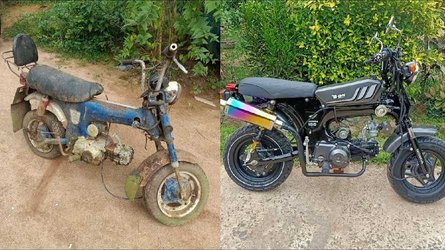 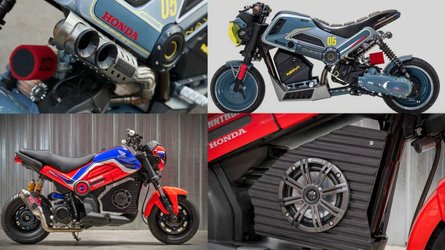