After The Trail 125, Is A Honda Dax Revival In The Works? 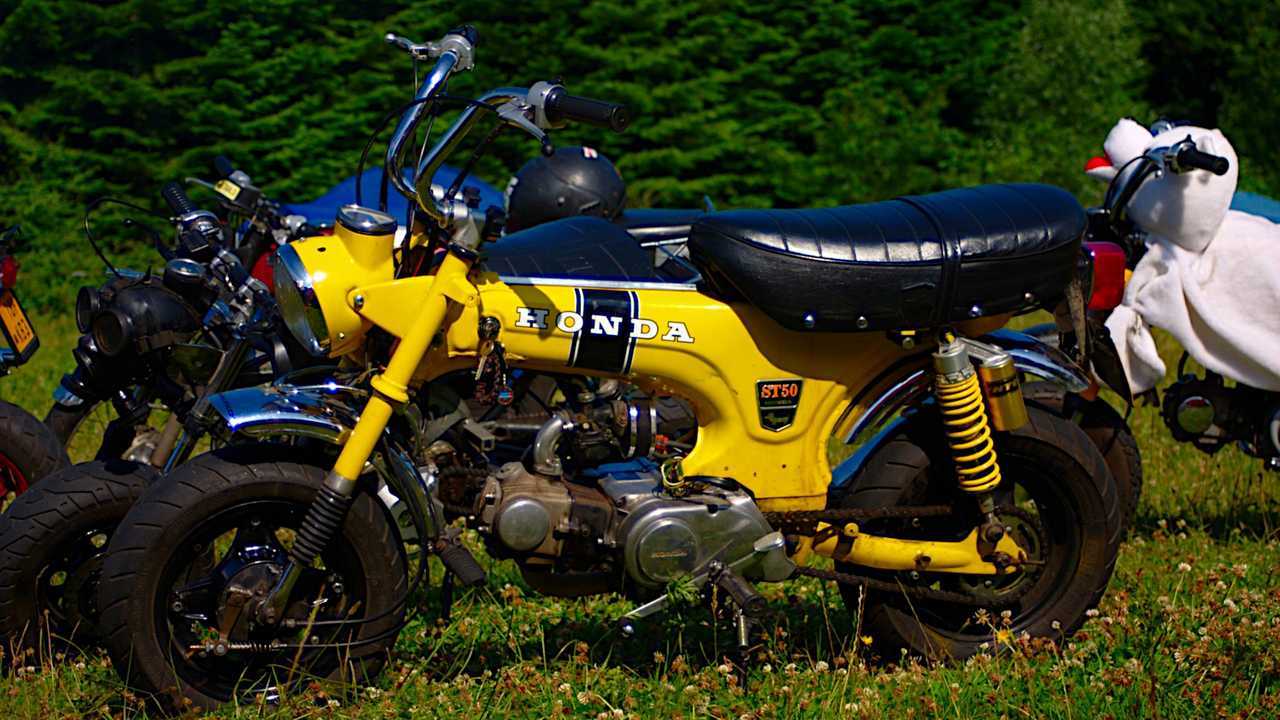 The best thing about minibikes is, there's room for more of them!

The Super Cub may be the undisputed ruler of Honda’s 125 stable, but plenty of people also love the revived Monkey. When all of us at RideApart first found out that the revived Trail 125 was headed to the U.S., every single one of us got excited. That’s the thing about Honda’s 125s—they bring people together. (Yeah, the Grom is cool too, we guess.)

For some time now, there’s been talk about Honda reviving yet another beloved minibike from its history to share that 125 platform. Now, depending on the country where you bought your bike in the ‘70s, it may have been called the ST50, ST70, ST90, or the Honda Dax. Young Machine even did some renders of what that magazine thought a new Honda Dax might look like, if you want to check them out.

Thanks to recent trademark filings with both the European Union Intellectual Property Office (EUIPO) and the U.S. Patent and Trademark Office, we have the most concrete reason yet to think Honda is in the process of reviving good ol’ Dax. Back in June, 2020, Honda filed a trademark application for the word “Trailsport” with the U.S. PTO, which was then published in October for opposition. On December 16, 2020, Honda then filed an application to trademark “ST125” with EUIPO.

So Many Giggles Per Mile:

Just How Fast Will A Stock Honda Monkey Go Around The Track?

Since both the ST designation and “Trailsport” were associated with this original line of Honda minibikes back in the ‘70s, there’s every reason to suspect that Honda simply wants to do the same thing in the 2020s.

Given how well the new CT125/Trail 125 has been received so far, it’s also not surprising that Honda might want to strike while the pocket-sized iron is hot. While motorcycle enthusiasts are generally prone to fits of unreasoning nostalgia over beloved bike models of days gone by, it seems like everyone is keen to think back on happier times as we move through our 2020 nightmare world. Could there be a better time for Honda to make this move, if it’s going to make it? Probably not.