Would The Honda Rebel 250 Make A Good Beginner Cruiser?

How small is too small?

Honda already has a pretty solid beginner-oriented cruiser in its global model lineup in the form of the Rebel 500. If that bike is still too big and powerful for you, Big Red is also offering a smaller bike, the Rebel 300, in the U.S. market. In Japan, however, Honda has an even smaller cruiser in the form of the Rebel 250, a bike which has recently been updated for the 2022 model-year.

The Honda Rebel 250 is in many ways similar to the Rebel 300 available in the U.S. market. Izt features similar styling accentuated by a small, compact cruiser with a sporty stance. The 250 in Japan gets a small headlight cowl, and is updated with a new colorway called Pearl Spencer Blue, figuring prominently on the bike's fuel tank and rear fender. Just like the 300 and 500, the Rebel 250's frame, fork legs, and alloy wheels are finished in black.

The Honda Rebel 500 available in the U.S. market.

From a performance perspective, the Rebel 250 doesn't really pack quite a punch. I mean, the Rebel 500's 471cc, parallel-twin engine is anything but a performance-oriented mill, so we can't really expect much from an engine that's nearly half the size and missing one cylinder. That said, the Rebel 250 packs a very docile punch with 26 horsepower via a 249cc, single-cylinder motor. The Rebel does make up for its lack of performance by way of premium features such as full-LED lighting and a digital LCD instrument panel.

With the 2022 Rebel 250 expected to go on sale in Japan very soon, would this bike be suitable in other markets, too? In Japan, Europe, and other Asian countries, it's understandable, given the licensing restrictions placed on high-capacity motorbikes. In the U.S., however, a bike like this may struggle to maintain highway speeds for extended periods of time.

What's Big Red Been Up To Lately?: 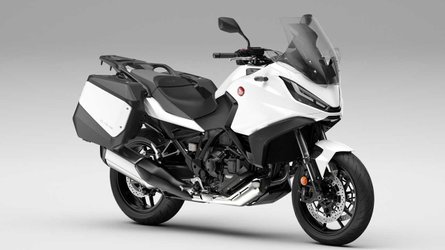 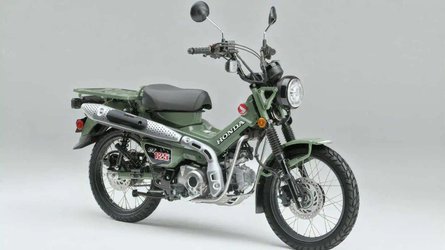