In celebration of Suzuki's victory in the 2021 Endurance World Championship.

Unlike the MotoGP and WorldSBK which showcase the skill and prowess of both man and machine in an ultra-fast-paced circuit race, the FIM Endurance World Championship (EWC) poses a different kind of challenge both to riders and team engineers alike. As the name suggests, the EWC subjects the racers and the bikes to long hours of racing, truly testing the longevity of the riders, as well as the reliability of the machines.

For the 2021 EWC season, team Yoshimura SERT-Suzuki claimed the championship title following a third-place finish in the season finale held at Most. The trio of riders consisting of Sylvian Guintoli, Xavier Simeon, and Gregg Black piloted the Suzuki GSX-R1000R to victory in the 2021 season, bagging Suzuki's 20th EWC title. The Yoshimura SERT-Suzuki racing team, based in France, has decided to celebrate its 20th title by releasing a limited edition GSX-S1000 and GSX-S950 sticker kit designed after the racing team's livery.

The Yoshimura SERT-Suzuki design kit for the Suzuki GSX-S1000 and GSX-S950 follows the design of the championship-winning GSX-R1000R supersport, and features a racy motif consisting of black with white, red, and blue accents. It gives the naked streetfighter a sporty, refreshing look; a stark contrast to the blue and silver we've become so accustomed to. The red, white, and blue graphics continue their way over the fuel tank and side-panels, while the the passenger seat cowl gets a red and white color scheme to match. The bike also gets black rims, instead of the standard blue ones, giving it a stealthier, leaner aesthetic.

The Yoshimura SERT-Suzuki design kit is available only in France, and can be purchased from Suzuki's dealers in the region. You have the option of requesting it as part of a brand-new GSX-S1000 or GSX-S950, or you can take your existing 2021 model and give it a makeover. The kit commands a premium of 842 Euros, or the equivalent of 977 USD. 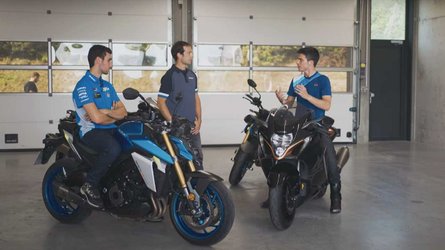 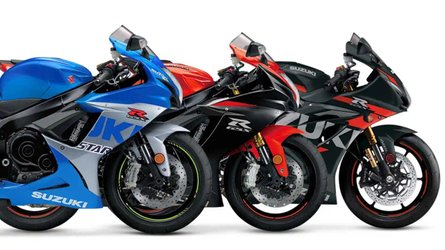 No Surprises To Report With Suzuki’s 2022 Street Lineup