What do these MotoGP racer's think of the new Hayabusa?

Few other motorcycles in recent memory have stirred up as much hype as the recently revised Suzuki Hayabusa. The motorcycle that was largely responsible for the boom in performance in the 90s through to the 2000s had certainly long been overdue for a refresh. With the speed wars long gone, and Kawasaki holding on to the crown of fastest production motorcycle for a long time now, just how would the new Hayabusa stack up against the competition?

As it would turn out, Suzuki had no intentions of taking back the title, as the new Hayabusa was, in fact, down a few ponies when compared to the previous iteration. However, this isn't to say that the new Hayabusa isn't a better bike. As is the case with all things in life, the Suzuki Hayabusa, too, has aged with time, shedding its hooligan traits in favor of a more sophisticated character. The new Hayabusa now features cutting-edge tech—technology which brings this aging dinosaur to the modern age. Is it still fast? Absolutely. Is it still an exercise in excessive performance? Possibly. Does it still stir the spirit? Certainly.

This is certainly what Team Suzuki Ecstar riders Joan Mir and Alex Rins thought about the new Hayabusa when they were invited by Suzuki Motorcycles Germany to test out the new sportbike. In a video posted on its official YouTube channel, Suzuki Motorcycles Germany showcases the new Hayabusa, alongside the two MotoGP racers, picking their brains about the things they love about the bike. The video shows them donning more casual riding gear, ditching their race leathers for more conventional riding jackets and pants. They, do however, rip a couple of hot laps and pop a bunch of wheelies in what appears to be a test circuit.

Back in the paddock, the two racers talk about how capable the Hayabusa is overall. They go into great detail about the bike's sophisticated electronics, highlighting how it displays throttle and braking input in real time via its built-in six-axis IMU. Overall, it seemed that the two racers were thoroughly impressed with the new Hayabusa. While it's nowhere near the performance of what these two are used to, it certainly shows its race-bred DNA, and is definitely a capable machine be it on the street or the track. 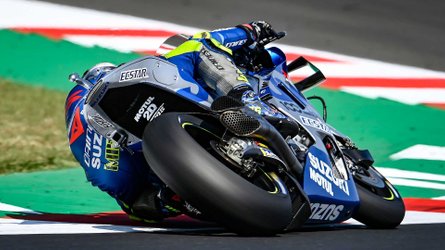 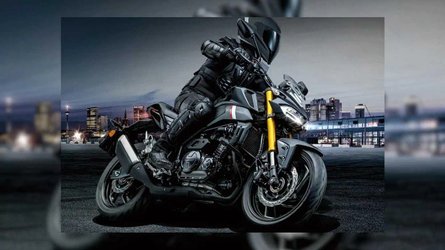 Could The Haojue XCR300 Hint At An Upcoming Suzuki Naked Bike?