2021 has been a big year for Taiwanese electric scooter maker Gogoro First, it announced a team-up with India’s Hero MotoCorp to bring its battery-swapping solutions to the subcontinent in April. Just a month later, Gogoro partnered with DCJ and Yadea to expand its battery-swapping network in China, starting with a single city it had yet to publicly name. By September, Gogoro also announced its plans to list on NASDAQ in early 2022.

That’s a lot to do in a single year, and it looks like the flurry of activity isn’t over yet. As you’re probably well aware by now, it’s one thing to announce projects, but it’s another thing to successfully get them off the ground. As of October 11, 2021, Gogoro proudly announced that its deal with DCJ and Yadea is creating the new Huan Huan battery swapping brand in China.

Huan Huan’s first battery-swapping networks will roll out in the city of Hangzhou, the capital of Zhejiang province, which is located in southeastern China. At the same time, Yadea—which makes the majority of electric two-wheeled vehicles roaming the streets of China today—unveiled two new Powered by Gogoro Network vehicles. In fact, according to Yadea and Gogoro, you could even go purchase one of these new Yadea PBGN models in Hangzhou today, if you want.

“With Huan Huan’s launch of Gogoro’s battery swapping system in Hangzhou, we are unveiling two new vehicles as part of a larger portfolio of Gogoro-powered vehicles. Together, we are changing the future of green transportation in China and we are looking forward to expanding to several new cities in 2022,” he concluded.

What about DCJ? For those unfamiliar, the company is currently the number-one manufacturer of piston-powered two-wheelers in China. However, like many OEMs with legacies built on combustion power, DCJ is interested in the electric vehicle transition. That’s why it teamed up with Gogoro, and also why it took this opportunity to unveil its first-ever electric two-wheeler prototype, which uses PBGN technology. At present, the plan is to make this scoot available for sale some time in 2022.

If the proof is in the pudding, then we’re finally starting to see Gogoro get out the spoons and offer more markets a bite. It’s Gogoro’s tenth anniversary this year, and it’s taken action to enter the world’s two biggest two-wheeler markets so far. The company has also indicated interest in expanding within Southeast Asia, the third-largest two-wheeler market in the world. Expansion plans beyond that aren’t quite as clear yet, but are likely lurking just a little lower on Gogoro’s to-do list. As ever, we look forward to seeing how it all plays out. 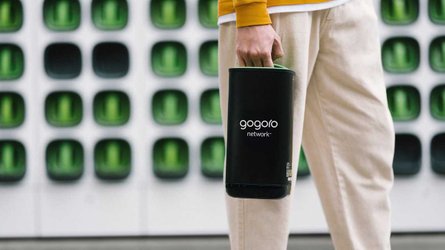 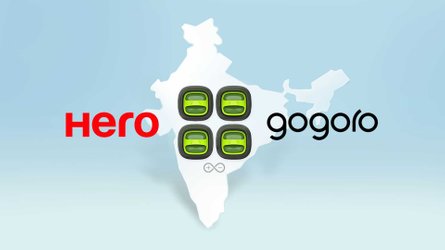 Gogoro And Hero MotoCorp Team Up On Battery Swapping Partnership