We could soon see some serious performance-oriented machines from the Chinese manufacturer.

Chinese motorcycle manufacturer Benda has surely been flexing its muscles when it comes to rolling out new designs, which are surprisingly fresh, considering their country of origin. Do note, however, that when I say "fresh," I mean to say that Benda seems to have put some effort in coming up with designs which aren't blatant copy-paste rip-offs of other bikes.

It's clear that Benda has a very futuristic design language, employing plenty of boxy, sharp, and angular shapes into its designs. We've seen what they're capable of from a styling perspective with the inline-four-powered LFC700 cruiser and the Tang Knife naked streetfighter. However, we don't really know how the company fares from a technological point of view. This could very well soon be about to change, as Benda recently unveiled two new V4 engines in the recently concluded Chonqing Moto Expo.

Beasts From The East: 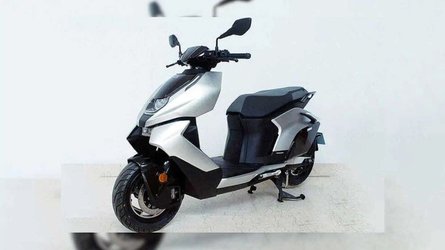 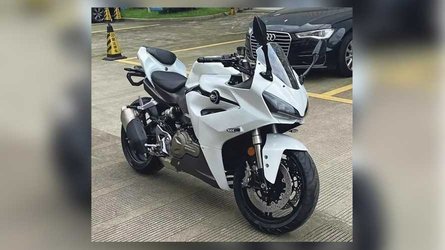 Both engines are a first for any Chinese motorcycle manufacturer thanks to their displacement and configuration. Up until the reveal of these two motors, the largest, most technologically advanced China-made motor was the KTM-derived parallel-twin engine in the recently launched CFMoto 800MT. The first of the two motors launched by Benda is a large, 1,198cc V4 motor which has been designated BD476. It has a bore and stroke of 76 x 66mm, which are similar to the dimensions of the V4 engine found in the Yamaha VMAX. The engine's 16-valve, dual-overhead-camshaft setup affords it an impressive power output of 153 ponies at 9,500 RPM.

It's more than likely, given the dimensions and power output of the BD476, that it'll be suitable for use in a large capacity cruiser or sport-touring machine. Maybe even an adventure bike to rival the likes of the Ducati Multistrada V4. That said, the likelihood that this motor will feature in a superbike is rather slim.

The second V4 engine, designated BD453, is something se haven't seen in a very, very long time. With an effective displacement of 496cc, this midsize V4 is suited for the popular middleweight segment consisting of sporty machines. Extremely popular in Asia, bikes of this capacity offer just the right amount of power to be versatile for use around the city, highways, and twisty roads. With around 56 horsepower on tap, it'll definitely be interesting to see this engine fitted to a sporty platform, say a sportbike similar in nature to the Honda VFR400 from 1986.