It was just a matter of time before CFMoto cracked the European market. Since the Chinese brand partnered with KTM, it put the fruits of that agreement to good use with the 1250TR-G, 700CL-X, and 800MT. With such European-influenced design and engineering, it only made sense for CFMoto to import its budget-friendly motos to the old continent.

The brand’s first wave will include several small and medium-capacity motorcycles. Starting with the lineup’s entry point, CFMoto’s 300NK should go toe-to-toe with the best beginner bikes on the market. The liquid-cooled, DOHC, four-valve, 292cc single produces 27.9 horsepower, delivering a tractable powerplant for inexperienced riders. The engine is the star of the show but the supporting cast also shines.

The tubular steel frame, USD fork, preload-adjustable rear monoshock, and dual-channel ABS all contribute to the budget-conscious package. A 31.3 seat height and 333-pound curb weight make the 300NK perfect for new riders, and the 3.3-gallon gas tank keeps them in the saddle. For those looking for a bit more bite, the 650NK should be more than enough to chew on.

Leveraging the same parallel-twin, the 650MT tweaks the formula to accommodate adventure touring. The chassis, braking system, and mill remain the same, but the MT variants gain a 4.8-gallon gas tank and an off-road-appropriate 32.7-inch perch. It also gains 22 pounds in the process, though. On the other hand, the 650GT suits road warriors with a touring-friendly front fairing, a 5-gallon petrol tank, and a 31.5-inch seat height.

Prices for the 300NK, 650NK, 650MT, and 650GT aren’t available yet, but Italian dealers expect them to hit showroom floors by June, 2021. The CFMoto also plans to ship the 800MT and 700CL-X to Europe in 2022. We may have seen the Chinese brand lining up its range for the international market, but there’s no telling where it goes from here.

Ready For The World: 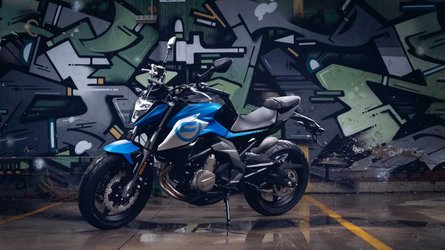 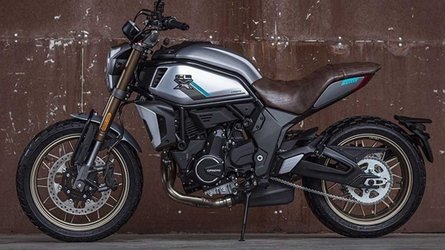